The Greatest Contradiction of Common Sense 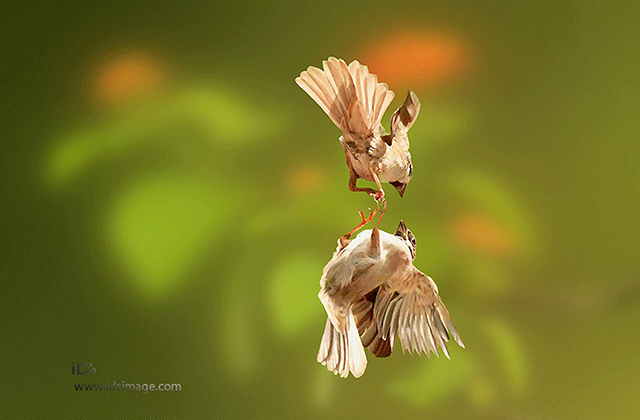 This essay is about a shocking contradiction in our common sense about the nature of reality; a contradiction that you are probably totally unaware of. Becoming aware of this contradiction has the potential to change your life.

On the one hand, our common sense says that the colors we see, the sounds we hear, the smells we feel, the textures we sense, are all the actual and concrete reality. We take it for granted that they are all really ‘out there,’ in the sense of being outside our heads. On the other hand, our common sense also seems to suggest that death is the end of our consciousness. Even if we don’t acknowledge this intellectually or spiritually, most of us fear the end of consciousness with enough sincerity to betray our belief in its possibility.

Now, the point of this essay is extraordinarily simple: these two common-sense beliefs are mutually exclusive. They cannot be both true. Either everything you sense around you right now, including the computer in front of you, is a kind of “hallucination” inside your head, or your consciousness doesn’t end upon what we call physical death. And by the time we come to the end of this essay, I believe you will agree with me.

Let’s start with the postulate that bodily dissolution — death — indeed implies the end of consciousness. Such a notion is entirely based on the idea that your body, particularly your brain, generates all your experiences. After all, what other reason could we have to believe that consciousness ends if the brain stops working? But if the notion is true, then all of your subjective experiences and their qualities — colors, sounds, flavors, textures, warmth, etc. — are merely representations created within your head. The “real world out there” has none of the qualities of experience: no colors, no melody, no flavors, no warmth. Supposedly, it is a purely abstract realm of quantities akin to mathematical equations. It cannot even be visualized, for visualization always entails qualities of experience. In essence, if this is true, your entire life unfolds inside your skull. Your actual skull is somewhere beyond the room where you are sitting, enveloping it from all sides. After all, the room you are experiencing right now is supposedly within your head.

Therefore, either all reality you can ever experience is a kind of “hallucination” inside your skull, or we have absolutely no reason to believe that physical death entails the end of consciousness. It’s one thing or the other. You take your pick: which alternative is crazier? I’ve taken mine: I am unable to deny the reality of my immediate experience, which far precedes the models and abstractions of our mad materialist culture.

So let us dare entertain the possibility that reality is exactly what it seems to be: that it has qualities, not just quantities. Let us acknowledge what every civilization before Western rationalism always took for granted: that colors, smells, sounds, and flavors are really out there, not just inside our heads. How do we then explain the big questions that materialists claim to require an abstract reality fundamentally outside consciousness in order to be made sense of?

First question: “If reality is a kind of dream in consciousness, how come we seem to be all sharing the same dream?” The idea behind this question is that, because our bodies are not connected in the fabric of space-time, our personal psyches are also not connected and, therefore, cannot be sharing a dream. But this assumes that consciousness is in the body, as opposed to the body in consciousness. If our bodies are in consciousness, the fact that our bodies are separate does not imply that our psyches are also separate. Nothing in our experience prevents our psyches from being connected — unified — at the deepest, most obfuscated level, like the visible branches of a tree unite at the invisible root. That highly obfuscated, collective root level may well be the unified source of the shared dream we call consensus reality. And that there are highly-obfuscated segments of mind (so obfuscated, in fact, that depth psychology routinely uses the misnomer “unconscious” to refer to them) is an established fact in psychology.

Second question: “Clearly we cannot change reality by merely wishing it to be different, therefore reality must exist outside consciousness.” The problem here is to confuse phenomena that fall outside the sphere of volition — our wishes — with phenomena that fall outside consciousness itself. Not all conscious processes fall in the field of volition, as we all know: our nightmares, spontaneous visions, hallucinations, etc., are all undeniably subjective, but not under the control of our wishes. To say that all reality is in consciousness does not contradict the fact that much of reality unfolds according to strict regularities that we’ve come to call the “laws of nature.” It only means that processes in a particular segment of mind —the obfuscated, collective root level — unfold according to strict regularities. To say that all nature is grounded in consciousness does not imply that all nature is grounded in the whimsical, tiny segments of consciousness that we call our personal egos, in exactly the same way that dreams and visions aren’t grounded in the ego either.

Third question: “There are tight correlations between brain states and subjective experience. Therefore, the brain must generate consciousness.” Well, there is an alternative way of seeing this that is incredibly self-evident: the brain is not the cause of consciousness, but merely the image of a process in consciousness. Take lightning: it doesn’t “generate” or “cause” atmospheric electric discharge; it’s just the way atmospheric electric discharge looks. Take a whirlpool in a stream: it doesn’t “generate” water; it is simply the way water flow localization looks. There is nothing to a whirlpool but water, yet we can point at it and say: “There is a whirlpool!” Similarly, there is nothing to the brain but consciousness, yet we can point at it and say: “There is a brain!” As a whirlpool is the image of flow localization in water, so the brain is merely the image of flow localization in consciousness. As such, it is no surprise that brain states correlate with personal — that is, localized — subjective experience: one is simply the outside view of the other! Yet the brain doesn’t “generate” consciousness for exactly the same reason that a whirlpool doesn’t generate water.

All questions that lead materialists to naively insist on the existence of an unprovable, abstract universe outside consciousness can be logically and empirically made sense of under the rigorous and parsimonious view that all reality is a phenomenon of consciousness, in consciousness, as I explain in my book Why Materialism Is Baloney. Your intuition that the world you experience around you right now, with all its colors, sounds, smells, and textures, is the actual reality — as opposed to a kind of hallucinated reproduction inside your head — is entirely correct. The implication of that, however, is that your consciousness — your subjective feeling of being — will not cease to exist upon your physical death. This is an inescapable conclusion derived from logic, clear thinking, and empirical honesty, not mere wishful thinking. It so happens to also be a hopeful conclusion.