The Fish, the Net and the Water 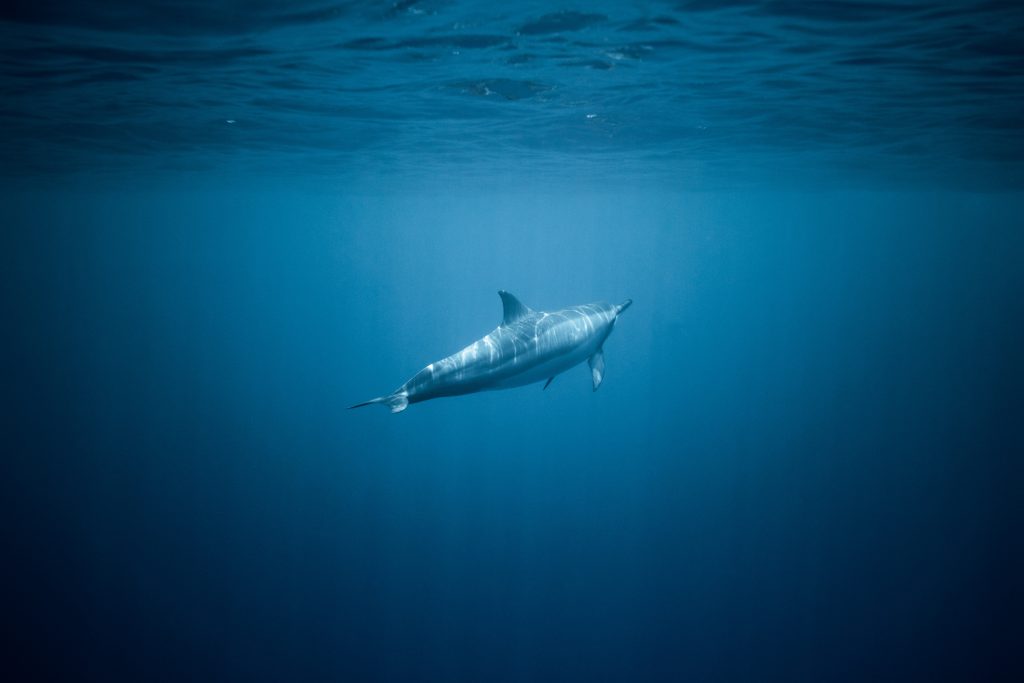 Once the fish said to the turtle:

“I have heard about a huge thing that is called ‘the ocean.’ Does it really exist? I am looking around in search of it, but I can only see sand, shells and other fishes. Where is the ocean?”

“The ocean is everywhere, inside and outside you, but if you look for a particular thing, you’ll miss it.”

If you feel like the fish of the story, I invite you to try the following experiment:

To start, look around as usual. Shifting from one image to another, your visual attention focuses sequentially on each object through the naming activity of mind.

Now relax your eyes and try to stare globally at the space, rather than at any particular thing. As all the objects get out of focus, you may notice a vast widening of your visual field.

Once your object-oriented attention spontaneously reverts into a state of directionless suspension, ask yourself:

“Can I find any precise ‘edge’ where the space ‘out there’ ends and my awareness ‘in here’ begins?”

“Is there actually any borderline or separation between space and awareness?”

While checking this, a sort of thrill or vertigo could occur, like free-falling in a bottomless abyss.

Stay still and relax, until even this ‘aware space’ fades away.

What remains is unspeakable.

You are resting as the unknown ground of being.

All that you can perceive, know or understand is always limited to a particular form; it is not the Whole.

It is only the map, not the territory.

A map is made of several concepts and words that are linked together by the net of our thought, in order to give us a schematic as well as abstract view of the world we live in. It is just a useful tool, though unfit to capture the true essence of reality.

A fisherman’s net is actually a set of holes kept together by ropes; it can only catch fishes, but not the water in which it is totally immersed.

Similarly, the net of our thought can only grasp fragmented concepts about reality, but reality as such is always beyond its reach.

So, the inadequacy of our conceptual maps for a full understanding of reality pushes us to make them more and more intricate, on the assumption that, once they become complex enough, then they will finally be able to grasp the whole ‘truth’ from every possible point of view, which is tantamount to taking countless photos of a river in the impossible task to reproduce the actual flow of its stream. No matter how many there are, fixed photos will never be able to replicate any movement.

Reality is not a problem that should be solved, however complex we can imagine it is; reality is a mystery indeed.

We cannot ‘solve’ a mystery as if it were a problem; we can only fall into it and realize that we don’t need to ‘understand’ it, because we are it anyway.

Yet, out of frustration for being unable to understand the whole truth, we keep on creating more and more complex maps, instead of surrendering to the evidence that the mystery of existence is actually too simple to be known by mind’s complications - so simple, that it eludes any attempt to grasp it by thought.

However, sooner or later, our belief in concepts and mental maps spontaneously collapses – and this occurs in our life more often than we expect, though we usually don’t realize it consciously.

Then we may find ourselves free-falling in the unknown emptiness where the utter simplicity of being explodes into the wonder of this multifaceted universe.

In the light of this recognition, it becomes totally irrelevant whether our conceptual maps are at work or not, since they too – as any other experience – are just a momentary expression of the utter simplicity of being.

Mauro Bergonzi taught Religion and Philosophy of India at the Università degli Studi di Napoli for thirty years. He is author of academic essays and articles on Oriental Philosophies, Comparative Religion, Psychology of Mysticism and Transpersonal Psychology. Since 1970 he has practiced meditation and after a natural and spontaneous fading out of both seeking and the seeker, only a radical nondualism prevailed. In this respect, his long-standing familiarity with the teachings of Nisargadatta Maharaj, Jiddu Krishnamurti and Tony Parsons was crucial. In the last ten years, he has been invited to give regular satsang in Italy.