The Fabric Of Reality 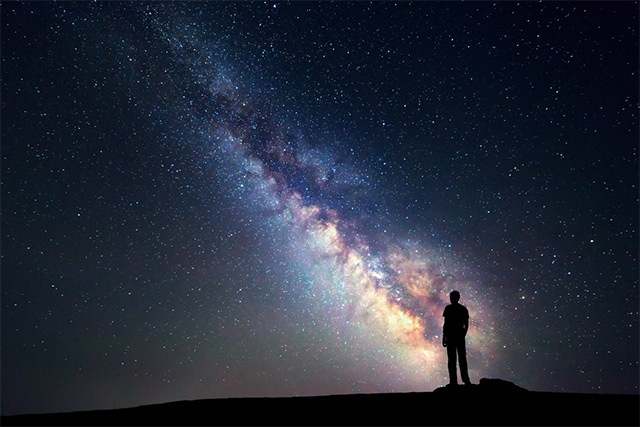 The Hebrew bible opens with the following passage in the book of Genesis:

In the beginning God created the heavens and the earth. And the earth was without form and void; and darkness was upon the face of the waters.

In the original Hebrew in which this passage was written, the phrase ‘without form and void’ is expressed by the word Tohu-wa-bohu. If you look up this term in Wikipedia you will see the following:

Tohu wa bohu (תֹ֙הוּ֙ וָבֹ֔הוּ) is a Biblical Hebrew term found in the Book of Genesis 1:2. Numerous interpretations of this phrase were made by various theological sources, though it is usually translated as “waste and void,” “formless and empty,” or “chaos and desolation.”

Tohu wa bohu is also a part of idiomatic modern Hebrew, spoken day to day by Israelis and denotes a state of disorder. Israelis (I grew up in Israel until the age of nine) pronounce it Tohu va vohu. As a side note, there are other biblical expressions that to non Hebrew speakers have specific divine connotations but to a native Israeli have more mundane meanings. For example, to a Christian the term Son Of Man (Ben Adam in Hebrew) denotes the divinity of Jesus but to an Israeli it is an expression used day to day that simply means a human being – a son of Adam. I am not sure in what context Jews used this expression during the time of Jesus.

That the word Tohu-wa-bohu can be translated as both a void/emptiness and chaos/disorder warrants further analysis. On the surface, the concept of a void or formlessness appears opposite to the notion of chaos or disorder. Why then does Tohu-wa-bohu capture both meanings?

First, I will offer a scientific perspective.

Another feature of entropy is that it is at a maximum when the system is perfectly homogeneous.

For example, imagine a box containing sand in which you write a message with your finger. The box of sand is in a low entropy state because it contains information. Now, suppose you shut the lid on the box and shake the box so thoroughly that the grains of sand have been thoroughly mixed. The grains of sand are now homogenized. There are no longer any pockets of structure in the sand but only a formless collection of sand grains.

If having some Thing (be it atoms, electrons, radio waves or any other Thing) entails some structure then a state of complete homogeneity or formlessness is equivalent to no Thing.

You can legitimately claim that my analysis above involves some degree of “hand waving” but due to the limited scope of this article I will not introduce more rigor. However, the ideas I outlined do have a rigorous foundation.

I hope I have piqued your interest in these ideas enough to compel you to pursue further reading and research on your own.

In the beginning God created the universe from Tohu-wa-bohu/formlessness/ nothingness. That makes a lot of scientific sense in light of my analysis above. I propose that the universe is created ex nihilo (from nothing).

The Big Bang is said by Physicists/Cosmologists to have originated from a state of maximum temperature and entropy. The analysis above equates maximum entropy to nothingness. We see that there are shades of the Genesis creation account in Big Bang cosmology.

The next question I will address is how something can come from nothing. I will analyze this topic from two perspectives:

1) The existence of something within nothing. An existence within non existence.
2) The emergence of complexity/order from simplicity/disorder.

In Information Theory there is a principle called Zero-Sum Game. If you look up this term in Wikipedia you will see the following:

In game theory and economic theory, a zero-sum game is a mathematical representation of a situation in which a participant’s gain (or loss) of utility is exactly balanced by the losses (or gains) of the utility of the other participant(s). If the total gains of the participants are added up, and the total losses are subtracted, they will sum to zero.

An interesting way of wording this is that in a Zero-Sum system something exists within nothing. In such a system, the answer to the question of why there is something rather than nothing would be that there is still nothing. There is complete positive/negative symmetry between the components of such a system.

This is reminiscent of the principle of Yin/Yang or Alpha/Omega. In a Zero-Sum system it is impossible for this symmetry to be broken and for there to be a net something. Another way of expressing this is that in a Zero-Sum system all ‘things’ are embedded in nothingness.

So to the question of how in a universe emanating from nothing there can be something, the answer is that the universe is a Zero-Sum Game and there is still nothing. All aspects of Creation are symmetrically embedded within the nothingness. For every up there is a down. For every gain there is a loss. For every action there is a reaction.

The conservation of nothingness in our universe is the greatest ode to God. Every rock, every living creature, every creation in the heavens and on the earth sings its praises to God in this way. In this way the signature of God is etched into every aspect of Creation.

An important stipulation is that the complexity/order that emanates from a less complex/ordered system (the source) must do so without any influence external to the source. The complexity must be due to an intrinsic aspect of the simplicity from which it arises. Otherwise, the complexity would not be emanating from a simpler state but instead from another (external) complex system.

Synchronization of the blinking light from thousands of fireflies in Southeast Asia. 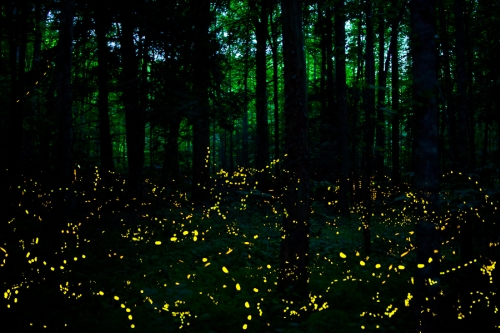 Synchronization of heartbeats by biological pacemakers.

In nature, as well as in mathematics or formalized logic, there is a way for complexity to emanate from simplicity in this intrinsic manner. If you look up self-organization in Wikipedia you will see the following:

Self-organization is a process where some form of global order or coordination arises out of the local interactions between the components of an initially disordered system. This process is spontaneous: it is not directed or controlled by any agent or subsystem inside or outside of the system; however, the laws followed by the process and its initial conditions may have been chosen or caused by an agent. It is often triggered by random fluctuations that are amplified by positive feedback.

The last sentence in this definition says that systems can self-organize by using a feedback loop mechanism. This is also called a self referencing mechanism. In mathematics, the fascinating Incompleteness Theorems of Kurt Godel are based on the self referencing nature of logic. Another foundational field based on self reference is Chaos Theory.

I hope the reader can now appreciate how self-organizing systems which produce spontaneous order from disorder are relevant to the question of how something can come from nothing.

The perceptive reader will ask why does nothingness feed back upon itself? I will answer this question towards the end of this article.

I will now discuss something which seems unrelated to the analysis above. I will discuss God’s holiest name in the Hebrew bible.

God’s holiest name is known as the Tetragrammaton. It is composed of four Hebrew letters represented by the Latin letters YHVH. There has been much speculation about the meaning of the Tetragrammaton. The following is my interpretation of its meaning and in so doing I will leverage the concepts that I have developed in this article.

In Hebrew, the letters of the alphabet have their conventional use for forming words, but each letter also has a spiritual or abstract meaning. The following are the abstract meanings of the three distinct letters in the Tetragrammaton:

1) Yud (Y) denotes an initial point of creation.
2) Hey (H) denotes the innermost essence of God.
3) Vav (V) has no abstract meaning on its own. It just connects the meaning of two letters.

The above meanings of the letters in the Tetragrammaton are the accepted meanings and not my interpretation.

Let’s interpret YHVH in light of this.

The Tetragrammaton is simply a terse way to state the concepts I have put forward in this article. It says that Creation is a result of the innermost essence of God, the Tohu-wa-bohu, looping back unto itself.

This is a breakthrough, in my opinion, in understanding the Tetragrammaton in the context of the scientific and mathematical concepts I have discussed in this article. The Tetragrammaton is simply a self-organizing phenomenon. But this particular self-organizing phenomenon is the grand daddy of them all. It is the primordial source of all Creation. It is the Big Bang itself emanating from the core of God.

The book of Genesis is truly inspired by God. It is written by people (or the person of Moses depending on your beliefs) who listened to the semantic spaces within their soul and God radiated from those spaces and spoke to them from a place of silence and darkness that is louder and brighter than sound and light – the void from which Creation emanates.

Curving Back on Myself, I Create Again and Again.

Do you see the similarity with my interpretation of YHVH?

I will end this article by delivering on a promise I made earlier. Why does the nothingness execute a feedback loop? Why does it curve back on itself? My answer will seem to some like only a word game of no relevance, but remember that in the beginning was the Word. The reason that nothingness references itself is the following:

Nissim is a software developer and a writer. His novel Shards Of Divinites is available on Amazon as an eBook as well as a paperback. It addresses in more detail the questions I tackle in this blog post. His novel is available at: http://amzn.to/1Y9Mp7F,  twitter @nissim_levy