The End of Everything: Dr. Katie Mack

Not to give anything away, but “in about five billion years, the sun will swell to its red giant phase, engulf the orbit of Mercury and perhaps Venus, and leave the Earth a charred, lifeless, magma-covered rock.” That’s how Katie Mack starts her story. It’s downhill from there.

Many books have been written about our cosmic origins: the creation of the universe 13.8 billion years ago; the Big Bang and all that followed. The denouement, presumably tens of billions of years away, remains comparatively mysterious. How does it all end? For that matter, does it all end, or can we keep on in our merry way indefinitely? In “The End of Everything: (Astrophysically Speaking),” Mack, a theoretical cosmologist at North Carolina State University, attempts to answer what might seem the most remote of scientific questions.

“Some say the world will end in fire, / Some say in ice.” She gives Robert Frost his due. She doesn’t bother with T. S. Eliot: “not with a bang but a whimper.” Traditional speculation about the end times, the end of days, comes from religion, where it is called eschatology. Apocalypse, doomsday, Judgment Day — all this, for theologians, provides a way of thinking about the meaning or purpose of existence. Our destiny, if only we could know it, might provide some reason for why we’re here.

Does the arc of the moral universe bend toward justice? Does it bend anywhere at all? When Martin Luther King Jr. said it did, he was paraphrasing the 19th-century abolitionist minister Theodore Parker, who also said: “My eye reaches but little ways. I cannot calculate the curve and complete the figure by the experience of sight.”

The eye of astrophysics reaches a great deal farther now. Cosmologists calculate the curve and complete the figure by employing a potent arsenal of instruments and methodologies. Optical, radio, X-ray and gamma ray telescopes on mountaintops and in space, underground neutrino detectors and gravitational-wave observatories extend our sight to the edges of the universe. But what that really means is that they extend our sight into the past.

This is perhaps the most basic fact of cosmology, sometimes taken for granted, and Mack explains it elegantly. Telescope users have a window into time. Light travels at finite speed, so everything comes to us with its own time delay. We see the sun not as it is now but as it was eight minutes ago. All we can know of a galaxy 10 billion light-years away is what it looked like 10 billion years ago, when the universe was young. “We can look even farther back,” she writes, “and see matter swirling into supermassive black holes in a universe less than 500 million years old, when starlight had only just begun to penetrate the darkness between galaxies.”

“The End of Everything” is a pleasure. Mack’s style is personal and often funny as she guides us along a cosmic timeline studded with scientific esoterica and mystery. Most of what astronomers know comes not from seeing but from deduction — complex ladders of logic, building upon one another. Black holes were first inferred and then understood in more and more detail and now can just barely be said to have been “seen.” Two of the most crucial components of the current picture of the universe, dark matter and dark energy, are so-called precisely because they are invisible. Scientists say they can see the Big Bang, and they can, in a way, but what they mean is that they can detect via radio telescopes a faint microwave radiation coming from all directions in space — the remnant of a time when the entire universe was a fast-growing fireball.

Astrophysicists’ techniques for looking backward through the eons can let them peer into the future, too. The equations of physics run forward as well as back. A picture begins to emerge of the far-future evolution of the universe — more than one picture, painted in broad strokes by cosmologists with conflicting theories. Mack organizes the current thinking into a handful of scenarios, some more plausible than others.

One is the “Big Crunch.” We know the universe has been expanding since the Big Bang. That is to say, space itself is expanding: Galaxies, stars and all other things in the cosmos move farther and farther apart. It’s possible that the expansion will eventually slow, stop and reverse itself, like a ball thrown up in the air that then comes back down. And then? Catastrophe. High-energy particle jets and radiation from stars condense and ignite a conflagration. “Nuclear explosions tear through stellar atmospheres, ripping apart the stars and filling space with hot plasma,” Mack says. “At this point, things are really very bad.” You can tell she’s enjoying this.

Alternatively, the expansion keeps on going until everything attenuates and fades into nothingness. This cosmic endgame is the one known as “heat death.” You’ve heard of entropy: the inexorable tendency toward disorder described by the second law of thermodynamics. It’s entropy that does us in. This scenario is “a slow and agonizing one,” Mack says, “marked by increasing isolation, inexorable decay and an eons-long fade into darkness.” Everything tends toward equilibrium, and equilibrium means death. Stars burn out, galaxies fade into darkness, even black holes evaporate. This notion has been with us since the development of thermodynamics in the 19th century. H. G. Wells visualized it this way in “The Time Machine”: “It would be hard to convey the stillness of it. … The darkness thickened. … All else was rayless obscurity. … A horror of this great darkness came on me.”

Other possibilities involve dark energy, a still poorly understood business that seems to be the dominant component of our universe. A dark-energy apocalypse could “tear apart the very fabric of reality, rendering any thinking creatures in the cosmos helpless as they watch their universe being ripped open around them,” Mack says. Some paths to destruction arise from theories that involve parallel universes lurking in extra dimensions. A so-called “ekpyrotic” scenario imagines collisions of “branes,” three-dimensional universes ordinarily invisible to one another. At the fringes, the cosmological theories with the best jargon and cleverest names are often the most speculative.

Forty years ago, when much of this science was new, the physicist Freeman Dyson complained that some of his colleagues felt it was “disreputable” to study our universe’s destiny. He urged them to do it anyway. “If our analysis of the long-range future leads us to raise questions related to the ultimate meaning and purpose of life,” he wrote, “then let us examine these questions boldly and without embarrassment.” 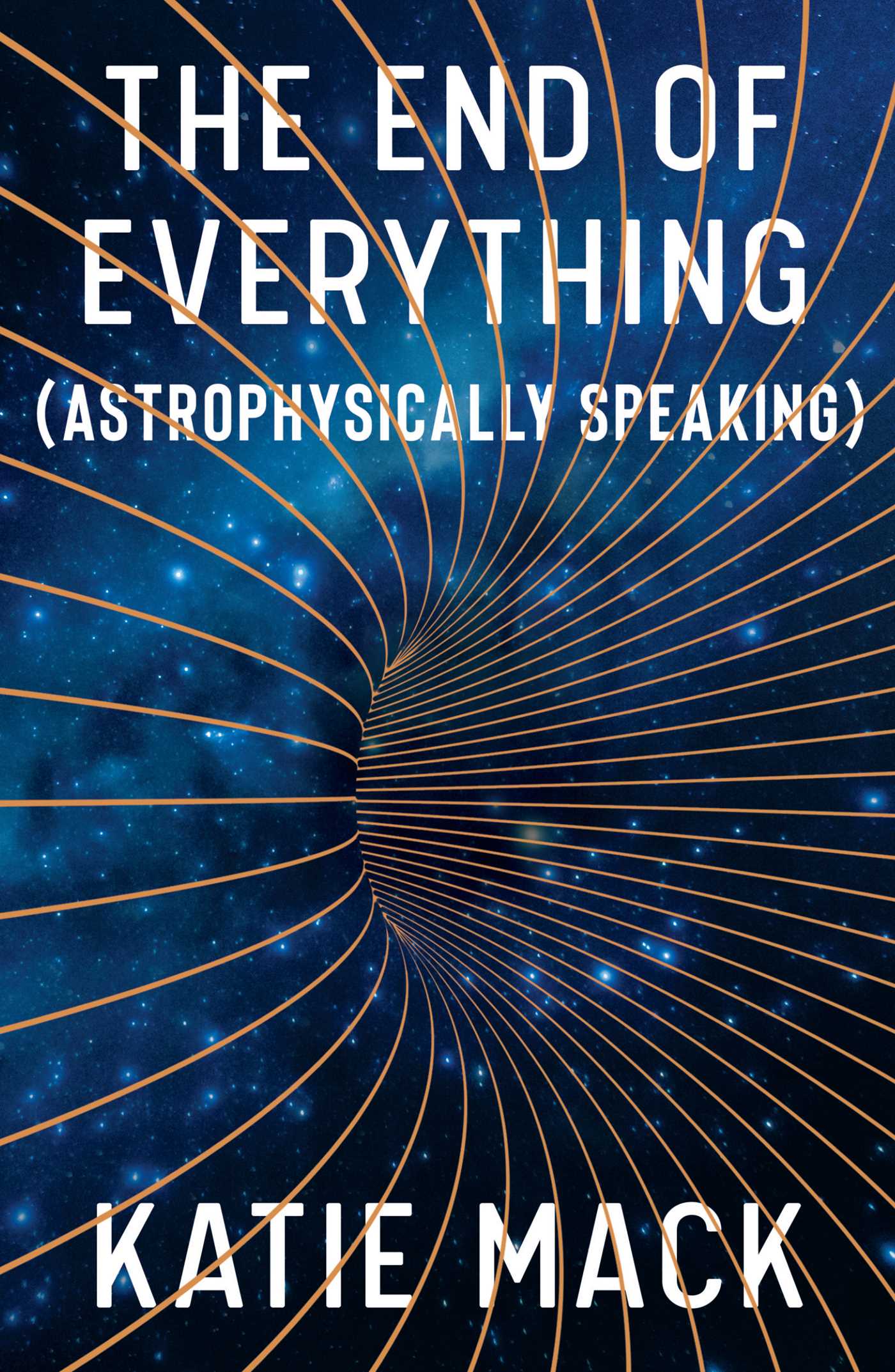 This might seem like the wrong time for a book peering billions of years into the future to examine the ultimate doom and destruction. We have doom and destruction of our own to worry about, arriving faster and faster. These days many people wake up wondering if we’ll make it past November. Plague is rampant. The Arctic Circle is on fire. Still, I found it helpful — not reassuring, certainly, but mind-expanding — to be reminded of our place in a vast cosmos. Mack puts it this way: “When we ask the question, ‘Can this all really go on forever?,’ we are implicitly validating our own existence, extending it indefinitely into the future, taking stock and examining our legacy.”

It seems safe to say, though, that any meaning and purpose will have to be found in ourselves, not in the stars. The cosmic end times will bring no day of judgment, no redemption. All we can expect is the total obliteration of whatever universe remains and any intelligence that still abides there.

James Gleick is the author of The Information: A History, a Theory, a Flood and Time Travel: A History.
This article was first published in the New York Times.