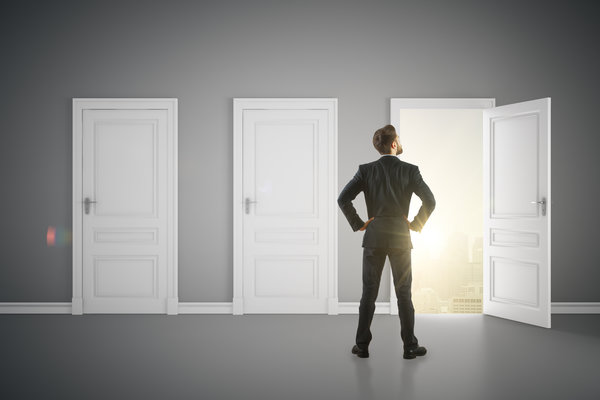 I don’t think that there is Free will. The conclusion first hit me in some sort of primordial ooze of insight when I was about 13-years old, and that conclusion has only become stronger since then. What worries me is that despite the fact that I think this without hesitation, there are times that it is simply too hard to feel as if there is no free will, to believe that, to act accordingly. What really worries me is that it is so hard for virtually anyone to truly act as if there is no free will. And that this can have some pretty bad consequences.

If you’re a neuroscientist, you might be able think there’s free will if you spend your time solely thinking about, say, the kinetics of one enzyme in the brain, or the structure of an ion channel, or how some molecule is transported down an axon. But if you devote your time instead to thinking about what the brain, hormones, genes, evolution, childhood, fetal environment, and so on, have to do with behavior, as I do, it seems simply impossible to think that there is free will.

The evidence is broad and varied. Raising the levels of testosterone in someone makes him more likely to interpret an emotionally ambiguous face as a threatening one (and perhaps act accordingly). Having a mutation in a particular gene increases the odds that she will be sexually disinhibited in middle age. Spending fetal life in a particularly stressful prenatal environment increases the likelihood of overeating as an adult. Transiently inactivating a region of the frontal cortex in someone and she acts more cold-hearted and utilitarian when making decisions in an economics game. Being a psychiatrically healthy first-order relative of a schizophrenic increases the odds of believing in “metamagical” things like UFOs, extrasensory perception, or literalist interpretations of the Bible. Having a normal variant of the gene for the vasopressin receptor makes a guy more likely to have stable romantic relationships. The list goes on and on (and just to make a point that should be obvious from this paragraph, but which still can’t be emphasized too frequently, lack of free will doesn’t remotely equal anything about genetic determinism).

The free will concept requires one to subscribe to the idea that despite there being a swirl of biological yuck and squishy brain parts filled with genes and hormones and neurotransmitters, nonetheless, there’s an underground bunker in a secluded corner of the brain, a command center containing a little homunculus who chooses your behavior. In that view, the homunculus might be made of nanochips or ancient, dusty vacuum tubes, of old crinkly parchment, stalactites of your mother’s admonishing voice, of streaks of brimstone, or rivets made out of gumption. And, in this view of behavior, whatever the homunculus is made of, it ain’t made of something biological. But there is no homunculus and no free will.

This is the only conclusion that I can reach. But still, it is so hard to really believe that, to feel that. I am willing to admit that I have acted egregiously at times as a result of that limitation. My wife and I get together with a friend for brunch who serves some fruit salad. We proclaim, Wow, the pineapple is delicious. They’re out of season, our host smugly responds, but I lucked out and was able to find a couple of good ones. And in response to this, the faces of my wife and I communicate awestruck worship—you really know how to pick fruit, you are a better person than we are. We are praising the host for this display of free will, for the choice made at the split in the road that is Pineapple Choosing. But we’re wrong. Genes have something to do with the olfactory receptors our host has that help out in detecting ripeness. Maybe our host comes from a people whose deep and ancient cultural values include learning how to feel up a pineapple to tell if it’s good. The sheer luck of the socioeconomic trajectory of our host’s life has provided the resources to prowl around an overpriced organic market that plays Peruvian folk Muzak.

It is so hard to truly feel as if there is no free will, to not fall for this falsehood of accepting that there is a biological substrate of potentials and constraints, but that there is homunculus-ish separation in what the person has done with that substrate—“Well it’s not the person’s fault if nature has given them a face that isn’t the loveliest, but after all, whose brain is it that chose to get that hideous nose ring?”

This transcends mere talk of nose rings and pineapples. As a father, I am immersed in the community of neurotic parents frantically trying to point our children in the direction of the most perfect adulthoods imaginable. When considering our kids’ schooling, there is a body of wonderful research by a colleague of mine, Carol Dweck that we always cite. To wildly summarize and simplify, take a child who has just done something laudable academically, and indeed laud her, saying, Wow, that’s great, you must be so smart. Alternatively, in the same circumstance, praise her instead with, Wow, that’s great, you must have worked so hard. And saying the latter is a better route for improving academic performance in the future – don’t praise the child’s intrinsic intellectual gifts; praise the effort and discipline they chose to put into the task.

Well, what’s wrong with that? Nothing if that research simply produces value-free prescription— “‘You must have worked so hard’ is a more effective approach for enhancing academic performance than ‘You’re so smart.’” But it is wrong if you are patting the homunculus on the head, concluding that a child who has achieved something through effort is a better, more praiseworthy producer of choice than a child running on plain raw smarts. That is because free will even falls by the wayside when considering self-discipline, executive function, emotional regulation and gratification postponement. For example, damage to the frontal cortex, the brain region most intimately involved in those functions, produces someone who knows the difference between right and wrong yet still can’t control their behavior, even their murderous behavior. Different versions of a subtype of dopamine receptor influences how risk taking and sensation seeking a person is. If someone is infected with the protozoan parasite Toxoplasma gondii, they are likely to become subtly more impulsive. There’s a class of stress hormones that can atrophy neurons in the frontal cortex; by early elementary school, a child raised amid the duress of poverty tends to lag behind in the maturation of the frontal cortex

Maybe we can get to the point of truly realizing that when we say, “What beautiful cheekbones you have,” we are congratulating the person based on the unstated belief that they chose the shape of their zygomatic arches. But it’s not that big of a problem if we can’t achieve that mindset. But it is a big one if when, say, considering that six-year old whose frontocortical development has been hammered by early life stress, we mistake his crummy impulse control for lack of some moral virtue. Or to do the same in any other realm of the foibles and failures, even the monstrosities of human behavior. This is extremely relevant to the world of the criminal justice system. And to anyone who would say that it is dehumanizing to claim that criminal behavior is the end product of a broken biological machine, the answer must be that it is a hell of a lot better than damning the behavior as the end product of a rotten soul. And it is equally not a great thing to think in terms of praise, of good character, of good choice, when looking at the end products of lucky, salutary biology.

But it is so difficult to really believe that there is no free will, when so many of the threads of causality are not yet known, or are as intellectually inaccessible as having to automatically think about the behavioral consequences of everything from the selective pressures of hominid evolution to what someone had for breakfast. This difficulty is something that we should all worry about.