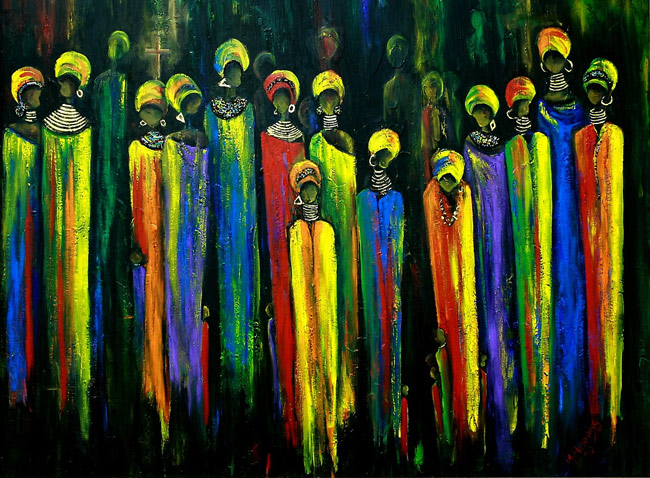 Although we might believe that our suffering is a private affair, this haunting, background agony could also be the cry of the ‘separate selves’ of generations long passed. Is your terror of abandonment an epigenetic marker left by a great uncle interned as insane? Is your perennial guilt the trademark of the grandmother forced to guard death camps in World War II? According to Mark Wolynn, the deeper layers of suffering in our psyche might not be personal at all: they can be part of a long chain of human trauma, passed through epigenetic markers from generation to generation.

Guess what. It didn’t start with you.

We like to think of ourselves as living mysteries in a positive sense, but perhaps the most cryptic part of the mystery of how we are when we suffer can be decoded and healed. Working with inherited family trauma, Mark Wolynn thinks it can.  “We all walk around with mysteries: anxieties we can’t explain; depressions we never get to the bottom of; obsessive thoughts about our children or our partner leaving us; panic attacks or phobias we never really understand.” For Wolynn, author of IT DIDN’T START WITH YOU: How Inherited Family Trauma Shapes Who We Are and How to End the Cycle, each human being has a piece of the ancestral pizza of inherited trauma and often, he says, it’s the loving and caring ones that take the biggest slice. 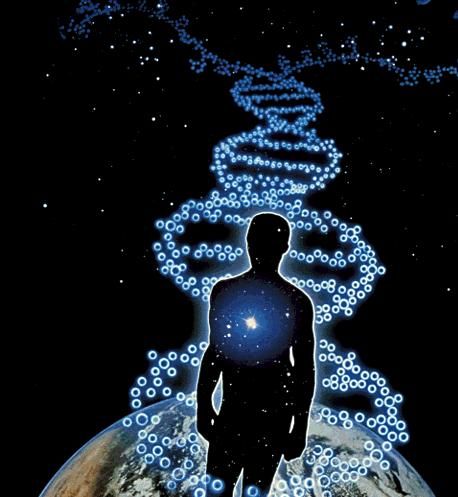 The legacy of family trauma is topical right now, partly due to the discovery of gene alteration through epigenetics. Epigenetics is the study of changes in organisms caused by the modification of gene expression rather than alteration of the genetic code itself. It all began earlier this decade as scientists in 2013 discovered that certain odors with a traumatic history would trigger a stress response in mice of succeeding generations. Science later revealed the traumas of World War II are showing up in the genes of holocaust descendants. “Instead of numbers tattooed on their forearms, they may have been marked epigenetically with a chemical coating upon their chromosomes, which would represent a kind of biological memory,” reported a ground-breaking paper also in 2013. Just this year, scientists from Tel Aviv University addressed the open question: can this genetic damage be corrected? Yes, they answered, there is a high chance that healing the trauma in the grandchild, will remove the epigenetic tag, meaning it’s no longer passed on. The question is, how do you heal a trauma that never happened to you? 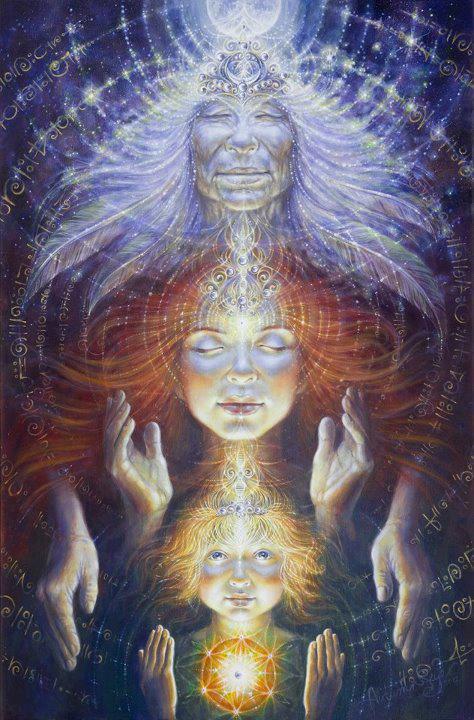 I’m going to kill myself. I’ll lose everything. I’ll be locked away. I’ll go crazy. I don’t deserve to live. This is the language of inherited trauma, repeating as stress-oozing mantras through the undercurrents of mind, sneaking into conversation between sentences, often disguised as small talk. These are the covert hallmarks of generational trauma that Wolynn has a gift for detecting. He calls his method for breaking the cycle of inherited trauma The Core Language Approach.

Wolynn, who facilitates workshops, trainings and individual sessions, will be speaking at SAND California this year. “I want to hear your trauma language. Tell me about your worst fear, the fear you’ve had your whole life. Maybe it’s a feeling you’ve had since birth. If your life suddenly fell apart, if things were to go terribly wrong, what’s the worst thing that could happen to you?”

Working with core language: whether mental, emotional or physical, Wolynn follows the trail back through the generations to help people feel and heal the place where it began: where the expression of a gene may have become silenced or activated by a stress-inducing epigenetic tag. The fear of going crazy or getting locked away, for example, could be traced back to the aunt that no-one talks about that died tragically in a mental institution. “I don’t deserve to live,” could be connected to the unresolved guilt of having killed another human being. Just a few generations after the horror of two cataclysmic world wars, it’s easy to imagine that we could all be tagged in some way.

“Sometimes, people don’t know that they’re affected, because they haven’t decoded their core language. I teach people how to become detectives of their trauma language, so they can follow the breadcrumbs and make the link to where a traumatic event may have originated in a previous generation. When we do this—when we find the language and we make the link—it’s like finding the missing piece of the puzzle that lets the whole picture come into view and gives us the context for why we feel the way we feel.”

Melissa began cutting herself as a teenager. When she was 14, she literally carved the words“FAT PIG” into her inner thigh. As the story unraveled, it turned out that Melissa was adopted, but was not told this until she was 21. She went to visit her biological mother and learned that she had been raped when she was 14 (the same age that Melissa had carved the words ‘fat pig’ into her thigh), and this is how she had been conceived.

“She visits her biological mother and she finds out that her mother, at exactly the same age, was raped. When Melissa came to me, she was 27 and had been cutting her body for 13 years. I asked her: ‘Fat pig, what is fat pig?’ And she says: ‘A fat pig is someone who takes something that isn’t his.’ She used the pronoun ‘his’, but she had never made the connection, and of course, she didn’t know why she cut herself. Yet, her trauma language was etched into her body.”

In some cases involving self-injury, explains Wolynn, “There’s can be a perpetrator and a victim in the family history that no one talks about, and a trauma that hasn’t been resolved. It’s very dual: bad and good. The victim-perpetrator experience gets expressed in the behavior of the self-injurer. In a single action, she perpetrates on herself, and at the same time, she is victimized by herself. When Melissa carved FAT PIG on the sexual part of her leg, she was carving the action of the rape of a mother she never knew she had. She was enacting it as if it were her thigh that the rapist was on.” After working with Wolynn, Melissa stopped cutting.

“When we uncover this trauma language and make the link, we can have more peace. If the light never shines on this language and never shines on this link, the trauma can stay embedded in our experience as ‘ours,’ and that’s the problem,” explains Wolynn, who believes that trauma, as suppressed experience, has a charge of energy that seeks release, if not through the body of the victim, then through the bodies of the children in future generations. “The energy of a trauma doesn’t dissipate by itself,” he explains. “It doesn’t stay boxed up.” 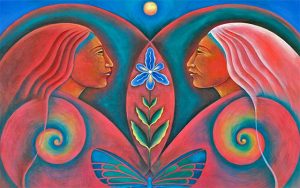 Trauma is literally alive in our DNA, often from conception. “Traumatic events can be stored and passed on biologically to the next generation. Along with these traumatic residues, a new skill set can also be passed forward, ensuring that the next generation will be more prepared to manage similar traumas. But problems can result when we’re walking around reacting to traumas that haven’t happened to us directly, but live on in our genes.”

“To heal these imprints,” says Wolynn, “we often need to have an experience powerful enough to override the old trauma response, and then we need to practice the new feelings of this experience.” By doing so, we pull traction away from the highly efficient trauma cycle that keeps us in a state of suffering, and engage other areas of the brain—specifically our prefrontal cortex—so that new neural pathways are created and our brains can change.

For Mark Wolynn, inherited trauma is not a rare occurrence linked only to exceptional events,“Many of us carry some aspect of unresolved trauma from the past, yet we rarely think to connect our depression or anxiety or physical symptoms to the events of the previous generation. Instead, we tell ourselves: ‘That’s just the way it is. That’s the way I’m wired.’ People could live freer lives if they just explored their family history. The healing of inherited trauma is a service,” says Wolynn, “not only to ourselves, but to our ancestors and to our children.” 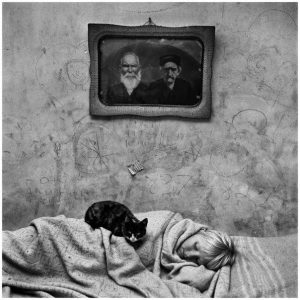 Mark Wolynn’s Website
“I feel very strongly that I am under the influence of things or questions which were left incomplete and unanswered by my parents and grandparents and more distant ancestors. It often seems as if there were an impersonal karma within a family which is passed on from parents to children. It has always seemed to me that I had to answer questions which fate had posed to my forefathers, and which had not yet been answered, or as if I had to complete, or perhaps continue, things which previous ages had left unfinished.”