The Bottomless Pit Behind the Word Consciousness - Part 1, Mauro Bergonzi 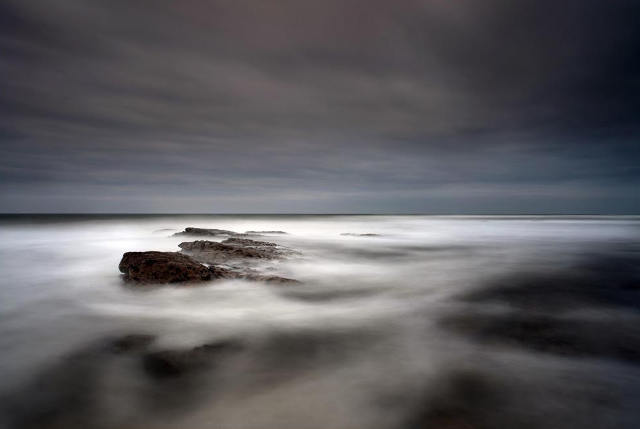 Mauro Bergonzi: Let us start from what is now.

How could we describe what is now?

One way of describing it is that there are shapes, colors, sounds, bodily sensations, thoughts, memories, and so on.

Now, experience, our experiences - seeing, hearing - happen in a perspective that we can describe as first person. I see, I hear, is an alive, first person perception of things. And that is what we usually call consciousness or awareness. Also, what we call awareness is the sensitive space where every experience appears and disappears, because every experience arises and passes away. There is no experience that lasts forever.

And this appearing and disappearing, this arising and passing away of experiences, is what we call change. And the way our thought measures change is what we call time, because our thought segments change in many beats that we call seconds, minutes, hours, days, and so on. So time is the measure of change but, in order to be perceived, change needs a changeless background - and that is also what we call consciousness or awareness. Change is made of experiences that arise and pass away.

Since the name that the mind gives to consciousness usually is I, we can say with Krishnamurti that I Am the World. Consciousness and reality are two sides of the same coin. This is a very strange statement for most of us, because most of us are accustomed to believe that consciousness is a tiny thing inside the mind - that is a tiny thing inside the body, that is inside the external world. Since this is another description that our thought builds up, maybe it’s worthwhile to explore a little bit more closely how thought works.

As an example, a rose seems completely different from garbage or from a thorny branch. Nevertheless, that which we now call a rose was in fact a thorny branch fifteen days ago and will be garbage in another fifteen days. And the rose seems separate from water, from the earth, from the clouds, from the sun, but if we look closely, we discover that it is literally made of the nourishment absorbed from the earth, of the water sprinkled from the clouds, and of the light of the sun that warms and gives life to it.

So, rose, branch, cloud, water, earth, sun, are only different names assigned time and again to one indivisible process that we call universe, where no particular form can be isolated from the whole - just as in a river no single eddy can be separated from the current’s overall motion.

And even our own bodies are nothing more than a continuous flux, flow, of water, food, air and heat, which passing through us becomes us, so that it is impossible to strictly separate what is inside and what is outside. Each word, just to sum up, is a frame that raises a conventional as well as arbitrary edge around some aspect of the whole, differentiating an inside as opposed to an outside, and creating the illusion that that specific form - for example, the rose - is independent and separate from all other forms identified by different names. Actually, rose and garbage are just two names we give to one nameless process that began with the beginning of the universe and will have no end.