The 'Big' Questions in Physics Today 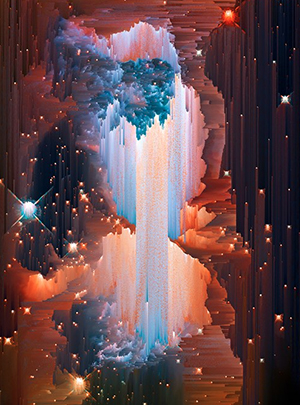 At its heart theoretical physics deals with Big Questions, from black holes to quantum mechanics to the Big Bang. In a recent article on NPR, Marcelo Gleiser, a professor of physics and astronomy at Dartmouth College, presented his list of the top challenges faced by theoretical physicists today.

While theoretical physicists ponder these grand cosmic problems, other scientists continue to study classical physics  — anything from fluid mechanics to understanding why dragonflies fly so well. No doubt some people would prefer to leave this branch of physics in the past — favoring quantum weirdness and strange relativity phenomena — but at the non-cosmic scale of our everyday world of airplanes and buildings, classical physics still functions quite well and it is still utterly amazing. And when you look at the problems tackled by both classical and modern physicists, you can’t help but see it they way Einstein put it: “Contemplate the mystery of conscious life perpetuating itself through all eternity, to reflect upon the marvelous structure of the universe which we can dimly perceive, and to try humbly to comprehend even an infinitesimal part of the intelligence manifested in nature.”