The Best Physics Books in 2016

As 2016 comes to a close, Symmetry writer Mike Perricone takes us through the latest additions to his collection of popular science books related to particle physics.

The year 2016 brought us books on topics such as gravitational waves, the “Pope” of physics, the history of science from the paper of record, and the concept of “now.” 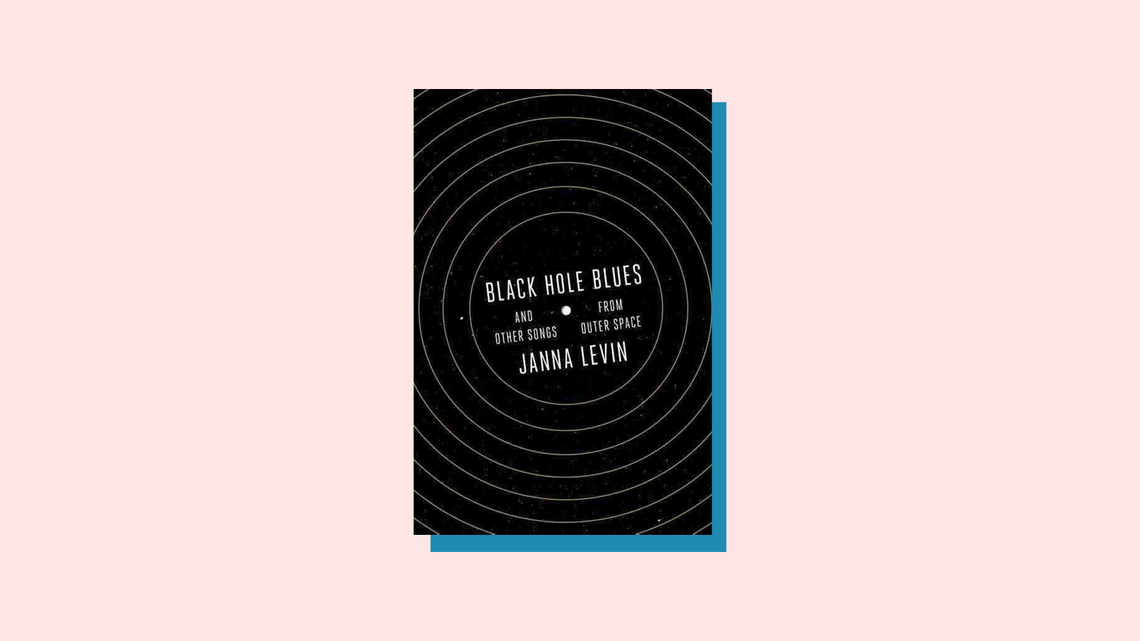 Black Hole Blues, and Other Songs From Outer Space, by Janna Levin

The oldest sound scientists have ever heard was the “chirp” of gravitational waves emanating from a billions-of-years-old collision of two black holes. The sound was intercepted by the Laser Interferometer Gravitational-Wave Observatory, 40 years after the proposal for the detector was rejected.

With the deft touch of a novelist (A Madman Dreams of Turing Machines, How the Universe Got its Spots), Janna Levin, professor of physics and astronomy at Columbia University, follows the struggles of the project’s original 1970s troika—Rai Weiss, Ron Drever and theorist Kip Thorne—and the eventual success of director Barry Barish, who spent 1994 to 2004 putting the project on solid footing. 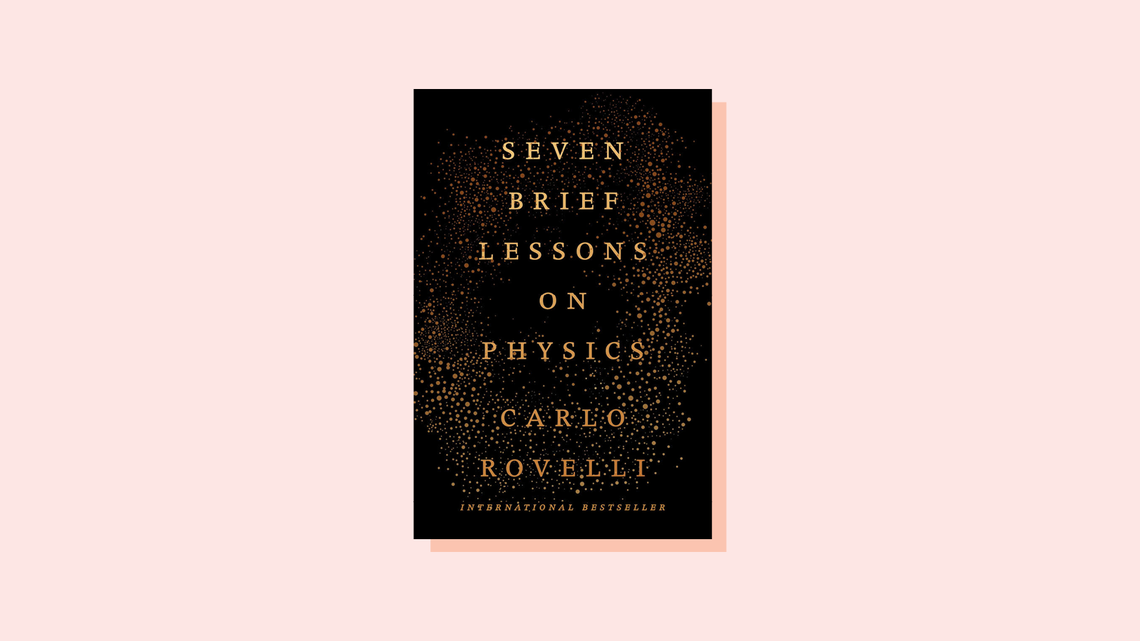 Carlo Rovelli, one of the founders of the loop quantum gravity theory and head of the quantum gravity group at the Centre de Physique Theorique of Aix-Marseille Université, takes readers through a history of physics from Einstein and Bohr to Heisenberg to Hawking.

Special acclaim goes to his translators, Simon Carnell and Erica Segre, who bring us phrases such as these from Rovelli’s original Italian: “[B]efore experiments, measurements, mathematics and rigorous deductions, science is above all about visions. Science begins with a vision. Scientific thought is fed by the capacity to ‘see’ things differently than they have previously been seen.” You’ll want to memorize this poetic gem. 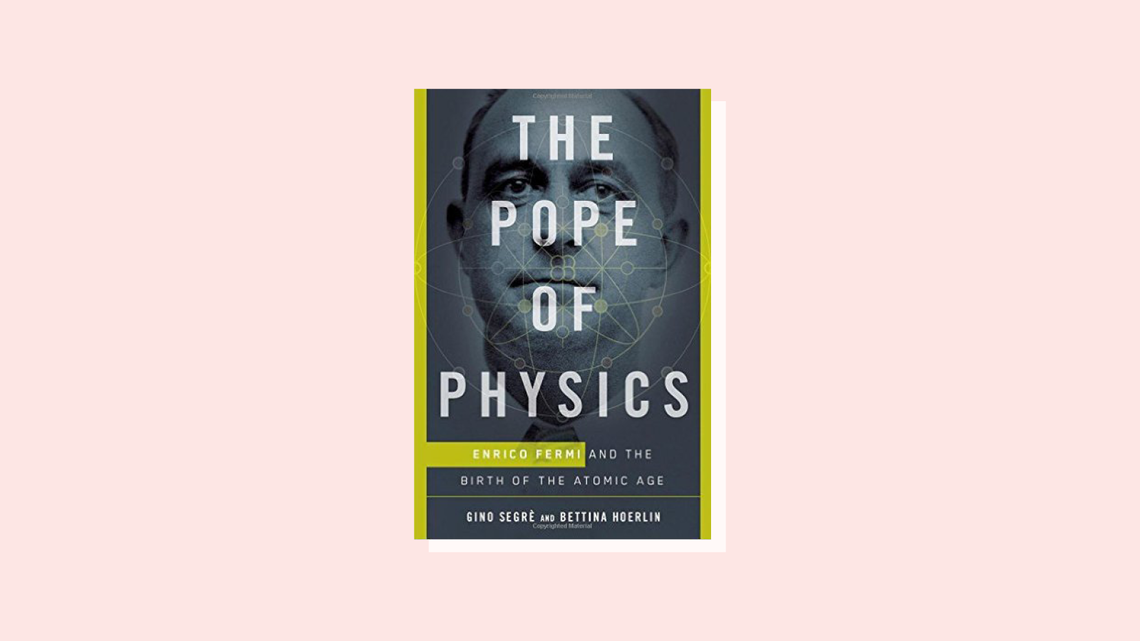 The Pope of Physics: Enrico Fermi and the Birth of the Atomic Age, by Bettina Hoerlein and Gino Segré

Fermi won the Nobel Prize in 1938, and in the following years the prize went to no less than six of Fermi’s students. As a scientist, he was considered infallible: Colleagues and students in Rome dubbed him “the Pope.” 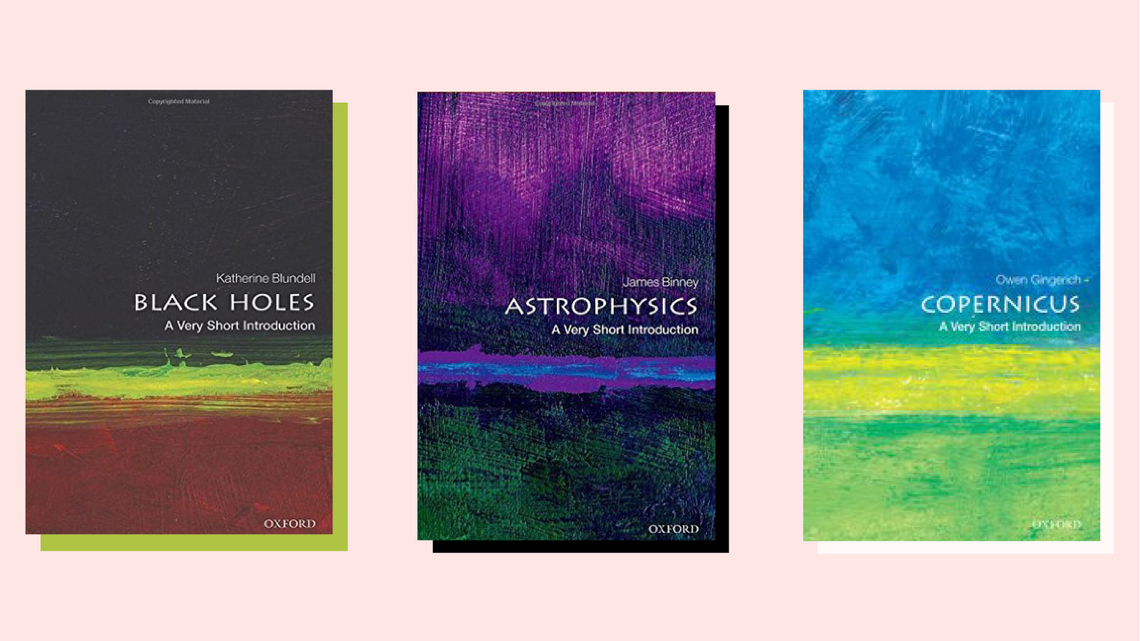 A Very Short Introduction to . . . 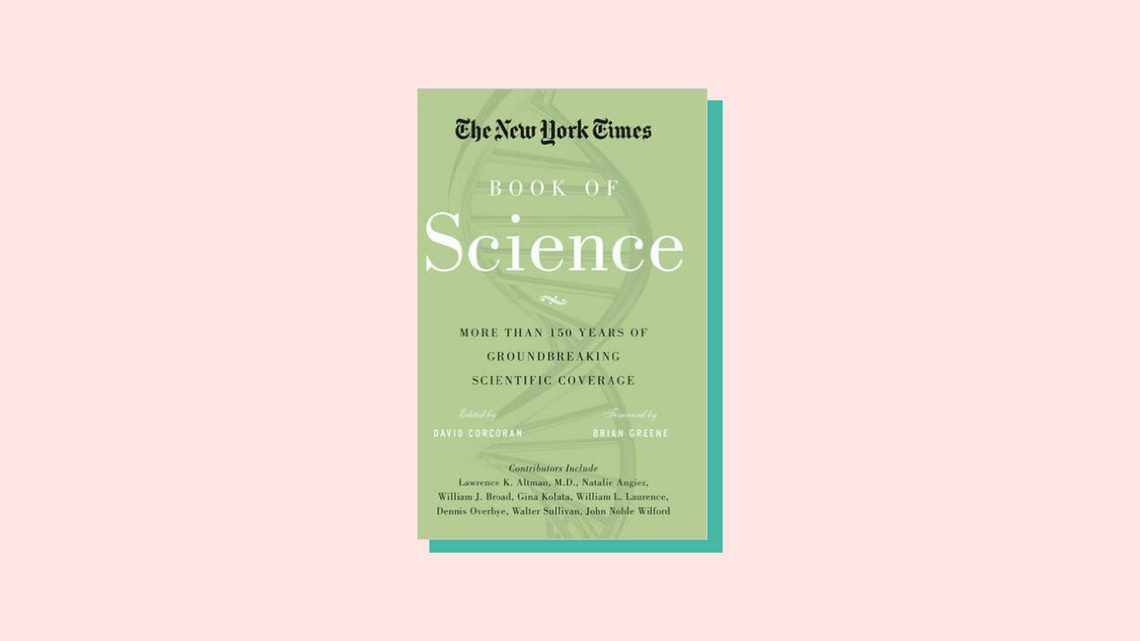 In this tour through a century and a half of science reporting by The New York Times, the sections on astronomy and physics are not to be missed.

From the archives come headlines such as “Star Birth Sudden, Lemaitre Asserts,” from a 1933 conference in Britain (with quotes from early cosmology luminaries William deSitter and Sir Arthur Eddington) and “Einstein Expounds His New Theory,” written in 1919. In the 1919 article, Einstein insists to the reporter endeavoring to explain his extraordinary concepts to lay readers, “I am trying to talk as plainly as possible.” 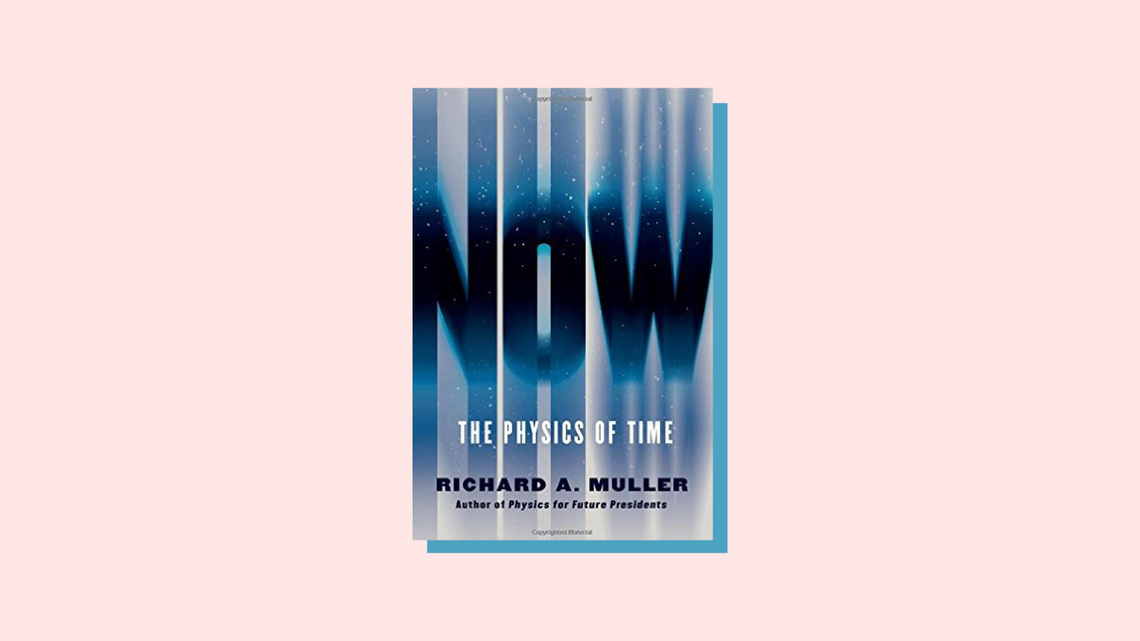 NOW: The Physics of Time, by Richard A. Muller

Einstein was somewhat casual about time, saying “The only reason for time is so that everything doesn’t happen at once.”

Richard Muller, experimental cosmologist, professor of physics at the University of California, Berkeley and author of Physics for Future Presidents, has more use for the concept. In this book, he explains that “the flow of time is the continual creation of new nows.” Muller takes on all comers and gets into plenty of arguments along the way. 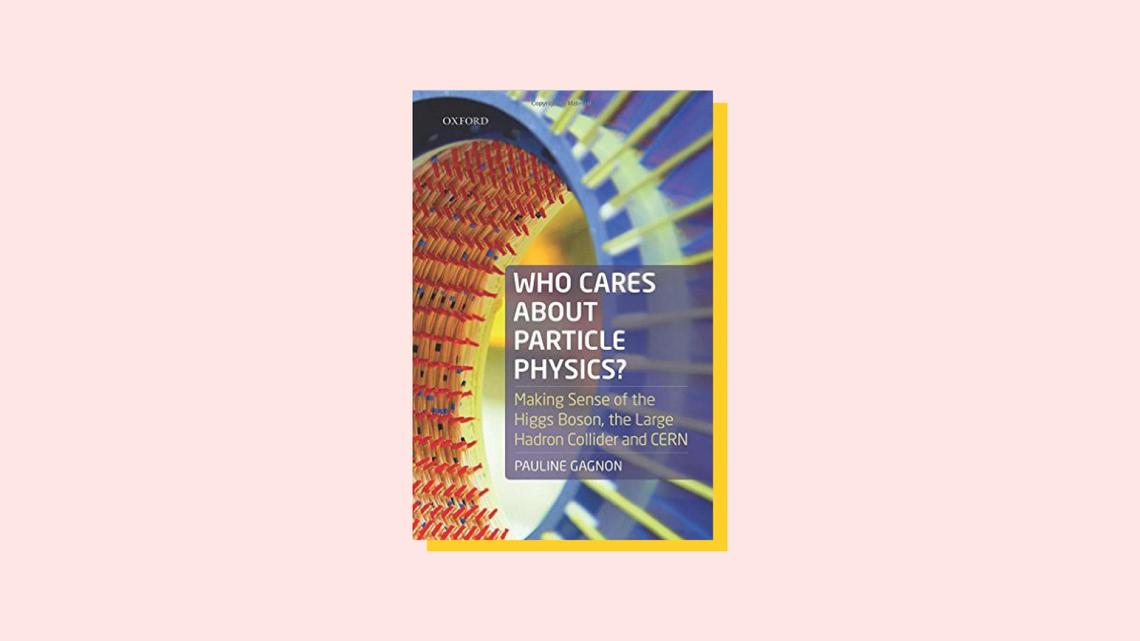 Who Cares About Particle Physics? Making Sense of the Higgs Boson, the Large Hadron Collider and CERN, by Pauline Gagnon

Pauline Gagnon, an experimenter on the LHC’s CMS experiment, cut her teeth writing a widely read blog during the final two years of the search for the Higgs boson. In her first book, Gagnon explains the experimental process to non-scientists.

Each chapter concludes with summaries of key points, and in the final chapter, she assures readers the LHC is still in its early stages. Don’t miss the appendix on the possible (and probable) contributions to Einstein’s stunning early work by his first wife, Mileva Maric Einstein. 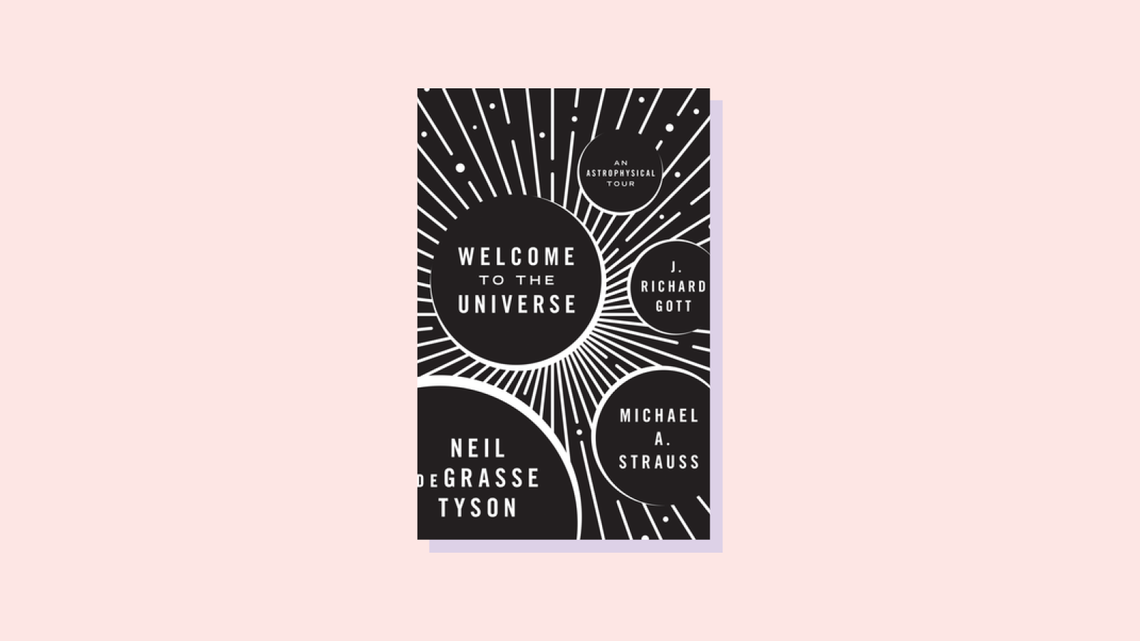 Welcome to the Universe: An Astrophysical Tour, by Neil deGrasse Tyson, Michael A. Struss and J. Richard Gott

Looking like a cross between a textbook and a coffee-table book, Welcome to the Universe is an extremely readable compilation of introductory astronomy lectures for non-science students given by Neil deGrasse Tyson, Michael A. Strauss and J. Richard Gott at Princeton University. Their talks present physics with clarity and a little levity—with references to pop culture items such as Toy Story and Bill and Ted’s Excellent Adventure. Gott even tackles time travel. What’s not to like? 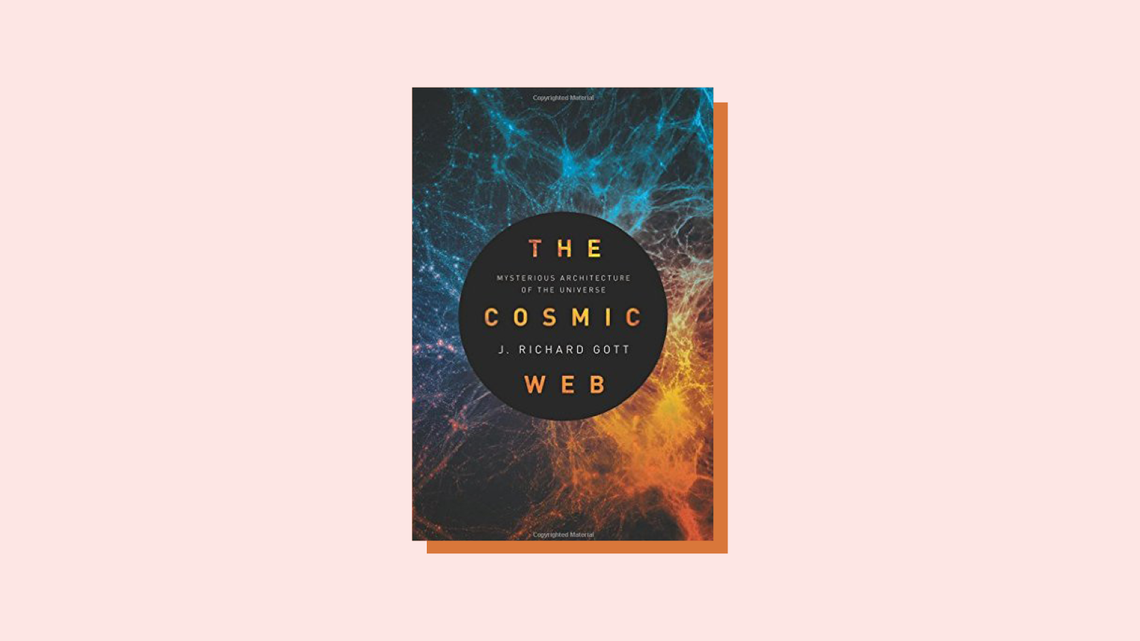 The Cosmic Web: Mysterious Architecture of the Universe, by J. Richard Gott

J. Richard Gott was one of the first to describe the structure of the universe as being similar to a sponge, made up of holey surfaces divided into equal, interlocked parts. The concept may sound strange, but it has since been confirmed by numerous surveys of the sky.

A combination of anecdotes, physics and math, this one is a challenge. You’ll need your cosmic thinking cap. 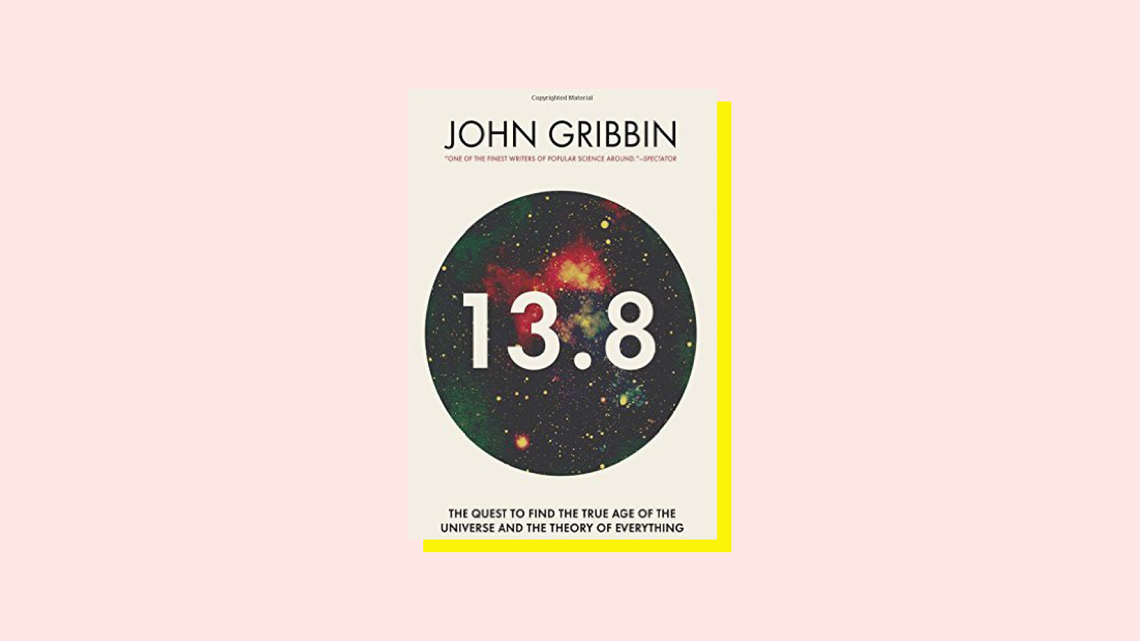 13.8: The Quest to Find the True Age of the Universe and the Theory of Everything, by John Gribbin

Visiting Fellow in Astronomy at the University of Sussex in the UK and veteran science author John Gribbin (best known for In Search of Shrödinger’s Cat) wants to synthesize the great theories of the 20th century—general relativity and quantum mechanics—into his own search for a Theory of Everything.

In his explanation, related to the estimated age of the universe—13.8 billion years—Gribbin pays special attention to often-overlooked women scientists Henrietta Swan Leavitt (who proposed using Cepheid variable stars as standard candles) and Cecilia Payne (who first predicted that hydrogen was the most common element in the universe).

The laws of physics imply that the passage of time is an illusion. To avoid this conclusion, we might have to rethink the reality of infinitely precise numbers.

What is Quantum Cognition?