Story Structure, Logic, and the Meaning of Life 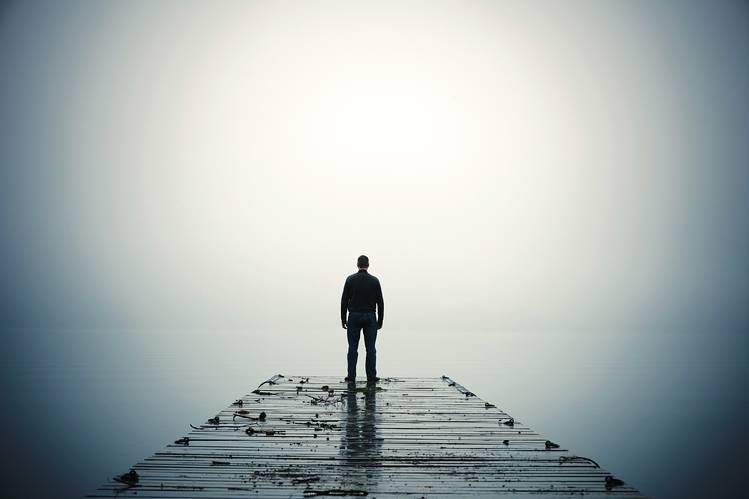 If you’re lucky
at some point in your life
you’ll come to a complete
dead-end.

I confess, I’m obsessed with the role of failure in the trajectories of fictional protagonists. But it’s not just me—the earliest Greek philosophers taught the advantages of adversity.

Welcome to the killer turning point in anyone’s life story.

In fiction, the dead-end is often treated as simply another plot complication. Must think deeper! No, the true dead-end demands a solution of a different order. Because landing in hell presents an impossible situation. It sets the stage for the impossible to occur. Our “unselving.”

But if you can stay in this hell
with no way to the left or to the right or in front or behind,
then you discover the peace of utter stillness—
the stillness at the heart of [anyone’s] story.

I didn’t write that.

Nor was it written as poetry, but as the opening gambit to a book about the origins of logic and Western civilization. The earliest philosophers, it seems, were pitching the notion of personal annihilation—or “unselving”—as the noblest of all human goals. And logic was the means by which a person might be led to their unselving.

In fiction, too, the hero must die. Same thing. But that’s too esoteric a concept for many fiction writers. It’s too “eastern,” it’s not logical.

The book, In the Dark Places of Wisdom, enlightens us about the origins of logic. The author, Peter Kingsley, explains that the ancient Greek philosopher, Parmenides, introduced logic as a way to discover that blessed “stillness.” A stillness that would feel like a hole in our hearts. But a stillness that would prove the ultimate achievement, because inside that dark hole we might glimpse the nature of reality. Which, according to Parmenides, 2500 years ago, was the true wisdom. “The wisdom of no escape.”

Philosophy, then, originally served those who were brave enough to suffer that wisdom.

“The aim of one’s life, the life of a wise man,” says Peter Kingsley, “was to follow the way of the hero, to live his ordeals, his sufferings, his transformation.”

(A century later, Plato more enjoyed thinking and talking about wisdom than actually experiencing it. Thereby was the original mystical nature of philosophy lost.)

But fiction—thanks to its structure—directs the protagonist to that same logical dead-end. And because the approach to that hole in the story looks frightening, our heroes must be prodded there kicking and screaming. Which makes that Act II turning point so dramatic.

All good stories swing on that terrifying moment of personal annihilation. Over and over again, fiction proves that characters are best served if they are forced into that blessed stillness. Because, as those early philosophers hypothesized:

“No amount of thinking
will ever get us to the point of seeing
the truth about ourselves—
unless it brings us to
the point of realizing that
something else is needed.”

At the threshold of Act III, fictional heroes wake up to realize they “need something else.” And only then are they willing to descend into the divine.

“People who love the divine go around with holes in their hearts,” writes Peter Kingsley, “and inside the hole is the universe. It’s people like them that this book is about.” I would add that it’s people like them who make the best fictional heroes. “And there’s a great secret—” Kingsley continues “—we all have that vast missingness deep inside us. The only difference between us and the mystics is that they learn to face what we find ways of running away from.”

Likewise do the best fictional protagonists face up to that missingness. Because we writers force them to. We do it because without that kind of existential crisis, readers might complain that they didn’t get their money’s worth. And we writers will feel that our story doesn’t ring true.

PJ Reece is the author of two novels, and two books about writing, Story Structure to Die For, and Story Structure Expedition: Journey to the Heart of a Story. He writes a blog at http://pjreece.ca/

Tech is driving a quiet but quickening scientific revolution

A Manual for Being Human: An Epic Journey to Your Expanded Self

By Francis Weller and Alnoor Ladha

For hundreds of thousands of years, human beings worked through trauma communally through ritual practices.