It is only because we are conscious that we know we exist, we can enjoy life, and our life can have meaning and purpose. And it is through qualia—what something feels like—that we know our physical environment and ourselves as agents with some freedom of action to pursue our desires and goals. If we examine our inner world more closely, we can recognize four distinct classes of qualia: (1) physical sensations and feelings; (2) emotions; (3) thoughts; and (4) spiritual feelings.

The first of these, physical sensations and feelings, derive from perceiving the physical environment both inside and outside the body. For example, the taste of food, the aroma of a flower, the sensations from touching something, or the sense of the color and shape of an object. This category also includes feelings of physical well-being or pain.

The second category deals with emotions such as curiosity, friendship, compassion, joy, trust, fear, anger, sadness, pride, obstinacy, shame, envy, greed, confusion, and so on. Notice how different emotions feel compared with physical sensations. Emotions appear to come from an entirely different level of reality than the one from which our physical sensations arise.

The third category is made of thoughts, a controversial statement since most scholars do not consider thoughts to be qualia. However, if you ask yourself how do I know I had a thought? you will immediately recognize that you perceived some image that carried the meaning of a thought, before you translated the image into words. For most of us the translation of that fleeting, multi-dimensional image into mental or spoken words is very swift, leading us to believe we are thinking directly in verbal form, unaware of the existence of the image-quale. In other words, we are so used to the automatic reification of thoughts into symbols, that we do not notice the sentient quale that is the very essence of a thought.

Finally, the fourth category contains spiritual feelings, qualia that convey a strong unitive component. A spiritual feeling allows us to become one with what we experience. Examples include the feeling of intense and pure love towards our own children, the feeling of unity with the universe or with a transcendent presence greater than ourselves, and the ineffable mystical experiences that have been reported over the centuries.

We experience and know the world and ourselves through qualia. Without qualia we would be unconscious, like sleepwalkers or robots. We could still move about but would have no experience and would not even know that we exist. We are so used to being conscious that the crucial distinction between a quale—what something feels like—and the physical symbols that represent it is no longer apparent. We do not recognize that the electro-chemical signals produced by our nervous system are distinct manifestations from the sensations and feelings that allow us to “live” that symbolic information.

Qualia and knowing are produced within our consciousness, suggesting a vaster reality than unconscious physical reality. Consciousness in fact defines an inner world, the world of our experience, that is distinctly different from the physical world of signals I have been talking about. To avoid any misunderstanding, I would like to point out that inner reality does not mean the physical reality inside the body, i.e., the body’s atoms, molecules, cells, and organs. That physical reality is still part of outer reality, even though it is not visible from the outside. Inner reality means instead what we feel: the qualia that constitute our conscious experience, the meaning we carry within and wish to communicate, and the capacity to communicate with free will to other conscious beings. In my understanding, outer reality only defines the symbolic aspect of reality, whereas inner reality defines the semantic aspect of reality, that which gives meaning to our lives.

The magic of quantum physics

Fairy tales enchant because they transport us into a world full of magic where the strangest and most incredible things can happen. Well, quantum physics has revealed to us that physical reality is even more fantastic than any fable.
Quantum physics has brought to science topics that were previously considered outside of its domain, raising questions like "What exists before making a measurement?”; "Can something exist if it is not knowable?”; "Why is probability necessary to describe reality?”; "What does indeterminism really mean?”; and "Is there free will?" These questions were previously restricted to philosophy, but now they have drifted into the domain of science.

Physics is now telling us that the ontological entities of the universe are the fields and that atoms are combinations of states of the quantum fields. Atoms do not have the same type of existence we had attributed to classical particles which make up classical objects. Classical particles are bounded, deterministic, and always existing objects. A classical wave is a property of an ensemble of classical particles. A quantum particle is almost totally different from a classical one, for it appears, disappears, and behaves like a “probability wave” with an indeterminate position, momentum, and magnetic spin until it is measured.

QFT postulates the perennial, probabilistic creation-annihilation of elementary particles and describes a universe that emerged somehow from the quantum vacuum, shaping the space-time and the quantum fields in its wake. This theory, known as Big Bang, can explain much about the evolution of the universe, starting from an infinitesimal region of almost infinite density and temperature that rapidly expanded to achieve a diameter of about 93 billion light-years over the span of 13.8 billion years. Yet the natures of space, time, and the quantum vacuum are still largely mysterious.

Since the mathematical framework of QFT can only predict the probability of observable events, but not which specific event will happen, many believe that this lack of determinism makes QFT compatible with free will. However, free will implies more than just free choices. It implies the existence of entities that can exercise such free will, and this is hard to fathom within the current conceptual framework of physics. I think that free will could exist if a “quantum system” had some freedom to determine which classical state will manifest out of its near-infinite quantum states. In this case, the probability of quantum physics would not express a lack of knowledge of a state already existing, but it would stand for a future state that would come into existence only after the quantum system has made its free choice. A free choice would then be a true act of creation, something impossible to know a priori, even in principle.

If we postulate that consciousness and free will are irreducible properties of nature, then it is clear they must be quantum properties of certain “quantum systems,” since free will cannot be a property of deterministic classical systems. In this view, the physical body could then be controlled by a “conscious quantum system” that communicates with it, since the body is a complex quantum-classical system. If this hypothesis proves correct, the real self is the “conscious quantum system” that controls the body. 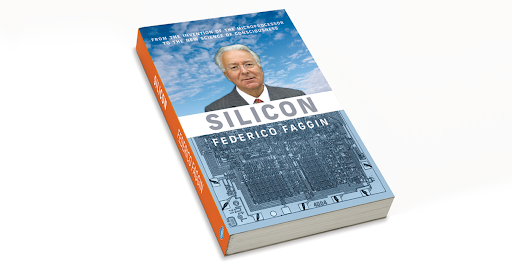