Science and Consciousness Just Wed — Should this Union Be Annulled? 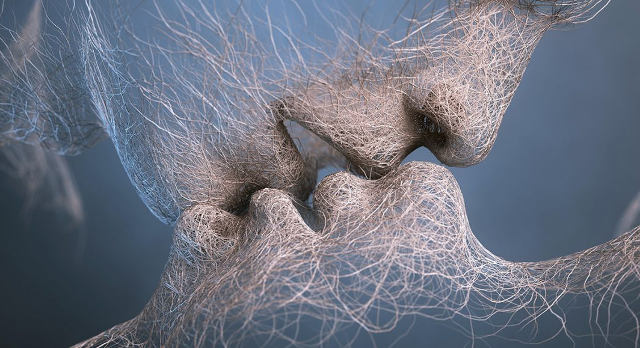 The union of Science and Consciousness was recently celebrated in Tucson. After 11 biennial sessions as ‘Toward a Science of Con­sciousness’, the premier conference fostering their relationship has dropped the tentative ‘toward’. Congratulations to ‘The Science of Consciousness’. But why the long engagement? And how compatible are they really?

The scientific study of consciousness was all the rage in the late 1800s. Much of the research was collected by the man the conference recognizes as the ‘“father” of the science of consciousness’, William James, in his classic textbook, The Principles of Psychology (1890). But the inability to pin down what exactly consciousness is (or isn’t — for nothing knowable is completely without it) eventually led to its downfall as a proper subject for science. When James himself asked in the title of an essay ‘Does Consciousness Exist?’, his answer set the stage for a generation of scientific neglect: consciousness as an experi­encing or ‘knowing’ exists for sure — nothing in fact is more sure — but consciousness as its own object of experience does not.

It was only toward the latter part of the last century, with the advent of high-tech brain scanners, that consciousness and science came back together, however tentatively. The conference most dedicated to their reunion kept in play ‘Dad’s’ mistrust of consciousness as an objecti­fiable, known entity. Even this year’s wedding catalogue states: ‘As consciousness cannot be observed, scientifically explained, nor commonly defined, is there… truly a Science of Consciousness? Are we there yet?’

While most of the scientists attending the conference gave a resounding yes to those questions, happy for the marriage after the long courtship, many consciousness theorists are seeking an annul­ment. They have mistrusted the proposed match-up from the start, believing that moving toward a science of consciousness was moving away from the truest understanding of it. They have been especially wary of the ‘scientific’ notion that consciousness is derived from matter (in the brain or otherwise). This wariness is as old as the disci­pline itself, as can be seen in a letter to James, written by his colleague Josiah Royce:

Certainly the thinkers who first make molecules and then fall down in mute and holy reverence before the awful mystery of how the molecules ever could make them are far from knowing what it is to cross-question consciousness with any real spirit in their questioning. If I understand you, it is such cross-questioning of consciousness which you want to have done. (Perry, 1935, p. 783)

To its great credit, the conference has always fostered spirited cross-questioning about consciousness, even as they have fallen down in reverence before (what they believe to be) the brain’s supreme act of creating it. Their article of faith is inscribed in their touchstone — holy grail — formulation, a formulation so well known it was adopted as the theme and title of Tom Stoppard’s latest play — ‘The Hard Problem’. Posited by conference co-founder David Chalmers, the ‘hard problem’ asks how the rich inner life that we associate with con­sciousness can emerge out of non-conscious physical matter, such as the brain. The hard problem contrasts with the ‘easy’ problem that only seeks to know how changes in consciousness correlate with changes in brain states.

Dramatic advances in brain scanning technology have made the easy problem much easier, yielding myriad data over the last quarter of a century. A lot of these data were introduced at the conference, and this would in itself seem to justify the name change. There is a science of the correlation between changes in brain states and changes in consciousness. But what of the hard problem? Is there a science of it? Can there really be a science of the ultimate origin and nature of consciousness?

To begin with, the many observable correlations between changes in the brain and changes in consciousness do not imply that conscious­ness originates in the brain any more than the symphony coming out of a radio implies that there are musicians inside. While his Principles of Psychology helped launch the science of brain state correlations with consciousness, James well understood that they revealed nothing fundamental about the nature of consciousness itself. The ‘direction’ for the study of such, he believed, in which ‘room for much further inquiry lies’, was the ‘metaphysical’, in which ‘the notion… of a Spirit of the world which thinks through us… must be considered’ (James, 1892/1992, p. 208).

James’s insistence that the fundamental nature of consciousness is beyond the grasp of science seems contradicted by a quote of his that the conference adopted as its motto: ‘to have a glimpse of what con­sciousness is would be the scientific achievement before which all others would pale.’ This invocation, however, is a misquote, and a very telling misquote, as it conveys the opposite of what James intended. And what the father of the science of consciousness actually intended may well be what his children most need to hear.

Since James saw science as a strictly limited approach to conscious­ness, he would never say ‘to have a glimpse of what consciousness is would be the scientific achievement before which all others would pale’. And he didn’t. His actual quote, which concludes his abridged version of the Principles of Psychology, does not refer to conscious­ness at all. It refers to James’s more encompassing term ‘sciousness’ — consciousness without consciousness of self — an impersonal primal awareness out of which both subject and object arise (ibid., p. 433). Sciousness, he held, is not distilled from the ‘dualistic constitu­tion’ of subject-object consciousness (con-sciousness), like oil might be from pigment, but rather a ‘dualistic constitution’ is added to it. The prime reality of sciousness is why, says James, ‘it is so hard to tell, in a presented and recognized material “object,” what part comes in through the sense-organs and what part “comes out of one’s own head”’ (James, 1904/1987, p. 1154).

In the final passage of the revised Principles James proclaims the prime reality of sciousness as a ‘metaphysical criticism’ of the entire ‘natural science’ approach to consciousness, since it ‘throws the question of who the knower really is wide open…’ (James, 1892/1992, p. 432). In a handwritten note next to the word sciousness in his copy of the Principles, James linked sciousness to the non-dual ‘Witness’ of Advaita Vedanta as characterized by the Eastern religion scholar E.D. Fawcett: ‘illuminating consciousness’ but ‘never itself in con­sciousness, never a datum for conceptual thinking’ (Burkhardt, 1981, p. 1149; Fawcett, 1893, p. 266). Substituting ‘consciousness’ for ‘sciousness’ thus completely subverts James’s point. He was being ironic: ‘good luck getting a glimpse of that through science alone.’

Again to the conference’s enormous credit, this prime, non-dual perspective does not catch them unawares. For the last few sessions they have even sponsored a formal East–West dialogue with Indian scholars promoting it. The prime reality of a far vaster awareness than is trappable in a lab or even an act of introspection also anticipates the evolution of the conference’s brilliant, visionary co-founder, Stuart Hameroff. Hameroff, whose day job as an anaesthesiologist brings him closer to the correlations between brain states and consciousness than most researchers, has spent much of his career as a hard prob­lemist, looking for the genesis of consciousness in the deep interior of neurons — microtubules. Subtler than the neuronal-switches computer model for consciousness, Hameroff’s theory got vastly more subtle still when he linked microtubule interactions with quantum mechanics; he even got Sir Roger Penrose to collaborate in his quest to prove that the material home of consciousness had been found at last. But their search for an increasingly subtle material origination of consciousness has led them beyond any such localized confinement. Both of them now believe that consciousness, as the interplay of fine-scale quantum events, may have always existed in the universe. Like James, and other scientists before them, especially eminent quantum physicists such as Erwin Schrödinger and Wolfgang Pauli, their move­ment toward a science of consciousness veered away to a more unified, mystical realm, beyond the objectifiable.

Wherever the answers to the ultimate questions about consciousness may lie, though, we can still celebrate the wedding in Tucson. The correlations between brain states and consciousness are a dazzling science indeed. But as for seeking the deepest understanding of con­sciousness in this realm, serious cross-questioning requires a more open space.

Posted with permission from http://www.imprint.co.uk/