Sam Harris: Waking Up to Your Own Spirituality 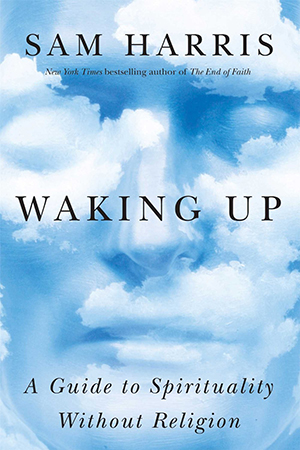 For those who know the writings of Sam Harris, one of America’s staunchest atheists, it might seem strange to pick up a book by him that delves deeply into contemplative wisdom and spirituality, areas of knowledge long reserved for the great religions of the world. But Harris’ book, Waking Up: A Guide to Spirituality Without Religion, is no white flag of surrender from the atheism camp.

Far from it. Instead of rejecting religion and all its trappings outright, as many atheists have done before him, Harris seeks to salvage much of what has made religion great, while leaving behind the shortcomings that have become regular targets for modern atheists.

“I now knew that Jesus, the Buddha, Lao Tzu, and the other saints and sages of history had not all been epileptics, schizophrenics, or frauds,” he writes. “I still considered the world’s religions to be mere intellectual ruins, maintained at enormous economic and social cost, but I now understood that important psychological truths could be found in the rubble.”

Throughout the book, Harris strives to walk a fine line between scientists with an “impoverished view of spiritual experience” and New Age thinkers who “idealize altered states of consciousness and draw specious connections between subjective experience and the spookier theories at the frontiers of physics.” But while he runs the gauntlet between these opposing camps, it is clear that, unlike his previous books, this one is not just another attack on religion (“I won’t ride the same hobbyhorse here,” he writes).

Although Harris is a neuroscientist, he shows that he is capable of stepping beyond the walls of the scientific method—and also leaving behind the shortsightedness of much of the secular world—to investigate the nature of the mind and reality through the individual experience that lies at the heart of spirituality.

“My hope is that my personal experience will help readers to see the nature of their own minds in a new light,” he writes. “A rational approach to spirituality seems to be what is missing from secularism and from the lives of most of the people I meet.”

With that goal in mind, Harris does more than pontificate about the nature of reality. He provides tools to help people explore spirituality on their own terms, such as meditation, learning how to break free of negative emotions and moving beyond the concept of duality. In a sense, this book is like the open-source and Creative Commons movements—a way to free transcendence from the locked vaults of the religious status quo, and enable the masses to experience, develop and share their own versions of spirituality.

As with any movement aimed at empowering the individual, whether or not Harris’ approach works depends upon what you find as you follow your own path toward spirituality. Wherever that journey leads you, though, Harris has faith in your chances of success.

“However numerous your faults, something in you at this moment is pristine—and only you can recognize it. Open your eyes and see.”