Relationship with the Silence 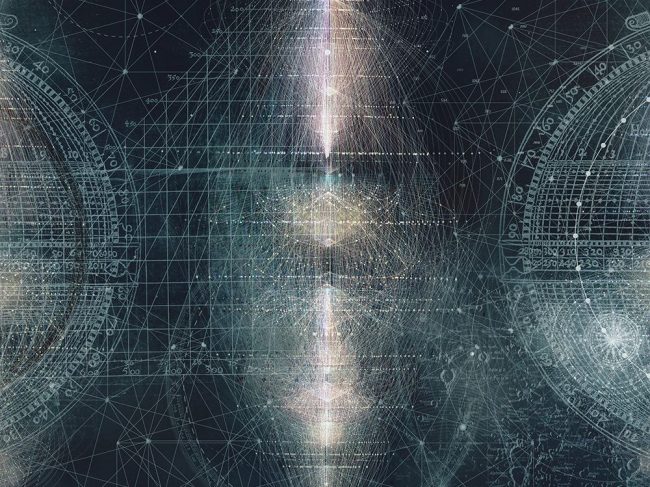 The conventional explanation for the existence of consciousness is that it’s generated somehow by the brain. It’s possible, though, that the brain acts as a window into a field of consciousness which is present everywhere in the universe. Indeed, if we gently hold a focus of attention in the inner core of ourselves, we can quite easily reach an intuitive realization that the conscious awareness we have inside us exists also in the space around us.

It seems that the ‘I am’ awareness, which exists, apparently separately, inside each one of us, is an intrinsic property of all space everywhere and is simultaneously present inside all of us. Cosmic consciousness seems to be a core attribute of all space everywhere and the primary stuff of the universe, and this consciousness isn’t something limited to our human brain or to planet Earth. Our brain is immersed in this spatial consciousness, allowing each one of us a unique window into the cosmic field-awareness.

We can’t think our way to this realization though, because it’s not a concept. Instead, we need to pay attention to the presence of the conscious space inside ourselves. This is easy to do, and requires that we focus our attention inwardly for a few minutes occasionally rather than just exclusively focussing on the world around us.

If we find time every day to let our thinking subside and take a focus of attention inward, we can begin to intuitively realize a connection into the living cosmic intelligence which is generating the universe out of itself.

The cosmic intelligence field-organism, which fills all space everywhere, is expressing itself as a visible world by facilitating the continuous dynamic emergence of clusters of quantum-scale resonance vibrations, which we interpret with our senses as the branch of a tree or the shape of a flower. Tuning in to this field helps us to know ourselves as cosmic intelligence expressing itself as a living being, and this can help us both live better and re-consider our notions about dying. Rather than the onset of an abrupt nothingness, we might consider that dying in a meaningful, living universe is a dissolving into an immense intelligence that we suddenly recognize and know - an intelligence that seems very familiar and has always known each one of us, during every moment of our life, as an expression of itself, a cosmic intelligence that helps us know ourselves as expressions of itself who took on a human form for the lifetime of a human being.

Keeping in touch with the living cosmic field-intelligence organism which is our source, by taking a focus of attention inward, is an inner work which helps us be happy, a crucial part of our everyday life in the world.

During our life, as we tune in to this intelligence, we can begin to feel more at home in the universe and on this planet. Our connection with cosmic intelligence re-awakens an intuitive realization that we are cosmic beings, the continuously generated vibrational expressions of a field of cosmic intelligence. Human beings are allowing cosmic intelligence to consciously realize and know itself within the context of a sentient living being.

Even though the events of our daily life on planet Earth can seem challenging, regular contact with the cosmic intelligence which is generating all of us in realtime out of itself can help us find the resilience and intuitive inspiration to find solutions to the issues we have to deal with.

Within each one of us is the whole conscious space in all of us.