The Limits of Quantum Mechanics

The present framework of quantum mechanics has reached its limit, said Professor Emeritus Dr. William Tiller of Stanford University’s department of materials science, in a white paper published on his website last year. “Many of the outcomes from today’s experiments are requiring weirder and weirder explanations,” he wrote. 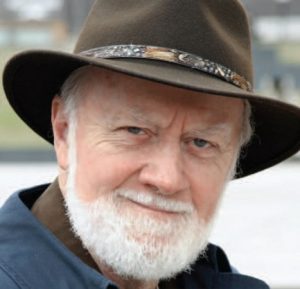 He discussed the concept within quantum mechanics that any substance can be expressed as either a particle or a wave. Tiller wrote: “The founding fathers of QM [quantum mechanics] should have taken the large step of creating and using a different reference frame for the waves than for the particles, however, they did not. They tried to squeeze it all into a spacetime-only reference frame and thus ended up in perpetual weirdness for QM physics.”

Tiller and his colleagues have created a duplex reference frame consisting of two subspaces.

If R-space is invisible, how does Tiller know it’s there? He said he has discovered a type of particle he calls a deltron that acts as a coupling substance between D-space and R-space. When the deltrons are active, and D-space and R-space are in a coupled state, he is able to use traditional measurement instruments to detect R-space.A substance’s particle-nature functions in one subspace, called D-space, which is the spacetime where traditional scientific measurement instruments function. A substance’s wave-nature functions in the other subspace, R-space, which is usually invisible to traditional instruments.

According to Tiller, human intention is able to create this coupled state.

Quantum mechanics in its present framework cannot explain psychoenergetic phenomena, such as remote viewing, Tiller said. But his duplex reference frame can.

“Nature is always richer in untapped possibilities than we think it is,” he said. “We might reveal new levels of nature’s expression, which might look like new levels of ‘magic’ as interpreted by the old paradigm.”

This article was originally published in Epoch Times

It's not only a big deal; it's the biggest deal of all.