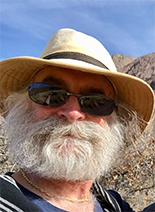 Chris Fields:  I’d like to start by clarifying the term “quantum phenomena.” It is a very common idea, found in many textbooks as well as in popular science writing, that the physical world behaves differently at small scales, for example at the atomic or subatomic scales and at the high energies encountered in stars or the Large Hadron Collider.  There is, according to this idea, a real, completely observer-independent, ontological difference - the most significant kind of difference there can be - between how things work at small scales or high energies and how things work at the ordinary scales and energies that we experience.

Physicists who believe in a real, observer-independent, ontological “collapse of the wavefunction” process believe that there is such a difference: that there really is, in an ontological sense, a “quantum world” and a “classical world” and that they are separated by a real, physical process that converts quantum states into classical states, and presumably also a real, physical process running in the other direction.

Many other physicists do not believe that there is a real, observer-independent “collapse of the wavefunction” process and hence do not believe that there is any real, ontological difference between how things work at small scales or high energies and how things work at ordinary scales and energies.  There is no experimental evidence for any such process or any such difference.  In fact, experiments increasingly show that large objects - for example, large organic molecules (Eibenberger et al., 2013) - can exist in quantum superpositions and that phenomena like quantum entanglement can extend over very large distances (e.g. Hensen et al., 2015).

If there is no real, physical “collapse of the wavefunction” process, then there are no distinct “quantum” and “classical” worlds that work in different ways.  There is just the world, that works in whatever way it works.  Our job as scientists is to describe the way it works well enough to understand what it’s doing, at least to some extent, and to make predictions about what it or parts of it will do next.  We have to use quantum theory if we want to describe the way the world works precisely - at least, it’s our best theory so far - but we can get away with classical physics if we don’t need the precision.  Often we are forced to employ classical physics because the quantum-theory calculations would be impossible, in practice, to perform.  If this is the case, the real distinction is between “phenomena that we have to use quantum theory to understand or predict” and “phenomena that we can get away, at least so far, with using classical physics to understand or predict.”  This is, at any rate, what I think the real distinction is (see Fields, 2016 for more on my view).

So I’ll rephrase your question as “to what extent do we have to describe photosynthesis in quantum theoretic terms in order to understand it, and why is it important?”

Photosynthesis is a complex biochemical process by which plants, algae, cyano- and some other bacteria, and odd critters like Euglena manufacture sugars from light, carbon dioxide and water.  The wikipedia article  is a good introduction.  Photosynthesis includes some chemical reactions that depend on light and others that don’t.  It is the light-dependent reactions that have been in the news recently.  Here’s a brief quotation from wikipedia:

“In the light-dependent reactions, one molecule of the pigment chlorophyll absorbs one photon and loses one electron. This electron is passed to a modified form of chlorophyll called pheophytin, which passes the electron to a quinone molecule, starting the flow of electrons down an electron transport chain that leads to the ultimate reduction of NADP to NADPH.”

The basic process is that photons - quanta of light - get captured by a molecule, part of a large molecular complex called Photosystem II (PS II).  The energy deposited by a captured photon is transferred, down the “electron transport chain” to a different part of PS II, where it is used to catalyze chemical reactions.  So basically there are three steps: photon capture, electron transport, and chemical reactions (NADP to NADPH and also ADP to ATP).

None of these three steps can be understood without quantum theory.  Let’s start at the beginning: capturing a photon.  The complete failure of classical physics to explain how light reacts with matter is why we have quantum theory in the first place.  In 1900, Planck proposed what is now called Planck’s constant as part of an equation to describe the observed interaction of light with matter.  Einstein received his Nobel Prize for showing, in 1905, that quantizing light into photons led to better explanation of how light interacts with matter.  Feynman received his Nobel prize for working out, in the 1940s, how light interacts with charged subatomic particles such as electrons.  So even the very first step of photosynthesis is a “quantum phenomenon” through and through.

The second step is the “electron transport chain.”  I’ve put this in quotes because the idea of “transporting” an electron is seriously misleading.  J. J. Thompson discovered the electron in 1897, for which he received a Nobel Prize.  It was clear by 1900 that atoms contained electrons, but it was also clear that the electrons in atoms could not be moving, at least not in the way that “moving” is understood in classical physics.  If they were moving in that way, they would continuously radiate energy, and such radiation had not been observed.  This problem was not resolved until Bohr constructed his quantized model of the atom in 1913, for which he also received a Nobel Prize.  When thinking about “electron transport” in photosynthesis, it is important to keep in mind that electrons are not like little billiard balls that move from one part of a molecule to another.  This idea leads to expectations, and when turned into math, to predictions that are completely wrong.  It is better to just think of energy moving around the molecule, energy that changes the way that the electrons in the molecule are arranged.

The main problem with thinking about electrons as little billiard balls is that one then tends to think of the electrons as moving along particular paths through space.  In the context of electron transport in photosynthesis, one thinks of an electron as moving from one part of the molecule to another part, and then to another part, etc. as if the parts were connected by little wires.  This is a very classical-physics picture, and it is wrong.  As first shown experimentally by Engel et al. (2007), the high efficiency of photosynthesis can only be understood by thinking of the electron as “flowing” from here to there by all possible paths, with most of the flow along the paths that have the greatest efficiency at the time that the electron is being “transported.”  This idea that single quantum “particles” simultaneously follow all possible paths to get from here to there is not new; it was introduced by Feynman in the 1940s and is the basis for Feynman’s famous diagrams representing subatomic interactions.  The results of Engel et al. (2007) were surprising because most theoretical models up to that time had assumed, to make the calculations tractable, that the molecular structure through which the electrons were flowing could be adequately approximated using classical physics.  Engel et al. (2007) showed that this assumption doesn’t work.  Much more detailed - and much more difficult - calculations that treat more of the molecular structure using quantum theory correctly reproduce the results of Engel et al. (2007) and those of other, more recent, experiments.

The third step in photosynthesis is a set of coupled chemical reactions.  Chemical reactions involve energetically re-arranging electrons so extensively that large molecules dissociate into smaller molecules or small molecules associate to form larger molecules.  Understanding how electrons fit into even the simplest atoms - the Bohr model was developed for the simplest atom, Hydrogen - requires quantum theory.  Understanding how electrons are “shared” among several atoms that have associated to form a molecule requires even more quantum theory; indeed it rapidly becomes a matter of successive approximations and very large computations.  Understanding how alterations in the sharing of electrons between atoms implement chemical reactions requires yet more quantum theory.  This complexity is hidden by “ball and stick” models of molecules that can be taken apart and put together at will.  But to really understand - and more importantly, to predict - what will happen in a chemical reaction, the complexity has to be taken into account.

So the bottom line is: photosynthesis is a thoroughly quantum phenomenon.  We can get a kind of vague idea about how it works using classical physics and classical chemistry.  The vague idea is not bad: it is a necessary starting point for understanding.  It’s what we find in wikipedia and textbooks.  But for details, we need quantum theory at every step in the process.  Just knowing that we need quantum theory - knowing, for example, that each electron simultaneously follows all possible paths to get from here to there - makes the process seem all that much more wonderful and alive.

The experiments of Engel et al. (2007) were in some sense the beginning of “quantum biology” as a recognized, talked-about phenomenon.  By now, it’s even becoming a subdiscipline.  So part of the “why is it important?” question is actually sociological: why now, in the early 2000s, not in the 1940s when Feynman came up with multiple paths or in the 1990s when Stuart Hameroff and others started talking about quantum coherence in microtubules (Jibu, Hagan, Hameroff, Pribram and Yasue, 1994)?  Probably some of the answer has to do with fashion, personalities and politics - the usual stuff in social affairs.  But a lot of it has to do with technology, both on the lab side and on the computing side.  Advances in technology enable as well as are being enabled by advances in the conceptual side of science.  We would never have the concepts coming out of current genome biology or neuroscience, for example, if no one had invented DNA sequencers or fMRI machines, or if we were still trying to do our computing on 1980s workstations.  I expect that we are seeing quantum biology now, not 70 or even 20 years ago, because we have the tools for it now.  I’m looking forward to major changes in how we think about biology as a result.