Paradise for the Insane 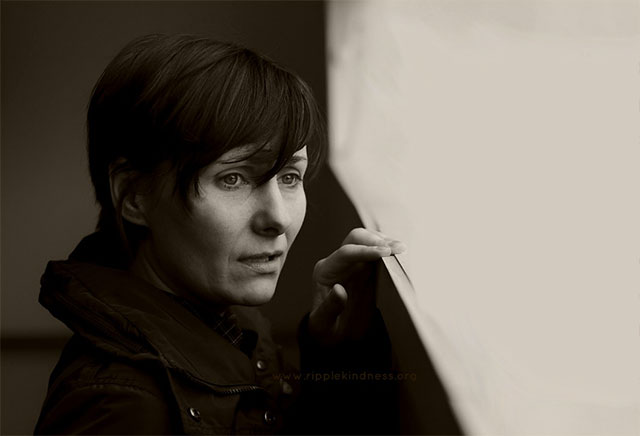 Let life happen to you. Believe me: life is in the right, always. ― Rainer Maria Rilke

Blessed are the poor in spirit, for theirs is the kingdom of heaven — Matthew 5:3

We human beings love to find solutions to problems — like smartphones that respond to your questions or blankets that come with arms. But even the medical field is overflowing with problems waiting to be analyzed, tested … and fixed. While this may make sense when you are trying to rid a person’s body of cancer, does the same approach help someone with mental illness?

In a recent episode of NPR’s Invisibilia, host Lulu Miller explored this question. The answer, it turns out, was waiting for them in a town in Belgium called Geel, where people welcome strangers with mental illness into their homes. 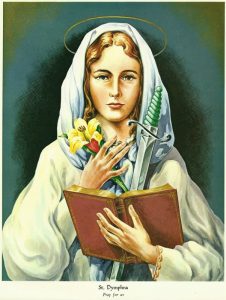 The tradition began with Saint Dymphna, who had had supposedly been martyred in Geel. In the 1300s a church was built around her supposed remains, and in time, that church became a pilgrimage site for people seeking a cure for mental ailments. Townspeople would permit those pilgrims to stay with them.

Geel’s approach was so successful that by the 1930s, a quarter of the people living in the town had some kind of mental illness. The town was able to help the patients who came to live there without trying to fix them. This urge to fix things — another American trait — often shows up in the psychological profession, where patients may be seen as a set of symptoms to be corrected or adjusted. “It’s almost like their professional experience and language clouds them from seeing who people are,” Ellen Baxter, a founding member of the Coalition for the Homeless, told Invisibilia.

But a desire — or need — to “fix” a person’s symptoms may be equally strong among those who are often called upon to take care of people with mental illness — their family members.

Fifty years ago, British sociologist George Brown observed that male patients with chronic schizophrenia did much better after they left the hospital if they didn’t go to live with their parents or their wives, but instead lived in other housing.

When their family took them in, these patients were more likely to relapse. This was especially true if the family expressed certain emotions about their mentally-ill family members — criticism, hostility, or emotional over-involvement.

The first two are what you might expect, but the third one is a bit more subtle. Harvard psychologist Jill Hooley provides an example of this, taken from the transcript of a father talking about his son with schizophrenia: “It breaks my heart to see him suffering. I’d do anything for him if it would help. There’s nothing I wouldn’t do for that boy.”

Couched in this father’s yearning for his son to get better is a desire to fix the problem — “it oozes out of a person,” says Invisibilia host Lulu Miller, “and works to trigger relapse in the person they’re thinking about.”

In Geel, though, the townspeople found a way to help people with mental illness live as full and happy a life as possible … by not trying to fix them.

When patients come to Geel, they are paired with a therapist and prescribed medication. At this point, the doctors decide which family the patient will live with. It should be noted, that these are people who are not related to the patients.

These patients — who are never called patients, but “boarders”, or “guests” — live with a family for 28.5 years, on average. But before the boarder comes to live with them, the families are not told anything about the patient’s diagnosis. This is to avoid something that often happens with mental illness — people are limited by the label of their diagnosis.

Because the foster families don’t know the boarder’s diagnosis, and because they are not related, they are better able to resist the urge to fix these people. As a result, they let the boarders live their own lives — by accepting their odd behaviors without trying to make them go away.

“Some things you can’t fix. But you can work around them, or you can not let it bother you,” said Baxter. “The psychiatric profession is, you know, really stuck on recovery.”

Brain Biases Prevent Action on Climate Change … But Can Help, Too

Climate change is one of the biggest and toughest problems facing human society. Unless the rise in average global temperates is stopped soon