Panpsychism: Building Up to Human Consciousness 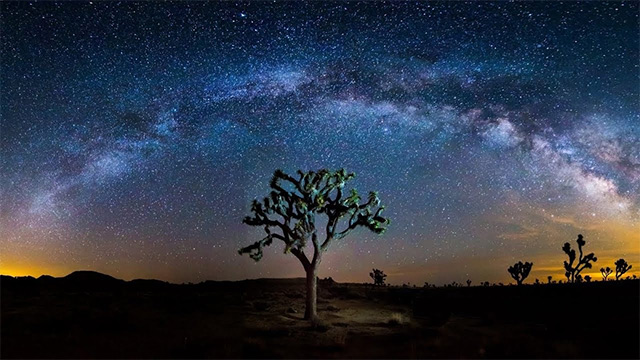 Physics has tackled many far-reaching questions about the universe, but one question continues to stir up passionate arguments on all sides: What gives rise to consciousness? David Chalmers, a philosophy of mind professor at New York University, called this the “hard problem of consciousness.” But even with the help of philosophers and neuroscientists, there is still no easy answer.

Many thinkers have recently rallied behind “panpsychism” as a possible solution to this problem. According to this viewpoint, all reality has some level of consciousness, from the smallest particle to inanimate objects to living organisms.

This doesn’t necessarily mean that every object is conscious the way humans or other animals are. A rock could be viewed as a collection of particles that each have a simple form of consciousness. But you could also look at it the other way — that all objects are collections of particles, and the grouping together of these particles gives consciousness to the objects.
This hints at one of the main troubles faced by panpsychism—the “combination problem.” How do these particles, which have a simple consciousness, come together to form a more complex consciousness. And why do humans and other organisms have a different—some would say, more complex — experience of consciousness, compared to a rock, table, or spoon.

Unfortunately, there’s no answer to this yet—which is why it remains a “problem.” Philosopher and writer Keith Frankish puts it like this in a post on Aeon. If you gave billions of humans cell phones and allowed them to communicate like neurons in a giant brain, would they form a super-consciousness? Probably not, so how can particles do something similar?

Philip Goff, an associate professor in philosophy at the Central European University in Budapest, argues in another Aeon post that although panpsychism is “crazy,” it is “highly likely to be true.”

Panpsychism is not the only theory to see consciousness in all matter. Neuroscientist and psychiatrist Giulio Tononi’s Integrated Information Theory argues that structures will have “consciousness” if the information contained within them is unified — or “integrated” — enough.

In addition, the bottom-up panpsychist perspective is not the only approach. Other panpsychists have proposed that the universe overall is conscious, which passes consciousness down to every particle, structure, and organism.

Goff told Quartz  that this would explain another strange phenomenon of the universe — quantum entanglement. He said it makes more sense for particles to interact over vast distances if they are part of a “fundamental whole.”

Panpsychism, though, is not the end of the line for debates about the nature of consciousness. Some people suggest an even more extreme theory, called “idealism.” In a paper on the subject, Chalmers describes the transition to this stage like this: “one comes to think that there is little reason to believe in anything beyond consciousness and that the physical world is wholly constituted by consciousness, thereby endorsing idealism.”

Whichever theory you lean toward, consciousness remains an open-ended problem about the universe, waiting for the best “strange” solution. But if quantum physics is any guide — with phenomena like quantum entanglement and Schrödinger’s cat — strange doesn’t necessarily mean that it’s not real.

Or we can pull the rug from under this dilemma with a solution that is not strange at all — the one Rupert Spira argues in his book, The Nature of Consciousness. “The whole debate is predicated on the idea of things,” he writes. “Awareness is the primary and indeed only ingredient in experience, and must therefore be the origin and context of any model of reality.” The problem may reside in the insistence on reason, and the play of mind and matter be better expressed by the language of lover and beloved.