We believe that the body generates pain from injuries or maladies, and that the brain passively receives the signals and we try to cope with it. We also see the brain as a fixed, well-defined entity.  However, the truth is that the pain system is spread through the brain and spinal cord and far from being a passive recipient of the pain, the brain always controls the pain signals we feel and plastically changes itself creating pain from non-existent locations. 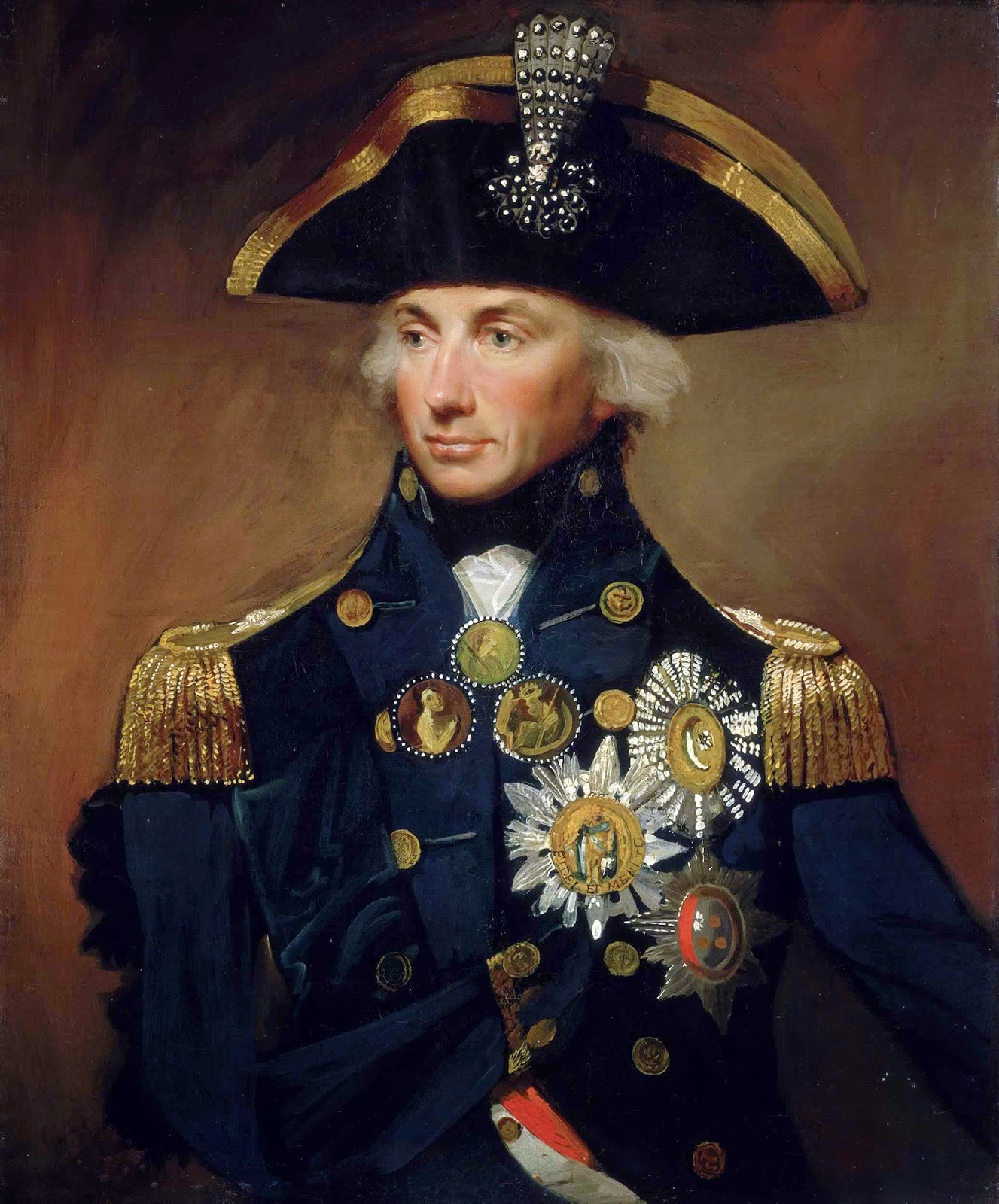 The British admiral, Lord Nelson, lost an arm in a sea battle.  Still, Nelson felt the arm’s presence and concluded that it was “direct evidence for the existence of the soul” - if an arm can exist w/o being there, he reasoned, so could a “soul” after death.

There were many amputations during the US’s Civil War as it occurred before antibiotics manifested, and removal was the only medical treatment available for serious injuries.  A surgeon coined the term “phantom limb” at Gettysburg.

As battlefield care has improved, many folk who previously would not have survived are returning home with amputated limbs, with “phantom pain” for 95% of them for the rest of their lives.  (P. Wall, Pain, 1999)

Phantom pain also occurs when organs are removed.  Women suffer menstrual cramps and labor pains from uteruses that are no longer there (Dorpat, 1971). Men feel ulcer pain after it and its nerves are removed (H. Gloyne, 1954). Rectal pain is experienced after removal (Ovesen, P. et al. Pain, 1991).  A painful need to urinate manifests after bladders are removed. (Wall, 1999)

These injuries also change our pain networks/brain maps, resulting in the sensations of missing limbs waving to friends, reaching for objects, and gesturing while talking.

This got the attention of V.S. Ramachandran, an M.D. neurologist w/a Ph.D. in psychology from Cambridge.

Ramachandran’s patient, “Tom” (Ramachandran, et al. Science, 1992) , had a chronic annoying itch in a severed arm, which obviously couldn’t be scratched.  Amazingly, Ramachandran discovered that when Tom scratched his cheek, the itch was scratched and relieved.

As Tom’s brain maps were measured w/a magnetoencephalograph, his map for the severed hand was now processing facial sensations - the hand and face maps had been blurred together neuroplastically.   Another team demonstrated that the intensity of phantom pain is directly related to the extent of merging of brain maps. 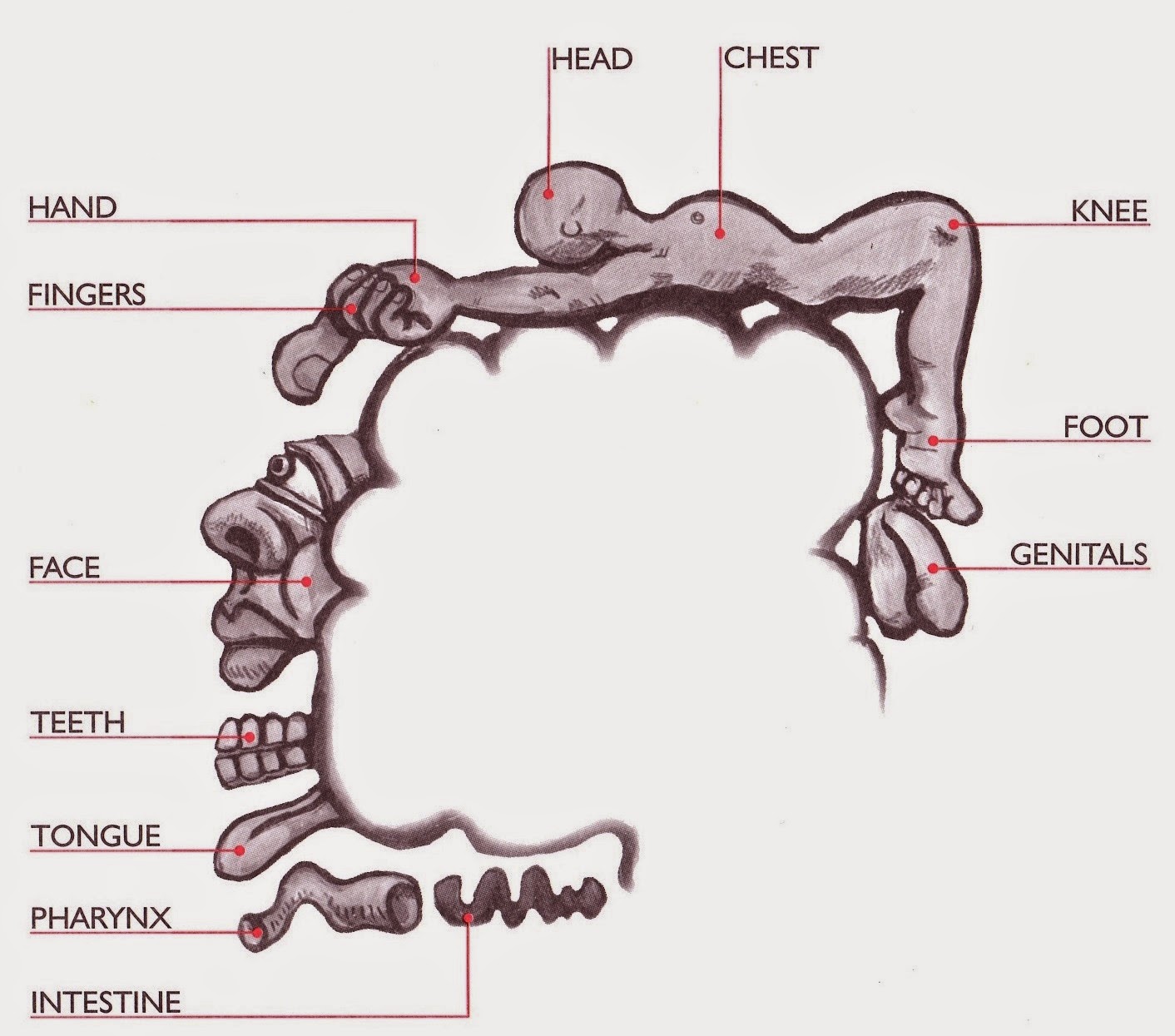 Ramachandran believes that map “invasion” occurs by the release of nerve growth factors from the unused map of the severed limb, which invites nearby maps to send out neural sprouts to the limb map.

This can cause “cross-wiring” errors, with unpredictable results, such as touch causing pain in a phantom arm, or orgasms from genitals arising in adjacent phantom hands and feet.

Ramachandran, like Merzenich in the blogpost “How the brain continually changes and reorganizes itself”, demonstrated that brain maps are constantly changing.   This occurs w/disorganized and shrunken phantom maps as their input has been so radically changed.

Phantom pain also arises where the original agony was “frozen in time” by an explosion or other traumatic event.  Soldiers whose grenades blew up in their hands endlessly repeat the excruciating pain of the incident.

Painful “frozen arms” arise when arms are in slings or casts for months before the amputation as their brain maps “locked in” the position of the arm.  Afterwards, w/no indication of arm response or sensory input, the brain keeps signaling the arm to “Move! Move! Move!” causing excruciating pain. 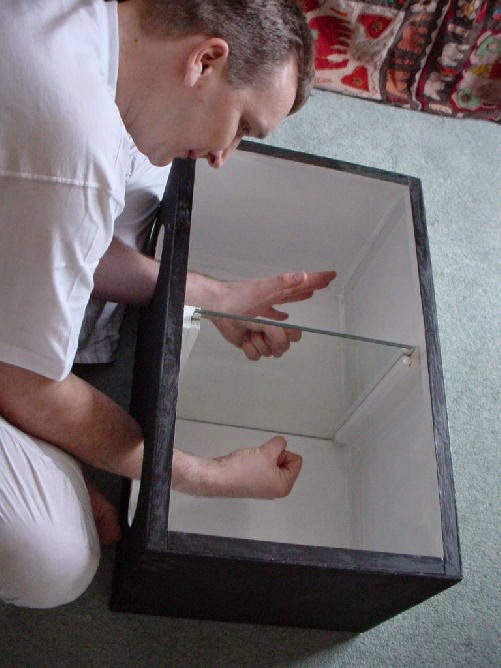 Ramachandran had the insight to fight illusion with illusion and designed his “mirror box” to fool the patient’s brain as shown in this BBC video.   In a mirror box the patient places the good limb into one side, and the damaged limb into the other.

The patient sees the good limb and makes “mirror symmetric” movements, as a symphony conductor might. Seeing the reflected image of the good hand moving, it appears as if the missing limb is moving, hopefully tricking the brain.

This visual illusion can make it possible for the brain to “move” the phantom limb from painful positions.   Half of the “phantom limb” patients lost their pain.  (Ramachandran, et al., Proc. Royal Soc. B, 1996)

This approach has also been used w/some success w/stroke victims where a limb is no longer mobile.  The mirror box remains controversial, but it works well in some situations.

The traditional belief was that pain sensors send a one-way signal to the brain and pain is perceived at levels corresponding to the seriousness of the injury.   However, the “most important article in the history of pain” by Ronald Melzack and Patrick David Wall in “Pain mechanisms: A New Theory” in Science defined a pain system spread throughout the brain and spinal cord.  This system is an active recipient of the pain, as the brain controls the pain signals we feel with several gates between the injury and the brain.

This “gate control” determines if/when pain messages pass through these gates based on their importance, which explains many surprising pain experiences.  When U.S. troops landed in Italy in WW II, 70% of those seriously wounded reported no pain.  (P. Wall).

This is a frequent report of wounded folk on the battlefield who continue fighting w/o pain.   When my hand was mangled in a garage door opener, there was no pain and other functions responded immediately.

This is an evolutionarily-critical system.  If our ancestors always curled up, writhing in pain, after being attacked on the African veldt, we wouldn’t be here.  Their brains learned to have the pain manifest later.

The placebo effect (Blogpost ” Placebos…how and when they work…new studies/science” ) occurs when patients who expect to get pain relief from a pill (w/o active ingredients) have less pain.   fMRI brain scans show that during the placebo effect, the brain dials down its pain-responsive regions.  (Wager, et al., Science, 2004).

The pain we experience is also affected by current mood, past pain experiences, psychology, and how serious we think our injury is.

Wall and Melzack showed that pain maps in the spinal cord can change following injury, resulting in a neuroplastic alteration that makes a person hypersensitive to pain.

Maps also enlarge their receptive field which increases pain levels, and spill over into adjacent maps resulting in “referred pain”, where we feel pain in another part of the body. 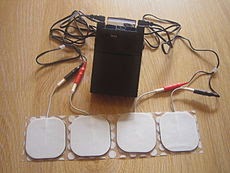 Gate control has led to new treatments based on pain blocking.  Wall co-invented Transcutaneous Electrical Nerve Stimulation, or TENS, which uses electric current to stimulate pain-inhibiting neurons to close the gates.  i had TENS treatments in PT after shoulder surgery.

The gate theory also makes Western scientists less skeptical of acupuncture, which may also be turning on pain-inhibiting neurons to close gates and block pain perception.

So, the brain can generate pain from imagined sources in confusing ways as it neuroplastically changes to make the best use it can of its available real estate. It has also evolved to manage pain levels to ensure our survival in difficult circumstances.  The amazing, changing, brain…

We would play shower games like ‘I will remember you every time I …’ We would prepare a death ‘nursery.’ There’d be a great playlist.