On the Length of Nowness 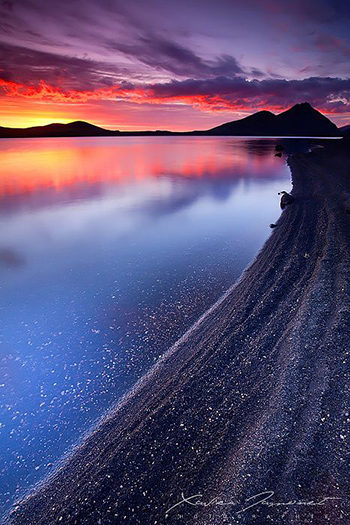 Time might be an illusion, but the “now” is clearly present in our lives. Experiencing the present as a distinct entity not only allows our brain to track the passage of time but also enables us to interact with the world. “Your sense of nowness underpins your entire conscious experience,” said Marc Wittmann, a researcher at the Institute for Frontier Areas of Psychology and Mental Health in Freiburg, Germany, in an interview with New Scientist.

Scientists have a good understanding of how the body sets its daily clock according to the light-dark cycles of its environment, but the mechanics of our perception of “nowness” are less clear. Research by neuroscientists and psychologists, however, seems to indicate that the now that we experience—the “psychological present”—lasts between two and three seconds.

The implicit mechanism that determines the timing of this “now” forms the basis for our conscious experience and contains two aspects—the sense that we live permanently in the present and that time flows like a river from the past towards the future. Underpinning our implicit mechanism are subconscious (or “functional”) components which operate over different timespans depending upon the sensitivity of the senses. Research has shown, though, that when the eyes and ears experience stimuli—such as flashes and beeps—that are slightly out of sync, the brain can synchronize the signal so they appear to occur at the same interval.

It is not clear, though, how the functional moments of our senses give rise to either the now that we experience or the sense of flowing time. Wittman proposes a hierarchy of nows, with each one building on those that came before, accumulating until the flow of time arises in our consciousness. He describes the mechanics of this more in the New Scientist article, but he also emphasizes the importance of being mentally present. “It is the now of ‘I’, of your narrative self,” he said.

Meditators have long claimed to be more fully present. Some research backs this up, with experienced meditators able to hold a given perspective of a drawing of a cube in their mind longer than non-meditators. Meditators also score more highly on tests of working memory and attention. This is more than just being able to focus better; it can shift our perception of time. “Meditators perceive time to pass more slowly than non-meditators, both in the present and retrospectively,” said Wittman.

Other research has shown that when people perceive an event to last longer—as often occurs during traumatic experiences like car crashes—they absorb more details about the event and can describe it more accurately. So our experience of now is reflected in real changes in how we process sensory information, a trait that may have helped us survive throughout human history.

But while experiencing “now” can be a good thing, we should be careful not to let the flow of time distract us from the only moment that we really have—the present one.

Most of the Mind Can’t Tell Fact from Fiction

Stories, fiction included, act as a kind of surrogate life.