On Spiritual Bypassing and Relationship 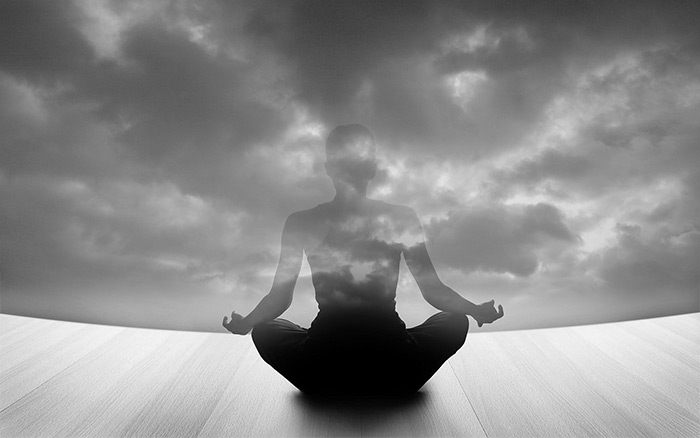 Spiritual bypassing is a term I coined to describe a process I saw happening in the Buddhist community I was in, and also in myself. Although most of us were sincerely trying to work on ourselves, I noticed a widespread tendency to use spiritual ideas and practices to sidestep or avoid facing unresolved emotional issues, psychological wounds, and unfinished developmental tasks.

When we are spiritually bypassing, we often use the goal of awakening or liberation to rationalize what I call premature transcendence: trying to rise above the raw and messy side of our humanness before we have fully faced and made peace with it. And then we tend to use absolute truth to disparage or dismiss relative human needs, feelings, psychological problems, relational difficulties, and developmental deficits. I see this as an “occupational hazard” of the spiritual path, in that spirituality does involve a vision of going beyond our current karmic situation.

Trying to move beyond our psychological and emotional issues by sidestepping them is dangerous. It sets up a debilitating split between the buddha and the human within us. And it leads to a conceptual, one-sided kind of spirituality where one pole of life is elevated at the expense of its opposite: Absolute truth is favored over relative truth, the impersonal over the personal, emptiness over form, transcendence over embodiment, and detachment over feeling. One might, for example, try to practice nonattachment by dismissing one’s need for love, but this only drives the need underground, so that it often becomes unconsciously acted out in covert and possibly harmful ways instead.

I’m interested in how spiritual bypassing plays out in relationships, where it often wreaks its worst havoc. If you were a yogi in a cave doing years of solo retreat, your psychological wounding might not show up so much because your focus would be entirely on your practice, in an environment that may not aggravate your relational wounds. It’s in relationships that our unresolved psychological issues tend to show up most intensely. That’s because psychological wounds are always relational — they form in and through our relationships with our early caretakers.

The basic human wound, which is prevalent in the modern world, forms around not feeling loved or intrinsically lovable as we are. Inadequate love or attunement is shocking and traumatic for a child’s developing and highly sensitive nervous system. And as we internalize how we were parented, our capacity to value ourselves, which is also the basis for valuing others, becomes damaged. I call this a “relational wound“ or the “wound of the heart.”

There is a whole body of study and research in Western psychology showing how close bonding and loving attunement— what is known as “secure attachment” — have powerful impacts on every aspect of human development. Secure attachment has a tremendous effect on many dimensions of our health, well-being, and capacity to function effectively in the world: how our brains form, how well our endocrine and immune systems function, how we handle emotions, how subject we are to depression, how our nervous system functions and handles stress, and how we relate to others.

In contrast to the indigenous cultures of traditional Asia, modern child-rearing leaves most people suffering from symptoms of insecure attachment: self-hatred, disembodiment, lack of grounding, chronic insecurity and anxiety, overactive minds, lack of basic trust, and a deep sense of inner deficiency. So most of us suffer from an extreme degree of alienation and disconnection that was unknown in earlier times— from society, community, family, older generations, nature, religion, tradition, our body, our feelings, and our humanity itself.

Being a good spiritual practitioner can become what I call a compensatory identity that covers up and defends against an underlying deficient identity, where we feel badly about ourselves, not good enough, or basically lacking. Then, although we may be practicing diligently, our spiritual practice can be used in the service of denial and defense. And when spiritual practice is used to bypass our real-life human issues, it becomes compartmentalized in a separate zone of our life, and remains unintegrated with our overall functioning.

In my psychotherapy practice I often work with students who have engaged in spiritual practice for decades. I respect how their practice has been beneficial for them. Yet despite the sincerity as practitioners, their practice is not fully penetrating their life. They seek out psychological work because they remain wounded and not fully developed on the emotional/relational/personal level, and they may be acting out their wounding in harmful ways.

It’s not uncommon to speak beautifully about the basic goodness or innate perfection of our true nature, but then have difficulty trusting it when one’s psychological wounds are triggered. Often dharma students who have developed some kindness and compassion for others are hard on themselves for falling short of their spiritual ideals, and, as a result, their spiritual practice becomes dry and solemn. Or being of benefit to others turns into a duty, or a way of trying to feel good about themselves. Others may unconsciously use their spiritual brilliance to feed their narcissistic inflation and devalue others or treat them in manipulative ways.

Meditation is also frequently used to avoid uncomfortable feelings and unresolved life situations. For those in denial about their personal feelings or wounds, meditation practice can reinforce a tendency toward coldness, disengagement, or interpersonal distance. They are at a loss when it comes to relating directly to their feelings or to expressing themselves personally in a transparent way. It can be quite threatening when those of us on a spiritual path have to face our woundedness, or emotional dependency, or primal need for love.

I’ve often seen how attempts to be nonattached are used in the service of sealing people off from their human and emotional vulnerabilities. In effect, identifying oneself as a spiritual practitioner becomes used as a way of avoiding a depth of personal engagement with others that might stir up old wounds and longings for love. It’s painful to see someone maintaining a stance of detachment when underneath they are starving for positive experiences of bonding and connection.

To grow into a healthy human being, we need a base of secure attachment in the positive, psychological sense, meaning: close emotional ties to other people that promote connectedness, grounded embodiment, and well-being. As John Muir the naturalist wrote: “When we try to pick out anything by itself, we find that it is bound fast by a thousand invisible cords that cannot be broken, to everything in the universe.” Similarly, the hand cannot function unless it is attached to the arm—that’s attachment in the positive sense. We’re interconnected, interwoven, and interdependent with everything in the universe. On the human level we can’t help feeling somewhat attached to people we are close to.

From my perspective as an existential psychologist, feeling is a form of intelligence. It’s the body’s direct, holistic, intuitive way of knowing and responding. It is highly attuned and intelligent. And it takes account of many factors all at once, unlike our conceptual mind, which can only process one thing at a time. Unlike emotionality, which is a reactivity that is directed outward, feeling often helps you contact deep inner truths.

The truth is, most of us don’t get as triggered anywhere in our lives as much as in intimate relationships. So if we use spiritual bypassing to avoid facing our relational wounds, we’re missing out on a tremendous area of practice. Relational practice helps us develop compassion “in the trenches,” where our wounds are most activated.

I help people inquire deeply into their felt experience and let it gradually reveal itself and unfold, step by step. I call this “tracking and unpacking”: You track the process of present experiencing, following it closely and seeing where it leads. And you unpack the beliefs, identities, and feelings that are subconscious or implicit in what you’re experiencing. When we bring awareness to our experience in this way, it’s like unraveling a tangled ball of yarn: different knots are gradually revealed and untangled one by one.

As a result, we find that we’re able to be present in places where we’ve been absent or disconnected from our experience. Through reaching out to parts of ourselves that need our help, we develop an intimate, grounded kind of inner attunement with ourselves, which can help us more easily relate to others where they are stuck as well.

I see relationship as the leading edge of human evolution at this time in history. Although humanity discovered enlightenment thousands of years ago, we still haven’t brought that illumination very fully into the area of interpersonal relationships.

An excerpt from An interview with John Welwood by Tina Fossella, first published in Triycle Magazine.

We are saddened by the death of John Welwood in January 2019. John was a leading figure in transpersonal psychology and in the field of integrating Western psychology and Eastern wisdom. He wrote numerous books, including Perfect Love, Imperfect Relationships: Healing the Wound of the Heart; Toward a Psychology of Awakening: Buddhism, Psychotherapy, and the Path of Personal and Spiritual Transformation. He was a practicing clinical psychologist in San Francisco and associate editor of Transpersonal Psychology.

Much of life changes but the overall thread doesn’t change

From 'The Wild Edge of Sorrow: Rituals of Renewal and the Sacred Work of Grief; The Threshold Between Loss and Revelation'

Welcome to the flesh-circled hollow of the Omphalos. A bodily valley. An earthly hub.280

Even if our primary interest is in spiritual transformation, we cannot separate out our unresolved relational trauma

Even if our primary interest is in spiritual transformation, we cannot separate out our unresolved relational trauma

From 'The Wild Edge of Sorrow: Rituals of Renewal and the Sacred Work of Grief; The Threshold Between Loss and Revelation'

Welcome to the flesh-circled hollow of the Omphalos. A bodily valley. An earthly hub.280

Much of life changes but the overall thread doesn’t change