Nonduality and Mindfulness — Two Great Traditions that Go Great Together 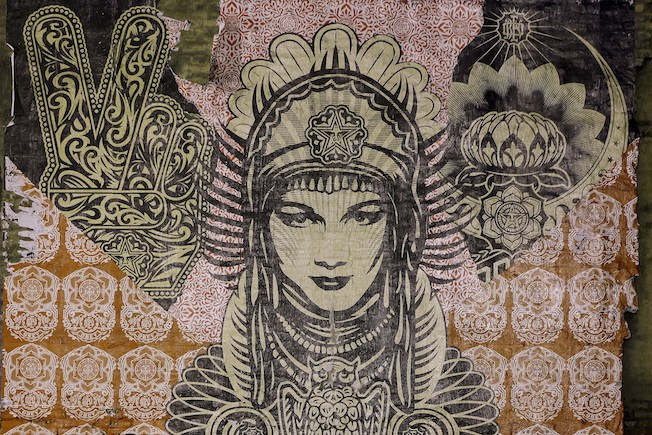 At the extremes, these two traditions can become very critical of each other. Some nondualists think that mindfulness meditators are caught in the trap of working hard to get somewhere, and end up just building a meditator ego to replace their everyday ego. Some mindfulness practitioners think that nondualists are just playing a recursive word game (“Who is playing a word game?”) and narcissistically kidding themselves about how enlightened they are, while complacently denying their own foibles.

It’s a shame that these two wisdom traditions—especially in their American expressions—are antagonistic to each other. Really they just represent the two ends of a spectrum of theories about the same idea—the idea of how to awaken to real freedom. It’s a shame, because in my opinion most nondualists (especially neo-advaitins) could use a little more of the mindfulness attitude, and most mindfulness practitioners could use a little more of nondual outlook. Working together they could, like peanut butter and chocolate, form something much more excellent than either on their own. Something we might call Nondual Mindfulness, or Practical Advaita.

Nondualism or advaita (which includes most of Madhyamika Buddhist philosophy, too) holds that we are already completely, perfectly enlightened. Many traditional schools of nondualism stress, however, that we need to do some practice to reveal this true nature to ourselves. We have blinders on, and cannot see our own enlightenment, and a practice (which there are many types of) will remove the blinders and allow our inherent liberation to naturally shine forth. It’s like the practice blows the clouds away and suddenly we can see the sun and sky, which were already and always there.

But, due to accidents of history, American nondualism, or what is called “neo-advaita,” took the more radical viewpoint that no practices are necessary to uncover our deepest wisdom. In this viewpoint, practices are actually counter-productive because they are emphasizing the untrue concept that the ego needs to do something to get enlightened. That practice is needed to find awakening. In the neo-advaita view, the more you struggle to be free, the more you ignore your own complete freedom that is already there. The more you fight, the more you emphasize the (unreal) existence of the fighter, thus causing you to become more lost.

And that’s why neo-advaita is so inimical to any meditation technique at all, including mindfulness. Mindfulness practice, to a neo-advaitin, is just a lot of effort to convince yourself that you’re not already free. A big waste of time that leaves you worse off—even more mired in delusion—than you were before.

The trouble with this viewpoint is that it’s more of a philosophy than a practical application. You can think you’re free and let go of all ideas of non-freedom all you want, but at the end of the day, you may still not feel very free. For people suffering from real world problems like stress, anxiety, depression, drug addiction, relationship breakup, and a thousand other human catastrophes, being told “not to hold on to those stories and just feel your inherent freedom” can feel like an impossibly cynical mindfuck. It can make you feel inadequate or stupid, and doesn’t really help. Just like the New Age catch-22 of telling cancer victims that it’s their own fault, and that they just need to believe they are healed in order to effect a real cure (thanks a lot), the neo-advaitins often tell people in situations of extreme suffering that it’s all their own fault — and not infrequently this oh-so-helpful message is imparted with an air of superiority and smugness.

On a deeper note, if you do begin to do the (non-practice) that neo-advaita prescribes, namely to realize that your thoughts and feelings are not your thoughts and feelings, it can lead to dissociation. Constantly denying your own body and mind has a cost, and some on the nondual path find themselves stuck in the trap of meaninglessness for many years, not realizing that they have been mired in identification with this self who “doesn’t care.”

The advaita view, while philosophically powerful, was not traditionally taught with no practices to go with it. For example in Soto Zen—which like most Buddhism philosophically agrees about the inherent awakening in each person, called the Buddha Nature—people are encouraged to do a practice called “just sitting” (shikantaza). Just sitting is just sitting, a practice that is not a practice. Traditionally a monk or nun would do such a non-practice, however, for tens of thousands of hours in their lifetime. For a non-practice, that is an awful lot of practice, and it has a predictably powerful awakening effect.

Even the grand master of advaita, Ramana Maharshi, gave his students practices. While talking about how we are already enlightened, he taught people to meditate, chant mantras, do breathwork, and other effortful practices. If you read the detailed histories of his top students  (you can do so in the books by David Godman, a series called The Power of the Presence) who were very highly respected, realized persons, he gave all but one of them such practices to do. And they practiced them with all their hearts, sometimes for decades. Ramana, in other words, understood the difference between the philosophy of advaita and its practice. (Ironically, it was someone who met Ramana only once, named H. W. L. Poonja, who gave rise to the American school of radical non-practicing advaita. This was the one student he didn’t give any practices to.)

Except in rare cases, it is necessary for a person to do meditation practices to remove their ignorance of their own awakening. Afterwards, from their enlightened perspective, they may see how ridiculous it all was, but they never would have seen that without having done these “ridiculous” practices.

But advaita also has something very useful to contribute to mindfulness, because the advaita critique of mindfulness is legitimate and important. Again, it’s the idea that mindfulness strengthens the sense of being somebody (you, the meditator) doing something (practicing meditation) – a sense which, in the long run, is still an ego. Because mindfulness teachers very often talk about the practice as “becoming a witness of experience,” they are actually creating a safe haven for the ego, which can keep the person from realizing their fundamental awakening.

You only have to spend time around some of the more long-term mindfulness communities to see the result of this misstep in action. There are a large number of practitioners who have been diligently doing their mindfulness meditation for decades, and who seem to be stuck in a particular place. They have gotten an edge or a handle on life. They’re pretty good at coping with difficulties, and they are much less caught up in the madness of their egos than the average person on the street. All of which is excellent. But beyond this, they are in a cul-de-sac. Nothing has changed in their practice for years or even decades. They seem somewhat flat or depressed. They may even refuse to acknowledge that real awakening exists, and consider enlightenment to be a dirty word. (Talk about missing the point.)

The diagnosis is clear: they have fallen into the “Observer Trap.” The prognosis is good, if they can learn how to meditate on the sense of self involved in doing the meditation itself and then deconstruct that. By turning the meditator itself into the object of meditation, they can experience the dissolution of the meditator ego, and touch real awakening. It’s really that simple, but you will find few mindfulness teachers who are aware of this solution, or even of the problem itself.

Although I don’t like to promote steps-and-stages models of awakening (they’re always too reductive), I believe that mindfulness is a two-step process. First, you become the witness of experience. Second, you realize that you are not that witness. Virtually all of mindfulness in America only teaches you step one. Again, even step one is a big improvement over having no steps at all. However, if you are stuck in your practice, and you want to experience some of the deeper levels of awakening, then taking the second step is crucial.

There are several ways to take this step. The standard nondual method is to simply sit with no agenda. Notice that this is not “not meditating,” it’s meditating with no technique. (The difference is crucial.) Another advaita technique that is applicable is self-inquiry practice, in which you look for the person who is meditating. The method that fits best with mindfulness practice is slightly more effortful, however. It involves patiently deconstructing the sense of the meditating self. Noticing the thoughts of the meditator (“This is going well today.” “Am I doing this right?” etc.) and the feelings of the meditator (happy that it’s going well, frustrated that it’s not, etc.). You can read a more in-depth description of the practice here.

Thus the outlook of mindfulness can contribute something useful to advaita, and the outlook of advaita can contribute something useful to mindfulness. In the end, all of these distinctions only matter if they help you to make progress in your practice to reveal your true awakening. Nondualist — ask yourself if you’re just kidding yourself about how much freedom you actually feel each day. There are ways to go deeper without getting trapped in grasping, striving, and comparison, and those ways involve dedicated practice. Mindfulness-folks — ask yourself whether you’ve been stuck in basically the same place in your practice for a long time. There are ways to go deeper which involve deconstructing your practice itself. In both cases it will probably include a lot of discomfort at pushing yourself out of a comfortable resting place you’ve found to camp out in. The peace, joy, and freedom you will find will be worth all the effort.

Michael W. Taft is the author of Nondualism: a Brief History of a Timeless Concept and The Mindful Geek.

The Miracle of Life

Do you live in fear, or in the miracle of life?