Nondualism in Western Philosophy: a Series of Pointers (1/11) 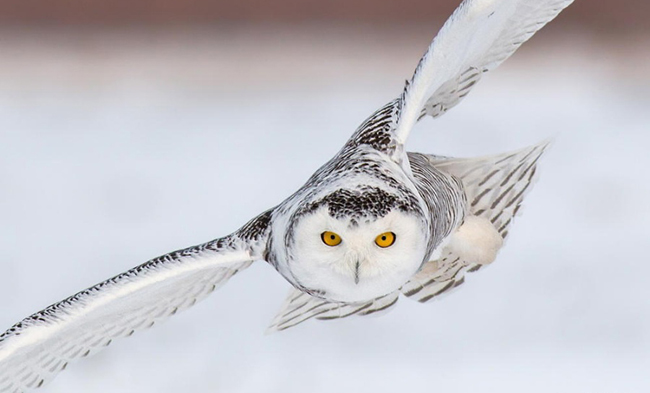 This is a series of pointers to how the Western approach can assist with one’s self-inquiry. It is less a historical survey, and more a collection of Western views that might serve as tools for inquiry, along with suggestions on how these tools might be used. Every week we will publish one new article on this topic in a total of eleven articles.

The conclusion of this series consists of a practical, forward-looking dialogue.

I haven’t included every philosopher in the Western tradition to have written something that might be considered nondual. Instead, my choices are pragmatic. I’ve chosen the writers I have found most helpful in skillfully deconstructing the classic dualisms that seem to block people doing nondual inquiry. So for example, the well known Heidegger and Nietzsche are not covered, though they wrote several things that can be helpful. Yet the lesser known writers Brand Blanshard and Colin M. Turbayne are covered, as I find that readers may regard their approaches as helpful. 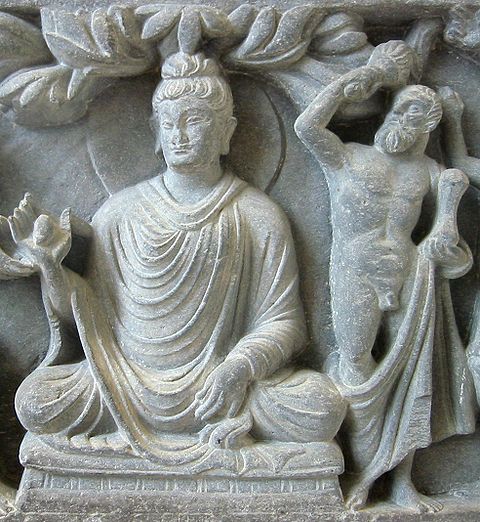 Heracles depiction of Vajrapani as the protector of the Buddha, 2nd century Gandhara, British Museum.

Nondualism
Nondualism is an experience, a mode of existence of the self and world, and a metaphysical1 view about reality. As an experience, it is a sweet, nonobjective sense of presence, of borderlessness, and lack of separation. As a mode of existence of the self and world, it is said to be a matter of fact. As a metaphysical view, nondualism holds that reality is not composed of a multiplicity of things. This seems vague, and it is because beyond this point, the varieties of nondualism disagree. If reality is not a multiplicity of things, is it then just one thing? Or less? Just what is reality? Some nondualists say that reality is awareness. Some say it is voidness. Some say it is a net of jewels, where each jewel is composed of the reflections from all the other jewels. And some nondualists say that the nature of reality is that it has no nature.

What’s Wrong with Dualism Anyway?
So why is nondualism a goal? Does it feel better? Is it more true?

Most of the philosophers who write on nondualism argue that dualism falsely claims to be an accurate picture of our experience. They also argue that it causes suffering. These are two slightly different approaches.

Nondualism’s “false claim” argument challenges dualism’s claim to correctly represent reality. Dualism claims to be a view about how things really are, but when the view and its presuppositions are looked into, they are found not to be in accord with our experience. Our experience, say nondualists, is truly without borders, edges or separation. Therefore, the notion that the world is made up of divisions between self and other, good and bad, here and there, past and future, does not make sense. We only seem to experience these divisions. These divisions do not really exist, so we do not really experience them. Nondualism, it is argued, can correct the misinterpretation of our experience and restore our original wholeness.

Nondualism’s “argument from suffering” has to do with dualism’s effects – dualism leads to suffering and misery. Nondualists feel that a dualistic and divided experience of the world results in feeling separated (separated from what we take to be external objects, other people, the world, etc.). Feeling separated leads to feeling finite and vulnerable. It leads to suffering. This can be alleviated: a deep intuitive understanding of our nondual, unbroken experience is the end of the experience of separation. Therefore it is tantamount to the end of suffering.

Nondualism East and West
Eastern and Western approaches to nonduality reflect the more general differences between Eastern and Western approaches to philosophy. Eastern philosophy is most often pursued within the context of the Eastern spiritual traditions. Western philosophy can occasionally be found within Western spiritual traditions, but it is much more active outside them.

Eastern philosophy has very strong nondual traditions, which include Taoism, several forms of Buddhism, and Advaita Vedanta (the nondual extension of Hinduism). These traditions are also explicitly “soteriological.” That is, their purpose is to resolve the big questions of life and death, and to alleviate suffering. The experiential resolution of these matters is regarded as liberation or enlightenment. And the philosophies themselves are illustrated by hundreds of stories in which teachers assist students on their quest.

Western philosophy was originally practiced in a very similar way. “Know thyself” was inscribed on the forecourt of the Temple of Apollo at Delphi in ancient Greece. Practiced famously by Socrates, philosophy was engaged as a sort of care of the self, or an investigation into the way the self and world exist. The philosophies of the Stoics, the Epicureans, the Skeptics, and Boethius were avowedly therapeutic.2 But after the 18th century, philosophy became more and more academicized; it was removed from practical, personal and transformational use. Western philosophy’s goal became to discover the grounds of scientific truth and the limits of mans’ ability to know it.

Western Mysticism
Before examining the nondualist strands in Western philosophy, we should say a few words about Western mysticism. The writings of the great Western mystics tend to overlap both philosophy and religion. Their writings are not as logically precise as philosophy; neither do they require the same level of faith as religious writings.

Mysticism is often pursued by the nondual inquirer for the depth of its wisdom and how it penetrates man’s most subtle experiences. To pursue the mystical path, one does not so much follow a line of argumentation; rather one enters openly and whole-heartedly into experience. Mysticism and philosophy compliment each other. Many people find it more effective to engage both modes than either one alone.