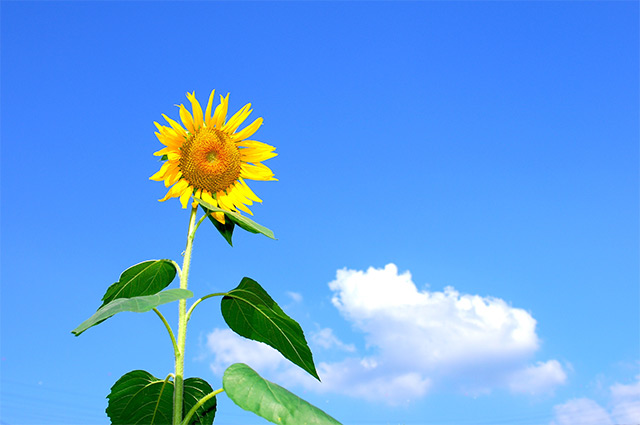 When I was young, one of the most frequently heard advertising jingles was the soothing voice of Ronald Reagan in the General Electric commercial telling us that: “Progress is our most important product.” In the 1950’s and early 1960’s, many Americans liked to imagine that things were getting better and better, and that they would always continue to get better and better. That was the American Dream, in which we were all guaranteed the right to pursue happiness.

In the counter-culture that sprang up in the 1960’s, we had the same basic idea. The revolution would sweep away all forms of oppression and injustice leaving a wonderful utopian world where everyone would share the riches of the earth and nurture one another in a world devoid of racism, sexism, heterosexism, classism or any other form of inequality.

The spiritual New Age of recent decades has also promised a brighter future, a Golden Age, a New Earth where humans will evolve to a higher level of consciousness and act from a more holistic, ecological and global worldview. We will transcend conflict, division and greed. Old animosities will be healed. Humanity will no longer be addicted to and driven by material consumption. We will become pure spirit, living happily ever-after in a new, cooperative, organic, vegan, crime-free, Garden of Eden.

But eventually it becomes obvious that, although there has been significant progress on some fronts, there is still war, greed, murder, rape, poverty, animosity, conflict, famines, old age, death, disability, epidemics and injustices of all kinds. And it also becomes abundantly clear that different groups have completely opposite ideas about what constitutes progress. However improved or enlightened we become, the bodymind is still subject to excruciating pain, physically and mentally. Predators still stalk and rip apart their prey, empires still rise and fall. And in spite of all the progress humans appear to have made, no one seems able to stop the juggernaut of climate change, environmental devastation, overpopulation and unbridled consumption that now appear to be threatening all life on earth. And even if we do manage to find a way through that, one day, as my father told me when I was a child, the sun will explode and this movie of life on earth will end. In some sense, we’ve always known this. It is embodied in religious images such as the Son of God nailed to a cross, blood dripping from the crown of thorns on his head, or Kali with her necklace of skulls devouring her children.

At first glance, this sounds dreadful. But what if there is no happy ending?  What if we aren’t really going anywhere at all?

What if this, right here, right now – this one eternal present moment – is it? What if life will always be a mix of positive and negative, pain and pleasure, success and failure, enlightenment and delusion, nirvana and samsara? What if there is no beginning and no end? And what if there is space Here / Now for all of it to be just as it is?

Can you feel the relief?

The quest for self-improvement, when rooted in a sense of unworthiness and lack, and when spurred on by a desire to be somebody special and to live forever on the sunny side of the street, leads invariably to disappointment, disillusionment, humiliation and defeat. And that’s actually wonderful, because gradually, we begin to wake up to the fact that there are no one-sided coins and that life is an ever-changing event that includes absolutely everything. We begin to realize that the true spiritual path isn’t about fixing “me” so much as it is about waking up to the space, the wholeness, the totality that has room for everything to be exactly as it is.

Of course this doesn’t mean we give up all efforts to improve or change. There is certainly a place in the movement of life for noticing things that are harmful or painful to ourselves or others and doing whatever we can to change them, seeing how we do our suffering and discovering the possibility of a different way of being. There is a place for medicine, recovery programs, therapy, social justice work, meditation retreats and healing work of all kinds. All of this is the natural movement of evolution playing out in human form. The place where it takes a wrong turn is in our mistaken ideas of perfection (or happy endings) and in our notion that it’s all about the fictitious me.

Self-improvement is all about me. It is rooted in a sense of lack, and in a bottom-line fear of death that it strives to banish by frantically bettering myself. If I just exercise enough, eat the right foods and meditate enough, I can somehow avoid pain and suffering and vanquish death. That, of course, is delusion. Genuine transformation, on the other hand, emerges from wholeness. It is rooted in unconditional love, surrender to God or presence (a power greater than the thinking mind—the power of Now, awareness, life itself). Genuine transformation has a fundamental trust or faith in the universe, in the way it is (the Tao). From this perspective, I’m not exercising with the desperate expectation that I will avoid suffering and death as a result, but rather, because it is what the universe wants to do. I’m doing it for the joy of doing it, without expectation. Yes, I may still have a goal or an intention of keeping the body healthy and flexible, but I’m not attached to or fixated on the results.

Self-improvement is focused on the future, while genuine transformation is focused Here / Now. Self-improvement is rejecting what is and chasing after an ideal, while genuine transformation always begins with completely accepting what is, as it is. It has no ideals of perfection, no fixed ideas about what “should” happen next, but is rather open and available to the unfolding of life and to the discovery of something new and unexpected.

There are no rules for where self-improvement ends and genuine transformation begins. It is something we become more and more sensitive to, discerning the difference and discovering what actions bring freedom and joy and what actions bring contraction and suffering.

This brings me to the subject of enlightenment, imagined by many to be the ultimate Happy Ending for me. One of my pet peeves is the claim and the promise of a permanent, personal state of perpetual happiness and bliss. This picture of permanent personal enlightenment doesn’t really fit with the way reality is. The ocean is a moving event in which no wave is wetter or closer to the ocean than any other, and no wave has an independent existence as any kind of particular, persisting form apart from the ever-changing, undivided, seamless movement of the ocean. There is no permanent person to be permanently enlightened.

Each ever-changing bodymind has (as a result of infinite conditions of nature and nurture)  a unique weather pattern, much as each geographical location does. In the same way that Seattle tends to be rainy and overcast, and Los Angeles tends to be sunny and clear, and Oklahoma is prone to lots of tornados, and Chicago has a lot of thunder and lightning storms, and Florida and New Orleans have hurricanes, some bodyminds just naturally have more sunny weather – more equanimity, better impulse control, a more easy-going disposition, while others are by nature more prone to cloudy or stormy weather – more agitation, anxiety, depression, addiction, whatever it might be.

In the Myth of the Happy Ending, we imagine that enlightenment means that Seattle becomes a permanently sunny place. But is this what words such as enlightenment or liberation are really pointing to? Or are they pointing to being at peace with the weather of this moment, just as it is?

Clearly, many shifts in perception or state of consciousness are possible. The sun comes out on a cloudy day, you drink a cup of coffee or a glass of wine, you make love with someone, you sit in silence for seven days, you go through menopause – endless shifts. Eventually we realize that all these shifts are the movement of One Life, that they have no owner, and that they are all equally empty of substance, solidity, permanence, inherent reality or enduring form. This realization is the falling away of our ideas about “something” and “somebody” and “forever after.”

I spent many years looking for the perfect place to live, the perfect spiritual teacher, the perfect path, the perfect career, the perfect community, and so on, before realizing that no such lasting perfection exists except as an imaginary idea. The only real perfection is Here / Now, and it’s not about the content, it’s about the awareness and the presence that is here regardless of the content, not because of the content. I also spent many years chasing some final enlightenment event, some happy ending, believing that there was some Finish Line that I had not yet crossed. Finally, that whole fixation and search for enlightenment fell away, not in any Big Bang event, but gradually and quietly and imperceptibly, and not because “I” became permanently enlightened at last, but because that very idea became transparently absurd.

That was a big relief, but it didn’t mean that forever after all the stormy, cloudy weather in this life totally disappeared. Life includes the whole show. This unbound aliveness Here / Now is not mine or yours.

When we’re awake to the simplicity of What Is, there is no concern with some happy ending in the future. Nothing needs to be improved. We may still be moved by life to go to the gym, take up meditation, practice yoga, fix up our car, learn a new language, work to save the environment, or train for the Olympics, but it is clear that we aren’t going anywhere other than Here / Now. There is no end and no beginning. There is simply this indefinable happening in which everything is included.

And we’re always already Here. What a relief!