Margaret Wertheim: The Changing Concept of the Self 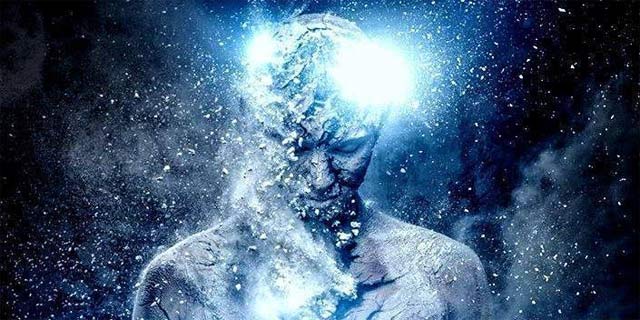 One question that has been at the heart of both science and culture for centuries is what is the nature of the self. Over the years, we have come up with many answers to this question, but it turns out that our view of the self has shifted along with our understanding of the universe.

“As our thinking about space changes, so do our ideas about the conception of the self,” Margaret Wertheim, science writer and co-founder and director of the Institute For Figuring in Los Angeles, said in an interview with On Being [http://onbeing.org/programs/margaret-wertheim-the-grandeur-and-limits-of-science/].

According to Wertheim, in the Middle Ages, before the scientific revolution, people saw the self as having two separate components — a body and a soul. The body existed in the material world, and the soul existed in a separate realm.

This view changed with the rise of Newtonian physics, when our concept of space shifted to focus entirely on the physical, leaving no room for our spirit.
“This is the fundamental trauma at the heart of the modern Western world,” said Wertheim. “We re-conceived the world as a spatial system which no longer had any way of describing the psychological or spiritual aspects of our being.”

In recent years, the rise of cyberspace and virtual reality has returned us to a version of what Wertheim calls “medieval dualism.” People can experience part of their self as existing online or in a virtual universe, while their physical self occupies a chair. There are, though, a few differences.

In the Middle Ages, said Wertheim, people also had a language for discussing the self — she points to Dante’s Divine Comedy as a “beautifully articulated” description of the afterlife of our soul-self. Today, neuroscientists attempt to fill in the void by “trying to explain all psychological phenomena in terms of physiological things.”

Wertheim see limits to this approach. While many psychological states have a neurological basis, others — like the experience of pain or redness — are more fundamental, just like neurotransmitters or neurons firing. For neuroscience to really capture the essence of the self, a different approach is needed.

“I think we can find interesting things from studying neurophysiology,” said Wertheim, “but we still need a science of mind, not just of brain.”

In the interview, Wertheim also talks about how mathematics can help us understand the nature of reality. Much of the universe can be described in mathematical terms, often with a high degree of accuracy.

“Quantum mechanics and general relativity have both been demonstrated to be true in their demands of expertise to 20 decimal places of experimentation,” said Wertheim. “That’s a degree of success which is mind-blowing and awe-inspiring.”

But for many people, mathematical equations and concepts exist only on paper, even though they can also be found in the real world. For example, pi defines the circle that outlines the sun or a hubcap, and the swirling calla lily and fringe-like coral reefs are hyperbolic geometry in action.

Wertheim’s Institute For Figuring — or, IFF, which is also the logical symbol for “if and only if” — tries to help ordinary people discover the language of mathematics by learning it in “embodied ways.”

One of the Institute’s best known projects is the Crochet Coral Reef project, a crocheted model of the crenellated forms that corals make, which Wertheim says are “embodiments of negative curvature space, which has come to be called hyperbolic space — hyperbolic geometry.”

Hundreds, or thousands, of people work together — like the billions of coral polyps that built the Great Barrier Reef — to create a huge coral reef installation that connects people to not only mathematical concepts, but also to the fragility of the world around us.

“We humans, each of us are like a coral polyp,” said Wertheim. “Individually, we’re insignificant and probably powerless. But together, I believe we can do things. And I think the metaphor of the project is we are all corals now. We are all at risk.”

Infinite Potential: The Life and Ideas of David Bohm

about the man Einstein called his “spiritual son” and the Dalai Lama his “science guru.”