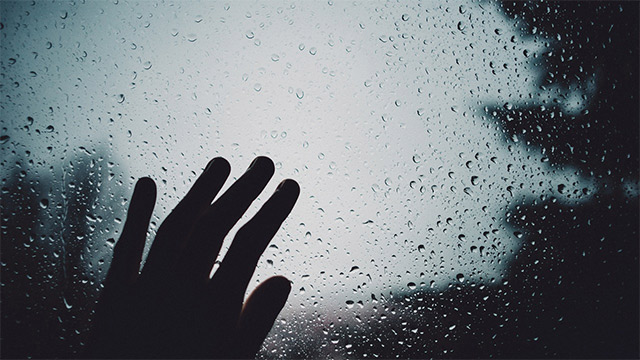 “I love the dark hours of my being,” wrote poet Rainer Maria Rilke in his Book of Hours: Love Poems to God. A growing body of research shows that embracing your darkest emotions in this way, rather than trying to ignore or detach from them, may improve your psychological health.

This approach runs counter to what many of us learned as children and adults, when we were encouraged to treat negative emotions as an unwelcome friend to be avoided or suffered through. Sometimes we even judge our negative emotions, labeling them “bad” or “harmful,” or try to turn them into something “happier,” or simply detach ourselves from them.

No matter how hard we try, though, we can never rid ourselves completely of negative emotions. Of course, there are times when everything in our life is upbeat and cheerful, but eventually something happens that makes us angry, annoyed, scared, sad or jealous. These emotional triggers can be minor, like a fight with our partner about where to go to dinner; or major, as when a family member dies or a friend betrays you.

Because negative emotions are so common in our life, they can eventually impact our psychological health. Research, though, has found that accepting these emotions — rather than judging them — may reduce their effect on us. Psychologists are still actively studying this area, but some suggest that when we consistently accept our negative emotions, future stressors will trigger a less negative response.

Researchers demonstrated this “practice makes perfect” approach in a 2006 study published in Behaviour Research and Therapy. They asked 60 people with anxiety and mood disorders to watch a short emotion-provoking film clip, in this case a scene from the movie The Deer Hunter in which captured soldiers are forced to play Russian roulette.

Before the film, researchers talked to half of the volunteers about how to suppress their emotional response to the scene. They encouraged the other people to fully accept the emotions that came up while watching the film.

Both groups were equally distressed during the film, but people who tried to suppress their emotions had more negative emotions after the film, compared to those who accepted their emotions. People in the suppression group also had an increased heart rate while watching the clip, while the acceptance group saw a decrease in heart rate.

In this study, people who tried to suppress their negative emotions were unable to do so. This approach also led to negative emotions lingering after the film was over, what the researchers called a “rebound of unwanted thoughts.”

Although other scientists have proposed mechanisms for why habitually accepting your emotions may be good for you, these have not been tested in the lab or real-life settings. A new three-part study published earlier this year in the Journal of Personality and Social Psychology attempts to fill in this gap.

In the first part of the study, researchers found that students who “habitually accepted their emotions and thoughts” had better overall psychological health, including higher mental well-being and satisfaction with life, and lower anxiety and depressive symptoms.

In the second experiment, researchers asked students to give a speech about their qualifications for a job while being video-recorded. Students who habitually accepted their emotions experienced fewer negative emotions in response to this stressful situation. However, acceptance had no significant effect on the students’ positive emotions — either boosting it or causing them to become overly calm and detached.

The researchers suggest that this shows a possible reason why accepting your emotions can improve your long-term psychological health. Whenever a stressful situation arises, people who are in the habit of accepting their emotions are more likely to have less negative emotion in response to the stressor. Given how much stress we have in our lives on an average day, this benefit quickly adds up.

To confirm this, researchers asked students to keep a diary for 14 days, identifying stressful events they experienced that day, including the most stressful one. As before, acceptance was associated with greater psychological health. This was true for all groups — based on gender, race/ethnicity, socioeconomic status and stress levels.

People who habitually accepted their emotions also experienced less negative emotion during the stressful events that they recorded in their diary. This lower daily negative emotion was linked to greater acceptance and psychological health six months later. The researchers write that this may explain how accepting our emotions shapes our long-term mental health.

Acceptance is a key component of mindfulness training, where you learn to notice thoughts and emotions that arise, without judging them. Another aspect of mindfulness, that some see as separate, is “presence.” This involves keeping your mind focused on sensations of the present moment rather than becoming lost in thoughts or daydreams. Some researchers, though, suggest that acceptance can still benefit you even if you are not focused on the current moment.

In spite of the benefits of meditation for our mental healthy, many meditators find that just being aware of and accepting emotions that come up may not be enough. That’s why some people also use “focusing” alongside their meditation practice.

This technique, sometimes known as “felt-sensing,” was developed by American philosopher and psychologist Eugene Gendlin. As David Rome writes on Tricycle , “focusing practice helps one to recognize and engage buried feelings and unconscious misapprehensions that may not show themselves in the course of meditation practice.”

Through focusing, people become aware of “felt senses” in their body, which Rome describes as lying somewhere between physical sensations and emotions. By staying with a felt sense, rather than focusing on the initial thoughts and feelings that come up, people may develop new insights into where these felt senses are coming from and how to become unstuck in that area of their life.

Instead of letting go of those felt senses, you consciously choose to stay with them — much like sitting with a friend during a time of need. Over time, you may even learn to love these dark hours of your being.

Coronavirus—During This Time,
Let us Act with Love

The first question is always “Who am I in relation to the current situation?”