Laozi and Quantum Physics - Part 2 of 3 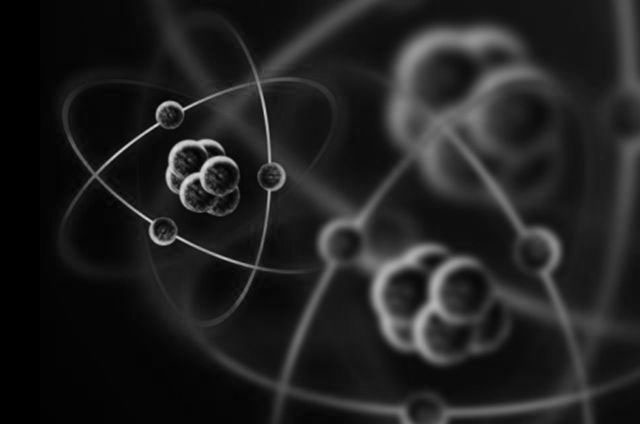 If demoting consciousness from primary evidence to a mere epiphenomenon of matter can be viewed as a first paradoxical development of Descartes’ insight, the advent of quantum physics is a further turning point, of opposite sign and no less paradoxical nature. Because what happened is that by diving deep into the heart of matter, res extensa, exploring finer and finer levels of its structure, we finally were forced to realize that… matter does not exist. Or, to state it a bit more cautiously: matter does not resemble at all our naive intuitive notion of it. At the micro level it behaves in wild ways. And, perhaps more importantly, there does not appear to be a neat separation between what we call matter and what we call mind or consciousness. The two are inextricably linked.

The history of this realization is complex and controversial. But once again it may be useful to focus just on one paradigmatic story: the story of the EPR experiment is a case in point. Its origin is linked with the Bohr-Einstein discussions in the 1930’s. From the beginning experiments in subatomic physics had revealed the strange behavior of what physicists called ‘particles’, constituents of matter on a microscopic level. These microscopic objects could be in various places at once, could be in different states at once and exhibited an intrinsic uncertainty in their properties. They seemed to settle into a definite state, or a definite place, only when they were observed and as a consequence of the act of observation. Such a counterintuitive notion is not easily absorbed - and in fact it has not yet seeped into our day-to-day consciousness, it does not yet inform the way we think and act in the world. Some of the creators of quantum theory themselves had trouble accepting it. The most strenuous critic of the lack of realism of quantum physics was Albert Einstein, who for eight years carried on a lively debate with Niels Bohr, the main person responsible for the so-called “orthodox interpretation” of quantum physics.

In 1935 Einstein developed what he considered to be a decisive argument to prove the incompleteness of quantum physics. He devised a Gedankenexperiment, a thought experiment, that evidenced an implication of quantum physics known as ‘entanglement’, a special kind of ‘action at a distance’ between quantum systems that brought the counterintuitive aspect of the theory to its extreme consequences, leading to results that seemed manifestly absurd. This imaginary experiment, universally known as the EPR experiment, from the initials of Einstein and of the two colleagues, who signed the paper with him, caused quite a bit of trouble to Bohr and to the supporters of the orthodox interpretation.

The technical means available in 1935 did not permit to turn Einstein’s thought experiment into an actual one, and the “EPR paradox”, as it was sometimes called, lied dormant for about thirty years. In 1964 an elegant little theorem proved by the Irish physicist John Bell brought it back to the attention of the physics community. Bell’s stroke of genius consisted in disregarding the physics of the experiment and focusing merely on its logical structure. He defined two essential characteristics of matter as it was conceived in classical physics (and in Einstein’s thinking) as ‘realism’ and ‘locality’. ‘Realism’ means that the results of observations performed on a physical system are determined only by the intrinsic properties of the system itself: if we know those properties completely, we are able to predict the result of any observation performed on the system. ‘Locality’ means that physical systems exist in space (Descartes considered this so central as to be the very definition of matter: res extensa). It must be possible to think of them as occupying a certain portion of space and interacting with other systems only through some kind of action - what physicists call a ‘signal’ - propagating through space. By applying the assumption of realism and locality to the EPR experiment Bell was able to derive a certain constraint for the results. Such constraint is violated by quantum entanglement, therefore Bell’s theorem provided a way to compare quantum physics with the requirements of a general local-realistic theory of matter. Quite surprisingly, an actual experiment promised to answer a philosophical question: is the world ‘realistic and local’?

The experimentalists got hard to work to realize the experiment. It was performed repeatedly in the 1970’s and finally and most cogently by Alain Aspect in Paris in 1980. The results fit the predictions of quantum theory perfectly and violated the constraint implied by locality and realism. What had appeared to Einstein so absurd as to manifestly discredit quantum theory turned out to be simply the way things are. Now we know that nature is not describable in local realistic terms. Our naive notion of matter (which is certainly local and realistic) does not apply on a micro scale. If we take locality and realism as definition of what we mean by a ‘thing’, the implication of Aspect’s experiment is simply that the world is not made of things.

Of traces and reality

The next question that obviously arises is then why does the world appear to us as made of things? Why things appear to us as having intrinsic properties, being localized in space, behaving in all respects - except when we perform the cunning experiments of quantum physics - like the good old objects of classical physics? The problem raised by that question is technically known as the quantum measurement problem. It is still incompletely understood and opinions differ concerning the various proposed solutions. What I will say about it is therefore personal, it reflects the bias of my own work and would not necessarily be shared by all physicists. The phenomenon of quantum entanglement, although deeply challenging our intuitive picture of the world, is by now accepted as a fact by the physics community. People are even trying to build quantum computers based on it. But as soon as we come to the quantum measurement problem we are on much more controversial ground.

My understanding is that the problem is philosophically based. It arises from the Cartesian assumption that the world consists of two distinct substances, mind and matter. These two are actually inseparable, they jointly arise in the process of experience. What do I mean by experience? Within the entangled, inseparable quantum totality processes happen all the time that create correlations between subsystems. Some of these correlations enjoy a certain persistence, are recorded in some way, leave a trace. All our perceptions are like that. The trace can be thought of, e.g., as a neuronal state in our brain, the flickering of an impression or a memory. In quantum physics the trace would be a change of state in one of the systems involved in a ‘von Neumann chain’. (A von Neumann chain would be, e.g. a micro system connected to a measuring device, connected to an amplifier, connected to a computer screen, connected to a printer - or to a human observer, etc.). From the point of view of physics the interesting point is the following: it can be shown that the existence of a trace hides the entangled totality and makes it appear as a world endowed with objective properties. But all our experiences of the world involve the formation of a trace, of a physical change in the world (experience happens within the world!).

Let me call an experience an ‘atom of subjectivity’. But what I just stated above amounts to saying that the formation of a trace is also an ‘atom of objectivity’. I.e. the observing subject and the observed object arise together in the act of experience. Before this coemergence, there is only the entangled totality: no subject, no object. In the act of experience a subject arises as ‘experiencing the world’ and an object arises as ‘experienced world’. These two co-arise: mind and matter are co-extensive, two sides of the same coin.

Therefore, although quantum physics teaches us that the world is not made of things, the experienced world necessarily appears to us as made of things. About the world in itself of course nothing can be said. Quantum physics is only a model, a map. But what the model suggests about the ‘unexperienced world’ is interesting. It suggests that we cannot think of it by using the same categories that apply to the ‘experienced world’. Indeed, we have no language to describe it. If we want to approach it, the metaphoric language of ancient wisdom comes closer to it than the objectifying language of our modern science.

First published in the Holistic Science Journal, September 2012
The author spoke at SAND Italy 2015
<  Back to Part 1

Marcelo Gleiser: The Mystery of Knowing

Axions Would Solve a Major Problem in Physics

In a new paper, physicists argue that axions could explain why the universe isn’t empty