Laozi and Quantum Physics - Part 1 of 3 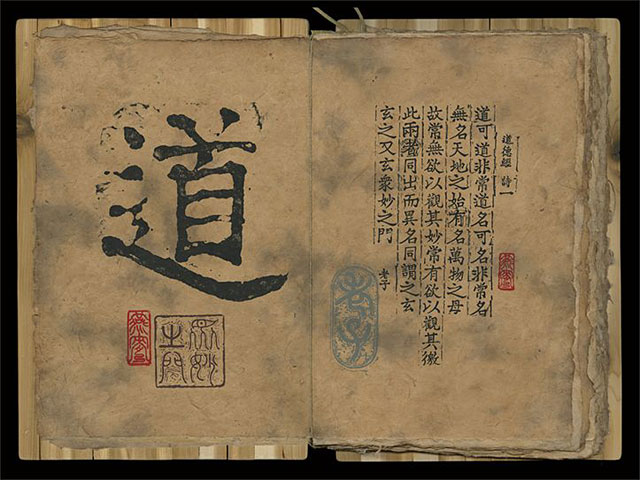 The mind frame of ancient and traditional cultures has been described by the French anthropologist Levy-Bruhl as participation mystique (mystical participation): that is a state of mind in which the ‘I’, the individual identity, does not have sharp boundaries, but is merged with its environment so that consciousness and world are deeply intertwined (Lucien Levy-Bruhl, La Mentalité primitive, Alcan, Paris, 1922.). In these worldviews, consciousness is not an exclusive attribute of the thinking subject: it permeates everything, it belongs everywhere. The whole world is animated; it has an anima, a soul. In ancient Greece, e.g., springs were nymphs, trees were dryads, winds and rivers had their specific gods, etc.

In these cultures every act of everyday life, hunting, gathering, cooking, building a shelter, implies entering into relation with various forms and shapes of consciousness, entering a dialogue with the other, where this other is just as alive and conscious as oneself.

Therefore, e.g., it is essential for the hunter to talk to his prey, not just to kill it, but to win it over as food to nourish his and his family’s life, just as their life one day will be food for other forms of life. In this way of looking at the world, every act of daily life is sacred: every act partakes of the awesome mystery of the circle of life. The human subject is immersed in a circle of life, which is felt as ultimately much more real than one’s individual existence. 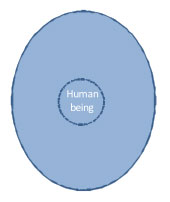 Figure 1: Anima mundi. In this and in the following pictures the large oval represents the cosmos and the blue color represents consciousness or mind. In primitive cultures consciousness permeates the whole world and the boundaries of the “I” are permeable (dotted line): there is no sharp separation between I and world.

(The figures in this paper are inspired by drawings done by Richard Tarnas in a lecture delivered at Eranos in 2008.)

Descartes and the separation of mind and matter

While the history of the separation of the I from the world that characterizes modern consciousness is long and complex - it is the history of our culture - it may be convenient to focus just on one particular turning point, the Cartesian separation of mind and matter, which deeply influenced the development of scientific thinking in the following centuries.

Descartes tackled philosophy in what we might call a scientific perspective. Science was then beginning to take its first bold steps, and the contrast between the progressive accretion of scientific work and the eternal reworking of the same fundamental problems by philosophy must have been already evident to an inquisitive observer. Descartes set himself the task of establishing philosophy on solid ground, of identifying a foundational statement that would be true beyond any possible doubt, and found the only inescapable evidence in his own thinking process. Nothing can be stated for sure about the external world. Nothing can be stated for sure about anybody else’s experience. But the existential fact that in this very moment I am thinking, that is a certainty. “Cogito ergo sum” was Descartes’ formulation: I think, therefore I am.

This withdrawal into the inner dimension of mind necessitated the introduction of a separate category for the outer world we apprehend through our senses. Descartes was therefore brought to consider two essentially different ‘substances’: res cogitans, mind, about which we have immediate and primary evidence, and res extensa, matter, the external world, about which we can only reason by inference based on the input of our sense organs. He considered characteristic of the first that it is not located in space, while the external world we apprehend as having a spatial extension, whence
the name res extensa.

The scientific paradigm and reductionism

The Cartesian separation of mind and matter sealed the estrangement of the modern human being from the world, the isolation of the ‘I’ in its ivory tower surrounded by inert, insensitive, extraneous res extensa. Historically the most significant consequence of this split was that it became legitimate for scientific enquiry to focus entirely on the world of matter in order to discover its intrinsic laws, unencumbered by any metaphysical assumptions of a mental nature (e.g., Aristotle’s idea that things fall because they are attracted to return to their natural place). This endeavour occupied the scientists over the next three centuries, and they were remarkably successful at it. So successful in fact that by the end of the 19th century the res cogitans part of the Cartesian equation had become expendable. In the positivistic philosophy of science any intervention of ‘life force’, ‘spirit’, ‘mind’, ‘consciousness’, etc., in natural affairs became redundant, came to be considered as mere superstition. Mind, which was once Descartes’ primary evidence, became an inessential addition on top of the closed universe of the res extensa.

The reductionistic paradigm keeps being the dominant one today, most significantly in the biological and medical sciences. In the neurosciences, e.g., it is commonly assumed that, once we will know all there is to know about the circuitry of the brain, we will have completely explained mind, or consciousness. In other words, all fundamental causal mechanisms take place at the level of neurons, synapses, etc. Consciousness is merely an epiphenomenon, a by-product of the material processes happening in the brain.

If the world is just inert matter, the whole world is there for us to plunder. But depriving the world of a soul eventually leads to human beings losing their soul also. Then human life loses meaning and our relationship to our fellow humans becomes purely instrumental: the objectification of the world translates into the objectification of other human beings. If the world is reduced to its scientific description in terms of measurable quantities, the relationships between humans also get similarly reduced. Money, as the general abstract measurement of all material exchanges, becomes the ultimate criterion of all human exchanges. The servant becomes the master: our own invention turns around and enslaves us. 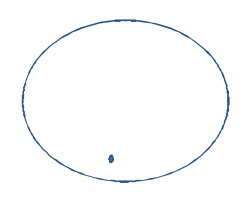 Figure 2: The modern world. Human beings are no longer at the center. Consciousness is only present in us (if at all, if it is not a mere epiphenomenon!) and it came about as a random outcome of purely biochemical processes. The universe is a vast inert assembly of matter devoid of ultimate purpose or meaning.