Integrating Awakening and the Mind’s Pendulum 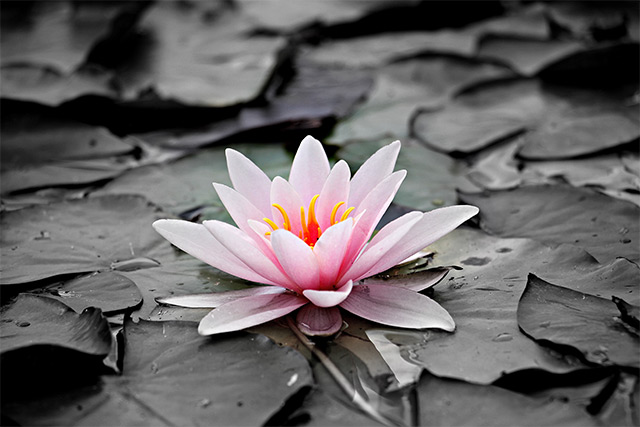 When you first see what you are, Silence or Nothingness, this revelation appears as a window opening to the Reality of Being. When the window opens up you see you are this Silence in which everything appears. All is suddenly shown in its clarity; you see that you yourself are the background of Life itself and all that appears is an experience that is manifesting from and as your Being.

At that point the mind is often absent or, if it is present, it is simply seen as an object that is just appearing in you, Silence. When the sense of separation, the ego concept, starts to show up again as a habit, identifying with it happens as well and that window shuts down again.

If you have tasted the warmth of the sunbeams on your face you will miss it, and when the window is closed you will believe that the Silence is lost. This belief brings you to seek again or, put better, the seeking starts from the memory that you have of yourself, Silence. The seeking will try to have that Silence again, as if it is something that you, as a separate identity, had access to.

Very often what was happening in that moment, inner experiences like bliss or radiance, or external experiences, will be mistakenly taken as the cause of that opening. Quite commonly the seeking will try to repeat those experiences, in the belief that if you feel that way again, or if you do that thing again, then you will see again what you are.

Of course what you are is causeless, so no action in time and space can bring you to the Eternal Now. Those attempts to seek those experiences will fail you again and again, until you are able simply to witness the sense of separation coming back on the surface of Consciousness as just a habitual thought. That flickering on and off from seeing what we are to getting completely identified with the stories of the mind can be exhausting, and can carry on for quite a long time.

The flickering persists in the idea that any experience can define you, because you will try to avoid or to get attached to something that is simply showing up. The possibility to see that you are the still Silence that witnesses the flickering itself is the key point.

You are the Openness in which the sense of separation appears, so there is no need for it to stop. It will show up again and again until it is unnecessary.

Its appearance is necessary for you to be able to witness consciously its contents and perceive fully those knotted feelings that come with it.

You, as Openness, are born as a radiant being, but you get identified with all the different vibrations in which the form is immersed: the anger of Dad, the depression of Mum, all the different attitudes and patterns that compose the world around us and that end up building an inner image of our self.

That image is nothing but the composition of many energetic patterns with which this Openness gets identified through a process of imitation. When you wake up to what you are those images will surface, and at that point is our opportunity to experience them consciously so that they can be dissolved.

This is not often a pleasant journey. Unfinished business rarely is pleasant, otherwise we would have met it before!

The process of integration of a true awakening involves the ability to be able to stay present to those unresolved patterns without trying to avoid them or fix them.

In the welcoming of duality in the nonduality of our Being, we start to integrate Life in this Openness, instead of using our spirituality to escape from Life. In its oscillation the mind pendulum then becomes an opportunity to root and ground this seeing in our everyday life.

The disappearance of old timelines of identities in the Now can be felt as something ruthless and scary - if you are still attached to the old way of seeing yourself. What can be felt is like the wind of Life blowing away all that we knew of ourselves. Yet this is the only way in which we can get clear: letting what is false disappear to be born again to Life as it is.

The journey is called your Life as it is.