In the Quantum World, the Chicken and the Egg Can Both Come First 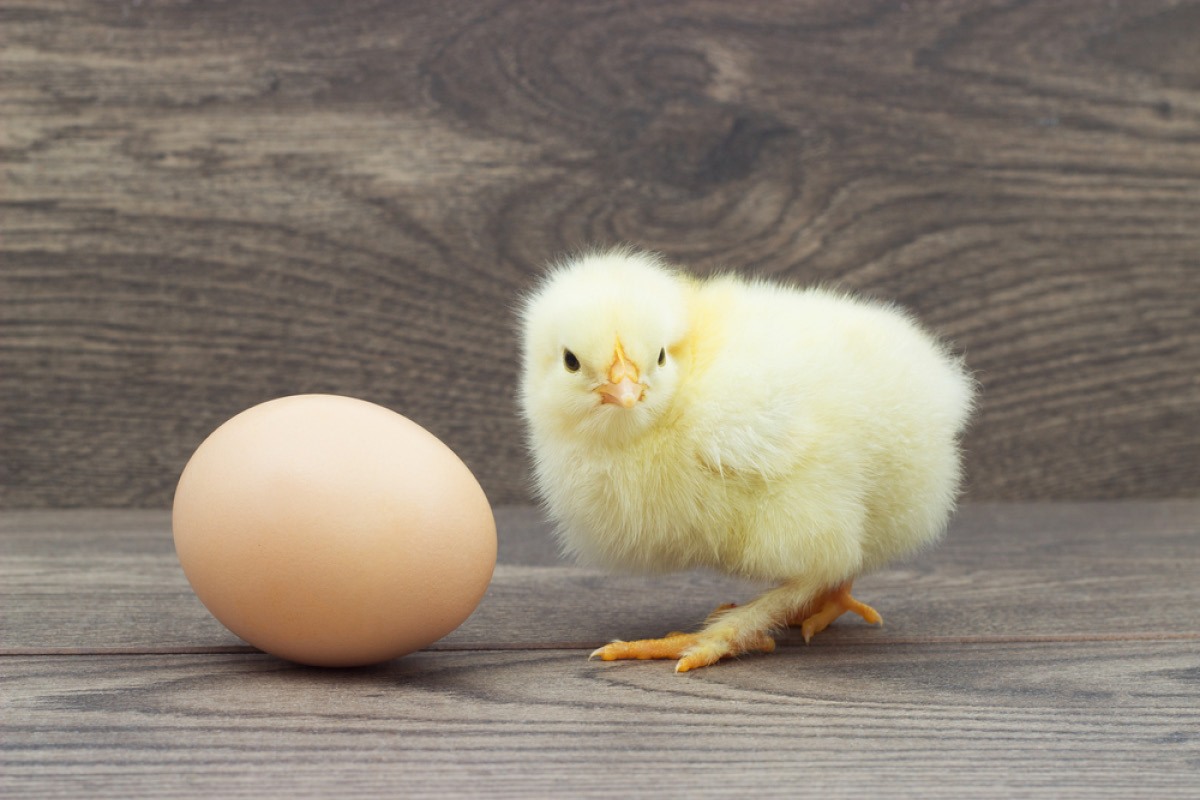 Philosophers, biologists, and barroom thinkers have all pondered one of the greatest mysteries of our time: Which came first, the chicken or the egg? Each group has had strong arguments to back up their case, but quantum physicists may have the most unique answer: the chicken and the egg can both come first.

Researchers from The University of Queensland in Brisbane, Australia, and the NÉEL Institute in France, have shown that in quantum physics, cause-and-effect is not always straightforward—unlike what we experience in our everyday lives.

Throughout your day, there are dozens of events which cause other events—the phone rings and you answer it, you drop your coffee cup and coffee spills on your pants, you put your bank card in the ATM and you get money out. In each case, one event leads to a second one, but not the other way around.

In the new study, which was published August 31 in Physical Review Letters, when researchers fiddled with photons, they found that it was impossible to know in which order two events happened. This is known as “indefinite causal order.”

To see this lack of cause-and-effect at work, researchers built a device called a photonic quantum switch. This involved shooting photons through an interferometer, which causes the two paths of a photon’s quantum wave to diverge and then rejoin.

According to quantum physics, though, a photon can be polarized both vertically and horizontally at the same time. When a dually-polarized photon passes through the interferometer, the photon’s quantum wave splits into two parts—horizontal and vertical—which take both the right and left paths at the same time.

These parts then merge and pass through again, with the photon again taking both paths at the same time. Each part of the photon’s quantum wave, though, takes each path only once. Also, you can’t tell in which order it took those paths—the chicken and egg conundrum.

In order to know what was going on inside the equipment, researchers inserted optical devices like lenses inside. This enabled them “to fiddle with the passing photon,” writes Adrian Cho in Science. As a result, they could see whether the photons always took one path or the other first … or if they took both paths first. The latter option is what they, in fact, observed.

Study author Dr. Fabio Costa, a researcher at The University of Queensland said in a press release: “By measuring the polarisation of the photons at the output of the quantum switch, we were able to show the order of transformations on the shape of light was not set.”

Or to put it in barroom terms: The chicken and the egg were both first. This experiment, though, is not just about settling bets at the bar.

Researchers say that this could prove useful when manipulating and sending information stored in quantum particles like photons or within quantum computers. In these applications, indefinite causal order might help overcome the noise that occurs within optical fibers and other quantum channels.

But don’t expect this experiment to solve the chicken-and-egg question … unless they are quantum-sized.