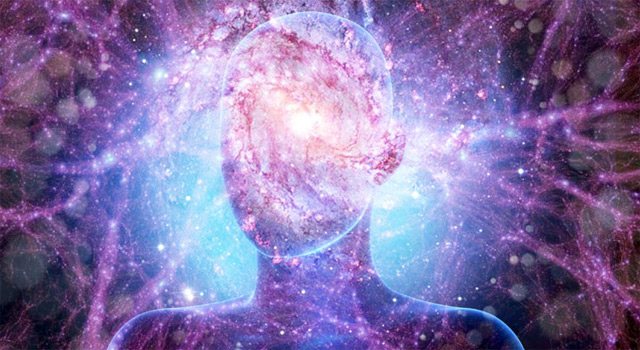 Neuronal and galaxy networks are remarkably similar, according to an astrophysicist and neuroscientist team. Both structures are also more alike to each other than either one is to the interior of a neuronal body or the interior of a galaxy, respectively.

Franco Vazza and Alberto Feletti describe the similarities in a recent article on Nautilus, which include:

In comparing these two structures, the researchers faced a number of challenges, such as:

The researchers also found that the power spectra of the cosmic web and the human brain are not fractal. Fractal patterns show up in other complex systems, such as tree branches, clouds and water turbulence. The non-fractal nature of the cosmic web and brain suggests that they may be “scale-dependent, self-organized structures.”

But does this imply something more profound about the nature of these emergent networks? Given the small number of samples and the different measurements required for the cosmic web versus the brain, the researches are hesitant to speculate further.

To understand more, a dynamic analysis of these systems would be needed — this would show how information flows across both spatial scales and time. This type of analysis is already available for the cosmic web, but more sophisticated computer simulations of the brain are needed.

Efforts like these, write the researchers “will help us fill in some of these details and understand whether the universe is even more surprising than we thought.”

The Scam of Nonduality: Why I Left Teaching and Why I’m Coming Back

I grew up with trauma followed by 20 years of addiction to drugs and alcohol.

Gravity, Gizmos, and a Grand Theory of Interstellar Travel

Jim Woodward’s peers have long dismissed his ideas about gravity and inertia. Now he believes he has the data that will prove him right—and could make interstellar travel possible for humans.

The Physicist’s New Book of Life

Jeremy England says spiritual ideas can inform our scientific quest for the origin of life.

Our Universe is fundamentally inter-connected

The quantum internet will blow your mind. Here’s what it will look like.

What Happened Before the Big Bang?

The Big Bounce theory was once thought impossible. But two physicists have just resurrected it.

Ten Myths About the Quantum Universe

Along with the counterintuitive picture of reality, many myths and misconceptions have arisen