How to Drop Identification with the Body 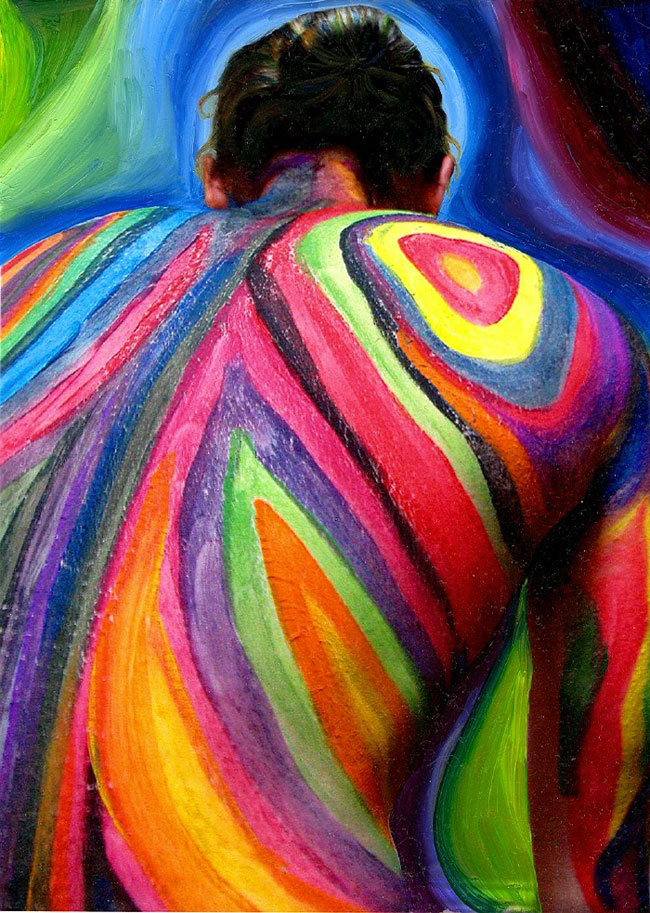 When I used to read the spiritual traditions that put forth the instruction to reach “no thought” or “no mind” it seemed like an impossible task. But I was just naive enough to try. And when I tried, I realized that a lot of thoughts came through. At first, these were mainly time-bound story thoughts of past and future, the kind that everyone experiences as “me.” But just sticking with noticing them coming and going, without clinging or rejecting any of them, brought the realization of “no mind.” Let’s call noticing thoughts in this way instruction #1. That realization is not the experience of having no thoughts. Those experiences of having absolutely no thoughts happened and continue to happen. The realization of “no mind” is the ongoing, moment by moment seeing that thoughts arise and fall but none of them are “me.” They have no substantial nature. They don’t last.  They come and go to nothing. They do not come and go in or to a mind.  “Mind” is just another thought, hence the term “no mind.” In realizing this, all the fruits that the traditions promised revealed themselves in one way or another. There was light, love, bliss and all sorts of experiences of nothingness, Oneness and no self. But these too were just experiences. Like thoughts, experiences come and go. This became very clear.

All of that was the easy part. Despite these experiences and realizations, the body had a different way into “this.” It held all the pain that had never been processed. It stored the contractions that came with being an embodied human. It held blockages and all sorts of odd sensations, such that energy could not flow smoothly. It carried all the urges of my addictions and the perceived threats of my anxieties. In terms of the body, I began to notice the difference between emotions and the denser sensations that seemed physical, almost structural. The latter includes the blockages and contractions that made the body feel somewhat dense, even when the mind was empty of identification with story thoughts.

With regard to emotions, the key was just to feel them. And that meant feeling into them, without thoughts, and letting them just float freely without trying to avoid, fix or fight them. That too was fairly simple and straightforward. Let’s call that way of being with emotions instruction #2 because it is different than instruction #1. One isn’t noticing thoughts, but instead feeling INTO emotion, without thoughts, as if they belong to no one (because they do belong to no one). Whatever message an emotion sends, that insight can be gained and acted upon without clinging to emotion. I say that to answer all the folks who might ask, “But isn’t emotion there to tell me something or help me act.” Yes, perhaps. But there can still be a non-clinging to an emotion even when action is taken or a response happens.

When I say that instruction #2 was simple and straightforward, I do not mean that it was easy. It was simply intuitive. With each emotional wave, the tendency was to avoid, fix or feel at first. But in resting with and in each emotion, they too were seen to be “not me.” They too didn’t last. Feeling into them felt intuitively right since I had spent most of my life trying to avoid, fix or fight emotions. The clinging to emotions ended with the employment of instruction #2, just as the clinging to story thoughts ended with instruction #1. This is not to say that now and then story thoughts and emotions do not arise. They do. But in the non-clinging, they are seen to be insubstantial. Not only do they not define me. But they are not me. What I am cannot be defined or grasped in any way. To even say that it is awareness or the Tao or emptiness is to go too far. Those thoughts come and go and there is no clinging to them. And if clinging arises, instruction #1 is the right medicine. There is no nihilism in this way of being, for nihilism is just another set of story thoughts that have not been examined with instruction #1.

But the body with its denser sensations was another story altogether, quite literally. I did not see at first that the body was a series of images in the mind. It was quite literally a story being told by the appearance of images. But again, I did not see this at first. Everything felt physical, from the blockages to the contractions to the bones and muscles. And as long as these blockages were there, addictive behavior continued in one form or another. As long as there is separation sensed in the body, there will be a grasping outside oneself to medicate these blockages and contractions. But upon further investigating, I noticed that I know these things in the body and I know the body itself mainly by way of these images coming and going. Feeling into images makes no sense. How would one do that? They are pictures. So I went back to square one. If the body is experienced mainly as images, then these images are thoughts. And the rule with thoughts is to let them be seen, let them come and go and let them depart naturally just by seeing them in this way. Non-clinging. That made all the difference. I knew then that all the myriad ways people try to heal the body can be one big act of futility, for to heal the body by treating it as something more than images is a recipe for frustration. This is not to say that medicine, massage, acupuncture and various Eastern and Western approaches to healing the body were useless. No, they definitely helped. But if there is identification with the body, a 1000 massages or acupuncture sessions will only go so far. And the best medicine, East or West, will only heal or deal with a specific element of one’s experience. With identification comes a lifetime of suffering that cannot be dealt with until identification is no longer happening.

Once I began to see the body as images in the mind, I simply began to notice those images coming and going. And blockages began to undo themselves naturally. Energy that was previously stuck began to move, up and out. It became to flow more smoothly. The body was seen to be a story and when the story was no longer identified with, the body was no longer identified with. This is not to say that images of the body do not arise. Again, they arise, but instruction #1 is all that is needed. Sometimes those blockages released emotion, in which case I would feel into those emotions, without thoughts (instruction #2). The body began to feel transparent, empty and also “not me.”  This was a major breakthrough in my pathless path.

There are some who claim that they see no pictures when it comes to experiencing the body. Maybe so. Trust your experience. But do investigate how you know that what you are experiencing is a body. Do you see the shape of the body or a body part within the mind’s eye (within awareness)? Do you sense or feel any shapes? Do blockages seem to have containers, edges or boundaries? If so you are experiencing the body by way of images. I invite you to do as I did, witness them for what they are. See them come and go. If you do not see images, investigate words that stream through awareness telling you that you are your body or that your body is this or that. Those are thoughts. And instruction #1 will work just fine.