How Much More Can We Learn About the Universe? 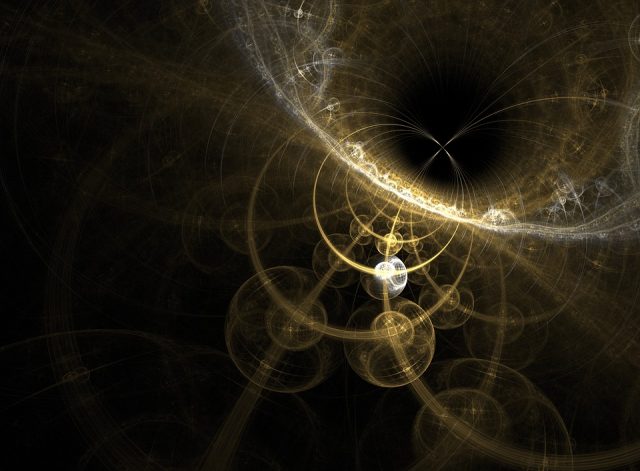 As a cosmologist, some of the questions I hear most frequently after a lecture include: What lies beyond our universe? What is our universe expanding into? Will our universe expand forever? These are natural questions to ask. But there is an even deeper question at play here. Fundamentally what we really want to know is: Is there a boundary to our knowledge? Are there fundamental limits to science?

The answer, of course, is that we don’t know in advance. We won’t know if there is a limit to knowledge unless we try to get past it. At the moment, we have no sign of one. We may be facing roadblocks, but those give every indication of being temporary. Some people say to me: “We will never know how the universe began.” “We can never know what happened before the Big Bang.” These statements demonstrate a remarkable conceit, by suggesting we can know in advance the locus of all those things that we cannot know. This is not only unsubstantiated, but the history of science so far has demonstrated no such limits. And in my own field, cosmology, our knowledge has increased in ways that no one foresaw even 50 years ago.

This is not to say that nature doesn’t impose limits on what we can observe and how we can observe it. For example, the Heisenberg uncertainty principle constrains what we can know about the motion of a particle at any time, and the speed of light restricts how far we can see or travel in a given interval. But these limits merely tell us what we cannot observe, not what we cannot eventually learn. The uncertainty principle hasn’t gotten in the way of learning the rules of quantum mechanics, understanding the behavior of atoms, or discovering that so-called virtual particles, which we can never see directly, nevertheless exist.

The observation that the universe is expanding does imply a beginning, because if we extrapolate backward, then at some point in the distant past, everything in our observable universe was co-located at a single point. At that instant, which now goes by the name of the Big Bang, the laws of physics as we know them break down, because general relativity, which describes gravity, cannot be successfully integrated with quantum mechanics, which describes physics on microscopic length scales. But most scientists do not view this as a fundamental boundary to knowledge, because we expect that general relativity will have to be modified as part of a consistent quantum theory. String theory is one of the major ongoing efforts to do so.

Given such a theory, we might be able to answer the question of what, if anything, came before the Big Bang. The simplest possible answer is perhaps also the least satisfying. Both special and general relativity tie together space and time into a single entity: spacetime. If space was created in the Big Bang, then perhaps time was as well. In that case, there was no “before.” It simply wouldn’t be a good question. This is not the only possible answer, though, and we will need to await a quantum theory of gravity and its experimental confirmation before we will have any confidence in our reply.

Then there is the question of whether we can know what lies beyond our own universe, spatially. What are the boundaries of our universe? Again, we can hazard a guess. If our spacetime arose spontaneously—which, as I argued at length in my last book, A Universe from Nothing, seems the most likely possibility—then it probably has zero total energy: The energy represented by matter is exactly offset by the energy represented by gravitational fields. Put simply, something can arise from nothing if the something amounts to nothing. Right now, the only universe that we can verify has zero total energy is a closed universe. Such a universe is finite yet unbounded. Just like you can move around the surface of a sphere forever without encountering any boundaries, the same may be true of our universe. If we look far enough in one direction, we would see the back of our heads.

In practice, we cannot do that, probably because our visible universe is only part of a much larger volume. The reason has to do with something called inflation. Most universes that arise spontaneously with microscopic size will re-collapse in a microscopic time, rather than endure for billions of years. But, in some, empty space will be endowed with energy, and that will cause the universe to expand exponentially fast, at least for a brief period. We think that such a period of inflation occurred during the earliest moments of our Big Bang expansion and prevented the universe from re-collapsing immediately. In the process, the universe puffed up in size to become so great in extent that, for all intents and purposes, it would now appear flat and infinite—like a cornfield in Kansas that looks infinite despite being located on the huge sphere we call Earth. This is why we don’t see the backs of our heads when we look up in space, even though our universe may be closed on its largest scales. In principle, though, we could see the whole thing if we waited long enough, as long as inflation hadn’t resumed in our visible universe, and is not occurring elsewhere in regions of space we cannot observe.

As for the possibility that regions we cannot yet observe, or may never observe, may be inflating, in fact our current theories suggest that this is the most likely possibility. If we consider the phrase “our universe” to refer to that region of space with which we once could have communicated or with which we one day may communicate, then inflation generally creates other universes beyond ours. Inflation may have been brief within our volume of space, but the rest of space expands exponentially forever, with isolated regions like ours occasionally decoupling from the expansion, just as isolated ice patches can form on the surface of fast-moving water when the temperature is below freezing. Each such universe had a beginning, pegged to the time when inflation ended within its spatial volume. In this case, the beginning of our universe may not have been the beginning of time itself—further reason to doubt whether the Big Bang represents an ultimate limit to our knowledge.

Depending on the processes that cause each universe to decouple from the background space, the laws of physics might be different in each one. We have come to call this collection of possible universes a “multiverse.” The idea of a multiverse has gained traction in the scientific community not only because it is motivated by phenomena like inflation, but also because the possibility of many different universes, each with its own laws of physics, might explain various seemingly inexplicable fundamental parameters of our universe. Those parameters are simply the values that randomly arose when our universe was born.

If other universes are out there, they are separated from ours by huge distances and recede at super-light relative velocities, so we can never detect them directly. Is the multiverse then just metaphysics? Does verifying the possible existence of a multiverse thus represent a fundamental boundary to our knowledge? The answer is: not necessarily. Although we may never see another universe directly, we can still test the theory that may have produced it empirically—for example, by observing gravitational waves that inflation would produce. This would allow us in principle to test the detailed nature of the inflationary process that resulted in our universe. These waves are similar to the gravitational waves recently discovered by LIGO, but differ in their origin. They come not from cataclysmic events such as the collisions of massive black holes in distant galaxies, but from the earliest moments of the Big Bang, during the putative period of inflation. If we can detect them directly—as we might be able to do in a variety of experiments that are now looking for the signature they would leave in the cosmic microwave background radiation left over from the Big Bang—we can probe the physics of inflation and then determine whether eternal inflation is a consequence of this physics. Thus, indirectly, we could test whether other universes must exist, even if we cannot detect them directly.

In short, we have discovered that even the very deepest metaphysical questions—which previously we might have imagined would never be empirically addressable, including the possible existence of other universes—may in fact be accessible, if we are clever enough. No limits to what we may learn from the application of reason combined with experimental observation are yet known.

This is a part of an article that appeared in Nautilus

A Little Doodle from SAND19 Italy

By University of Vienna