How Epigenetics Mediates Between the Environment and Our Genes 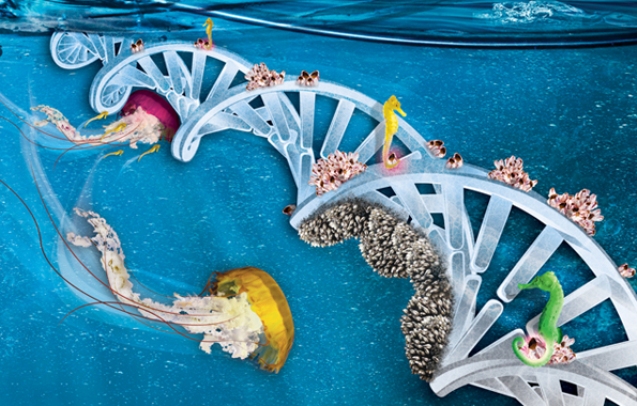 Norrbotten, the northernmost county in Sweden, seems an unlikely place for scientists to find evidence of a radical new twist in how our genes shape who we are. But here in this sparsely populated county within the Arctic Circle, a wealth of historical records have provided a glimpse of how the environment can alter the way in which our genome is read and expressed, with effects that may pass from parents to children, and even to grandchildren.

These effects stem from the 19th century when famines struck the area in an unpredictable pattern every decade or so. Norrbotten is so remote that when crops faltered, people starved. Interspersed among those hard times were years when food grew in abundance and residents ate to their heart’s — or stomach’s — content.

By looking at the meticulous agricultural and health records of the county’s residents, scientists noticed that whether a boy lived through a period of feast or famine could affect the long-term health of not only his sons, but also his grandsons.

In particular, the grandsons of boys who had lived during a period of abundant food died six years earlier than the grandsons of boys who had lived through a famine. And both the children and grandchildren of the boys who had more than enough to eat had a higher risk of diabetes and heart disease. So even though having an abundance of food may have seemed to the boys like a good thing, their overeating had a negative effect on the health of their descendants.

How is this possible? Scientists are still working out the specific mechanisms behind this, but many suspect that it is related to epigenetics . This field, which has been around for 25 years, studies changes in gene activity that are not the result of modifications to the actual genetic code.

The sum total of all your DNA is known as the genome, which consists of a sequence of nucleotide bases. Genes are transcribed to give rise to corresponding RNA, which are then translated into proteins. Proteins play a large role in determining the structure and function of the cells in the body.

But not every gene is active at all times in every cell. Their activity level can be altered by many factors, including small chemical tags attached to the DNA or to the proteins that the DNA is wrapped around. These make up the epigenome, which basically sits on top of the genome.

The chemical tags can affect how genes are read and expressed. Some tags, such as methyl groups, do this by blocking the cellular machinery responsible for transcribing the DNA or causing the DNA to form tighter coils, which makes it inaccessible to that machinery. Other epigenetic tags may have the reverse effect. The end result is an increase or decrease in the production of proteins associated with the genes that have been tagged.

And unlike the genome, the epigenome can be modified, often in response to the environment. In experiments with mice, when female mice were not attentive to their pups — licking them less frequently — genes involved in the body’s stress response were methylated. This “silenced” the genes. As a result, when these neglected offspring grew up they were worse at dealing with stress.

While epigenetic modifications can block the production of proteins associated with tagged genes, the genes themselves are left unchanged. Scientists also found that these epigenetic changes could be passed onto the next generation of mice, similar to what happened in Norrbotten.

So while your genome provides the basic blueprint for who you are, the epigenome acts as a mediator between the environment and the DNA. Scientists are investigating the role of epigenetics in other areas, as well, including aging, cancer, heart disease, mental illness and addiction.

Other scientists are looking at epigenetics as a possible explanation for how trauma can be passed from one generation to the next. The effects of epigenetics are not all bad. Because the epigenome can be modified, actions that people take before they have children may benefit the long-term health of their children and grandchildren.

More research is needed to understand exactly what all of this means in the real world. But some scientists suspect that certain lifestyle changes — such as eating healthier, exercising more, or avoiding exposure to toxic chemicals or stress — may be beneficial to yourself and your descendants. So in the end it may not just be the sins of the fathers visited upon the children, but also the blessings.

He Invented a Surgery and Cured Himself

This college dropout was bedridden for 11 years.