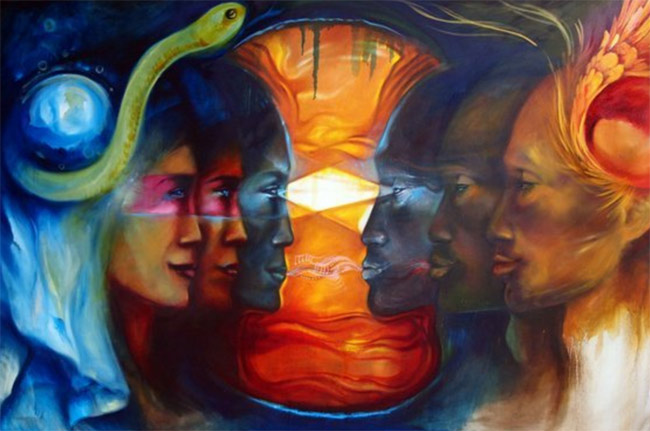 Our life experiences may be passed on to our children and our children’s children through our genes. The open question is, can we make a difference? Will healing our own traumas prevent them being delivered at the baby carriage of our grandchildren? Scientists are now revealing that they have discovered how this genetic inheritance can be turned on or off. The good news: healing personal trauma will make a huge difference to future generations.

According to epigenetics—the study of inheritable changes in gene expression not directly coded in our DNA—our life experiences may be passed on to our children and our children’s children. Studies on survivors of traumatic events have suggested that exposure to stress may indeed have lasting effects on subsequent generations. But how exactly are these genetic “memories” passed on?

A new Tel Aviv University study pinpoints the precise mechanism that turns the inheritance of environmental influences “on” and “off.” The research, published last week in Cell and led by Dr. Oded Rechavi and his group from TAU’s Faculty of Life Sciences and Sagol School of Neuroscience, reveals the rules that dictate which epigenetic responses will be inherited, and for how long.

“Until now, it has been assumed that a passive dilution or decay governs the inheritance of epigenetic responses,” Dr. Rechavi said. “But we showed that there is an active process that regulates epigenetic inheritance down through generations.”

Passing stress from one generation to the next

Researchers have been preoccupied with how the effects of stress, trauma, and other environmental exposures are passed from one generation to the next for years. Small RNA molecules—short sequences of RNA that regulate the expression of genes—are among the key factors involved in mediating this kind of inheritance. Dr. Rechavi and his team had previously identified a “small RNA inheritance” mechanism through which RNA molecules produced a response to the needs of specific cells and how they were regulated between generations.

“We previously showed that worms inherited small RNAs following the starvation and viral infections of their parents. These small RNAs helped prepare their offspring for similar hardships,” Dr. Rechavi said. “We also identified a mechanism that amplified heritable small RNAs across generations, so the response was not diluted. We found that enzymes called RdRPs are required for re-creating new small RNAs to keep the response going in subsequent generations.”

Most inheritable epigenetic responses in C.elegans worms were found to persist for only a few generations. This created the assumption that epigenetic effects simply “petered out” over time, through a process of dilution or decay.

“But this assumption ignored the possibility that this process doesn’t simply die out but is regulated instead,” said Dr. Rechavi, who in this study treated C.elegans worms with small RNAs that target the GFP (green fluorescent protein), a reporter gene commonly used in experiments. “By following heritable small RNAs that regulated GFP—that ‘silenced’ its expression—we revealed an active, tuneable inheritance mechanism that can be turned ‘on’ or ‘off.’”

The scientists discovered that specific genes, which they named “MOTEK” (Modified Transgenerational Epigenetic Kinetics), were involved in turning on and off epigenetic transmissions.

“We discovered how to manipulate the transgenerational duration of epigenetic inheritance in worms by switching ‘on’ and ‘off’ the small RNAs that worms use to regulate genes,” said Dr. Rechavi. “These switches are controlled by a feedback interaction between gene-regulating small RNAs, which are inheritable, and the MOTEK genes that are required to produce and transmit these small RNAs across generations.

“The feedback determines whether epigenetic memory will continue to the progeny or not, and how long each epigenetic response will last.”

A comprehensive theory of heredity?

Although their research was conducted on worms, the team believes that understanding the principles that control the inheritance of epigenetic information is crucial for constructing a comprehensive theory of heredity for all organisms, humans included.

“We are now planning to study the MOTEK genes to know exactly how these genes affect the duration of epigenetic effects,” said Leah Houri-Zeevi, a PhD student in Dr. Rechavi’s lab and first author of the paper. “Moreover, we are planning to examine whether similar mechanisms exist in humans.”

You might also enjoy: The Breadcrumb Trail of Inherited Family Trauma

This Sacred Game Has Been Rigged Against Us

The word “spirituality” has caused a lot of suffering over the centuries. Moral self-righteousness is often tagging along side that word.

These days people have lost their connection with many powerful elements of energy and nature, sound being one of them—as a means of healing and brain entertainment.

It’s Time to Allow Vibration to Have its Way

For well over a century, scientists have been wrestling with what quantum mechanics has been revealing to us about fundamental reality

The Gentle Art of Blessing

On awakening, bless this day, for it is already full of unseen good which your blessings will call forth;…

These days people have lost their connection with many powerful elements of energy and nature, sound being one of them—as a means of healing and brain entertainment.

We are not our brain: How to break the spell of the neurosciences

What are we? A soul? An immaterial mind? A flow of energy? Are we our bodies or neural patterns in our brains?