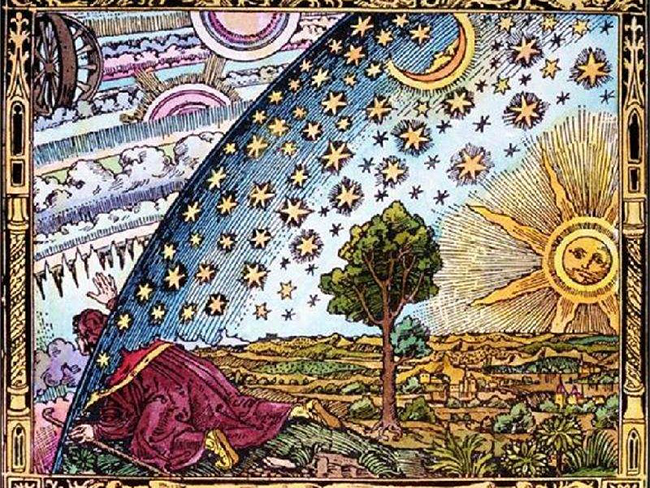 Science and Gnosticism are natural allies. They are commonly misunderstood as enemies because science has degenerated into Literalist science which preaches crass Materialism. Science has become an authoritarian tradition, with its own dogmas, high priests, career structures and vested interests. Scientific Literalists, like religious Literalists, claim their opinions to be the absolute Truth. But, as we have seen, the great scientists were not dogmatic Materialists. They were not dogmatic at all.  What made them able to change our understanding of the world was that they were capable of questioning received opinion and thinking in radically new ways. A very Gnostic trait.

Literalist scientists would have us believe that science has now advanced so far that we’ve pretty much understood the cosmos. A few more advances and all the mysteries will be solved. For Gnostic scientists this is simply crazy. Existence is an absolute mystery and our scientific understanding of it remains primitive. The Nobel Prize winner Wolfgang Heisenberg, who was a founding father of quantum physics, writes

‘I for one no longer understand what we mean when we say we have understood nature.’

‘The human mind is not capable of grasping the universe.  We are like a little child entering a huge library.  The walls are covered to the ceilings with books in many different tongues.  The child knows that someone must have written these books.  It does not know who or how.  It does not understand the languages in which they are written.  But the child notes a definite plan in the arrangement of the books. A mysterious order which it does not comprehend, but only dimly suspects.’

The way forward, we want to suggest, is to follow the example of the great scientists, by rejecting religious and scientific Literalism, and embracing Gnostic spirituality and authentic science, which complement each other perfectly. Science requires a rigorous examination of our shared objective experience in time. Gnosticism requires a rigorous examination of our subjective experience of the present moment. Science is the investigation of reality from the it-perspective. Gnosticism is the exploration of reality from the I-perspective. Science is the study of the nature of the life-dream. Gnosticism is the art of waking up.

According to Einstein science should be motivated by the state of awakening he calls ‘the cosmic religious feeling’:

“The most important function of science is to awaken the cosmic religious feeling and keep it alive. It is very difficult to explain this feeling to anyone who is entirely without it.  The individual feels the nothingness of human desires and aims, and the sublimity and marvellous order which reveal themselves both in nature and in the world of thought.  He looks upon individual existence as a sort of prison and wants to experience the universe as a single significant whole.”

‘I maintain that the cosmic religious feeling is the strongest and noblest motive for scientific research. A contemporary has said, not unjustly, that in this materialistic age of ours the serious scientific workers are the only profoundly religious people.’

The Nobel Prize winner Wolfgang Pauli, a physicist whose brilliance exceeded even that of Einstein, asserts:

‘I consider the ambition of overcoming opposites, including also a synthesis embracing both rational understanding and the mystical experience of unity, to be the mythos spoken or unspoken of our present day and age.’

Certainty Divides Us and Doubt Unites Us
To create a secular spirituality for the twenty-first century we need to adopt the basic premise of authentic science, that all our theories about life are hypotheses not facts. There is no absolute conceptual knowledge.  There are just stories we tell to make sense of our experience and no story is expansive enough to capture the limitless grandeur of existence.

This does not mean we need to adopt the ‘relativist’ theory that all stories are equal. Just because all descriptions of reality are inadequate, doesn’t make them all equally inadequate. Some stories are clearly better than others. To say you are presently reading a book doesn’t begin to capture the whole truth of this moment, which is infinitely rich and so ultimately indescribable. Yet to say you are reading a book is clearly more true than to say you are eating an elephant. None of the stories we tell to help us navigate life are the Truth, but some come closer to being true stories than others.

If we recognise this we can all at least agree about one thing. Life is a mystery and our understanding of it is necessarily always provisional and partial. Nothing is certain. Everyone is giving it their best guess. If we acknowledge this then we can play with ideas not fight about them. We can share our insights and intuitions with each other to see which stand up to scrutiny, look prettiest, and work best, from a starting point of universal agreement.

The Gnostic story is just one possible story. But, unlike other stories, it doesn’t claim to be the absolute Truth, because it teaches that Truth can’t be captured by concepts. Gnosticism does claim, however, to reveal something extremely important about reality ignored by those stories which leave us unconscious in the life-dream.  It is a way of thinking which points beyond concepts to an experiential knowing of our shared essential nature.  But Gnostic philosophy is still expressed in concepts and so remains only an attempt to articulate the art of awakening, not an absolute dogma. From the Gnostic perspective we need to engage in an ongoing quest to create new ways of thinking which reveal more of reality.

We need narratives to live by. Without them we would be like amnesiacs or newborn children, unable to  negotiate our lives. Unfortunately most of us are so wrapped up in our stories we mistake them for certain knowledge. We treat our stories, which are at best relatively true, as the absolute Truth. We are so convinced we know all the answers, we don’t notice the great ever-present question. As The Gospel of Philip cautions:

‘Concepts are very deceptive because they turn the heart aside from the real to the unreal.’

When we see our ideas are ideas, we can use concepts to navigate our lives as individuals within the life-dream, whilst simultaneously always being conscious that life is an absolute mystery.  Not a relative mystery that we could one day solve, such as whether there is life on Mars, but a mystery by its very nature.  Our ideas may be relatively better or worse, but the mystery remains. It is when we forget the absolute mystery of existence that we become lost in our narratives and fall asleep in the life-dream.  It is by seeing our narratives for what they are and staying conscious of the mystery that we wake up.

Gnosticism encourages us to doubt the conceptual certainty which keeps us unconsciously engrossed in the life-dream. Literalists condemn doubt as a great sin, but doubt is a pre-requisite for awakening. Literalists long for constant confirmation of their prejudices, but Gnostics are adroit at doubt. And if we embrace radical doubt we can all meet as equals before the mystery of existence. Because it is when we are sure we know what is going on that we end up fighting over our opinions. Certainty divides us and doubt unites us. (Although we’re not sure about that!)

This article by Timothy Freke and Peter Gandy is an excerpt in two parts from The Laughing Jesus: Religious Lies and Gnostic Wisdom. Part one of this excerpt was posted last week.

The purpose of therapy is to help the client acknowledge, experience, and bear reality

Grief is Healing in Motion

Grief is the response to a broken bond of belonging

The Ego and the Universe

Alan Watts on Becoming Who You Really Are

In a passionate presentation in praise of emotion, Zhen Dao offers a reframe of the traditional dichotomy…