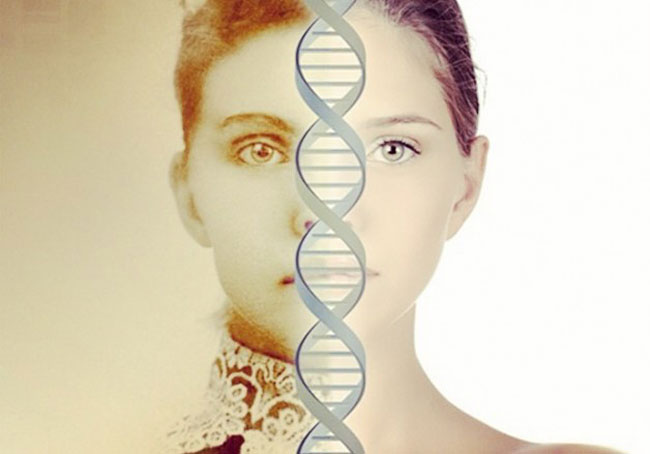 For survivors of extreme trauma, those experiences can have long-lasting effects on their physical and mental health, but an emerging field of genetic research is finding that these physiological changes can also be passed onto the next generation.

Scientists who study these changes, though, are careful not to view them as entirely negative.

“We have to be very careful about how we talk about generational effects. A lot of people want to say generational scars, but they’re merely effects,” Rachel Yehuda, a professor of psychiatry and neuroscience at the Mount Sinai School of Medicine, said in an interview with On Being.

Yehuda’s work has focused on the children of Holocaust survivors and the children of women who were pregnant during the 9/11 attacks. She became interested in epigenetics—as the science is known—early in her career and early in the history of the field.

Epigenetics is the study of changes to genes or the environment of DNA that affects how the DNA is read into RNA, which is then turned into proteins that determine the functioning of the body. With epigenetic changes, the genetic code—the DNA sequence—is not altered, but the shift in how the genes work can have major effects on the body.

“The environmental influence has been so overwhelming that it has forced a major constitutional change, an enduring transformation,” said Yehuda, “and epigenetics gives us the language and the science to be able to start unpacking that.”

In some cases, these changes can be passed onto the children. With Holocaust survivors, the genes that are affected are ones involved in the body’s response to stress. This supports the finding that children of Holocaust survivors are three times more likely to develop post-traumatic stress disorder than other Jewish people whose parents did not go through the Holocaust.

If you are the child of someone who has undergone a severe trauma, the knowledge that your parent’s suffering has affected you at a very basic level may not be very reassuring, but Yehuda sees it differently.

“Just because you’re born with a certain set of genes, you’re not in a biologic prison as a result of those genes,” she said. “Changes can be made to how those genes function that can help.”

Epigenetics allows people to understand better where these effects on their body are coming from, which can be empowering in itself. But Yehuda’s research has also found that the genetic effects can go both ways, with psychotherapy leading to other kinds of epigenetic changes.