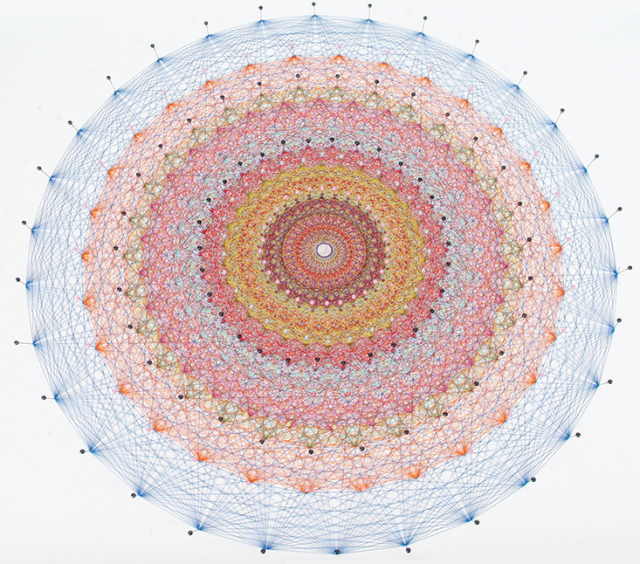 When I started meditating in my teens, I believed in Enlightenment. I was going to get to the Big E, which involved having certain mind-blowing experiences. You’d see the Light, or God would open her kimono, or whatever, and after that you’d glow in the dark. I was super enthusiastic and worked really hard to do whatever I believed it took have those experiences. Months in caves in India. Pilgrimages to rivers, glaciers, and to the tops of mountains. Celibacy. Studying at the feet of masters wreathed in garlands of flowers. Mostly lots and lots of meditation.

This setup for an article usually now transitions into saying that all that was a waste, and that Awakening is always available in every moment without any of that stuff. But that’s not at all how I would describe what I’ve found. Instead, I feel like, Yes, awakening is available in every moment, especially if you’ve done lots and lots of meditation. Even all those rituals, austerities, and external forms were a big help in going deeper. Why?

It’s like being Dorothy in Oz. Just pay attention to the “man behind the curtain” and the magic trick will fall apart, and show you the truth that underlies it. There is nothing in the world that won’t reveal the nature of awareness to you. It certainly doesn’t hurt that some experiences seem more beautiful, some seem more important, some seem extra-special, because any of those conditions may make you pay extra-close attention. Wonder, joy, extreme pain, total confusion — all of them will pique your interest, and are ready to unfold themselves before the gaze of your attention.

It can feel like being a kind of scientist, or maybe more like what used to be called a naturalist. Camping out for months in the bush to see what some interesting creature will do next. Let’s say a naturalist is observing a certain bird. Alert to all its habits and behaviors. What does it eat? How does it find a mate and build a nest? To where does it migrate? The naturalist draws pictures in her notebook of the bird, its activities, its habitat, the fruits and nuts it eats, and so on. Bringing this level of interest and attention to the bird, with great patience and forbearance, over and over again, maybe for many years, eventually allows the naturalist to deeply understand the bird. Or whatever other aspect of nature in which she is interested.

In the same way, the meditator gives all his attention to sensory experiences. At first they just seem normal, quotidian, even boring. Why pay so much attention to something so mundane? But if you push past this point—waiting just a little longer before binge-watching Game of Thrones episodes —something very interesting begins to happen. You start to notice the details, the nuances, the peculiarities. Going deeper, you see something unexpected—things are shifting, moving, changing. Something that seemed solid, isn’t. Something that seemed stationary, isn’t. Something that seemed permanent, isn’t. The sensory experience is revealing a deeper aspect of its nature: it is impermanent. A rigid object has become a wave of sensory activity, opening and spreading in ripples.

You are fascinated, your attention pegged to this unfolding insight. You stick with it, hanging loose, open, but alert as it undulates and radiates in your awareness. And then something very strange starts to happen. The ripples fall off a cliff. The activity vanishes. The waves have zero points where they just disappear and are gone. As you continue to watch, the goneness becomes more interesting than the wave activity, and the goneness expands and expands. It starts to feel like a huge magnet or a black hole, pulling you in. The sensory experiences of being a person, an “I”—mainly visual and verbal thoughts and physical body sensations—begin to display their wavelike nature, too. The very foundation of selfhood, which was previously rigid, static, permanent, now undulates, spreads, collapses, breathes, and flows. Even the experiences of vertigo, terror, or disoriention themselves are just vibratory activity in awareness, surging and crumbling like surf on the beach of an event horizon. The goneness has dissolved you into waves, and the waves themselves—shimmering, shaking, breaking, crashing, spraying—are over and over going to gone, gone, gone.

After the nothing, things unfold slowly into awareness. A few scattered body sensations. External sounds. Eventually the waves of sensory experience rise and fall more rapidly, and one of them freezes into some kind of thought. The peace stretches out forever. You want to never move again. But you will, after a while, and eat your dinner or laugh with friends. There is no worry about this experience somehow going away. There is no concern that it can’t come back.

You are different now. Even as you grab a latte at Starbucks, you are fascinated and amused or even impatient or angry,at the display of the World, but you don’t believe it in the same way you used to. Even the person who is having these experiences is just part of the content of awareness. Just another fascinating display, like a laser light show.

The experience itself has shown you that every experience, every arising of sensory activity in the vast space of awareness, contains an opening. A key to reveal its own secret. It only wants to be known deeply enough. And if you give it that attention, that openness and patience, that loving acceptance, it will unfold, and show you the infinity in its heart.

There is no big E, not the way I thought of it way back when. There is only seeing that all those thoughts lead to infinity.

As I’m fond of saying, the world is like an old sweater. If you begin pulling on one of the threads, it will show you more of the thread. If you follow the thread diligently, tugging and pulling on it over and over, it will eventually unravel the whole sweater into nothing. Into an experience of Zero. That is the nature of every experience. It only awaits your loving awareness.