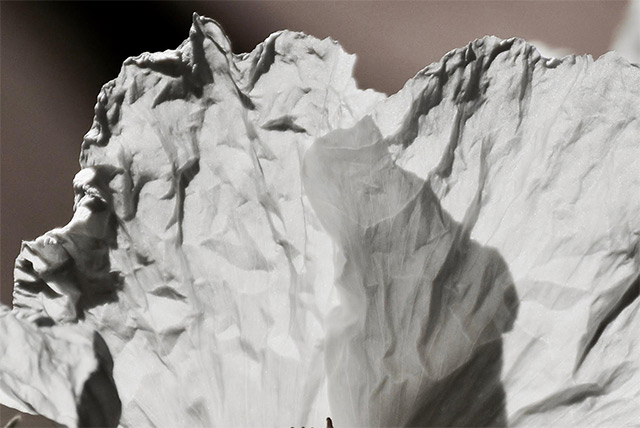 It is Siva Himself, of unimpeded will and lucid consciousness, who is ever sparkling in my heart. It is his highest Sakti Herself that is ever playing on the edge of my senses. The entire world gleams as the wondrous delight of pure I-consciousness. Indeed I know not what the sound ‘world’ is supposed to refer to.

God is Beautiful and He Loves Beauty…

Remember that line, “Beauty lies in the eye of the beholder”? Attributed to Plato, this line literally means the perception of beauty is a subjective experience. Hence, any attempt to define beauty is limited to the quality of individual perception, and bound to fail. So is there any reliable criteria for what we call the experience of beauty, and if there is, what is behind that experience? What makes us gasp with astonishment in the presence of that undeniable feeling? The paradox is here, yet instead of trying to reconcile it in this improvised exposition, I’m compelled to share a few perennial pearls of wisdom strung by one underlying theme. And it is for you, the reader, to make it into a rosary of your own understanding.

By definition the Vedic term rishi means seer, the one who has the gift of perceiving what otherwise is beyond the range of ordinary perception. Yet it is not seeing, but rather “hearing” — perceiving through the subtlest essence of sound — and recognizing something in the ocean of that sound which could be brought to the level of direct cognition. In a way, the creative process of an artist is not dissimilar to that of a rishi, cognizing shapes before they come into existence. Both create a new reality, whether on canvas, carving it out of stone, or weaving it out of space-time, and both require an acute vision, a penetrative way of seeing/hearing so as to give birth to formation out of the molten field of pure potentialities. Among acquired skills necessary for creative processes, the quality of our attention is paramount to the way we are able to perceive the underlying harmony inherent in the very structure of perception. This quality is in the dynamic relationship between the seer, the seen and the process of seeing, and it could be said the very unity is expressed as diversity.

Whenever we recognize anything, we are bringing it forth into existence by partaking in that recognition — be it a wall caressed by the shimmering sunlight at dusk, or a lingering scent of jasmine… the beauty of that moment is initiated by the beholder.

When ancient rishi Vyasa, the compiler of the Vedas (Rig, Sama, Yajur and Atharva Vedas), presented his output to the Lord of Creation, Brahma, seeing the work being done, expressed his satisfaction but, sensing that the four Vedas were accessible only to the learned scholars, asked Vyasa if he would compose something for the layman. Thus the art of drama, nicknamed as “the fifth Veda,” was born. That which lies at the heart of ancient theatre and all of these art forms in East and West, and upon which all classical Indian arts are founded — with no exception to dance, music, poetry, architecture, painting and sculpture — was that original breath of inspiration initiated by Brahma, the aspect of Consciousness responsible for creation, so as to allow householders a certain entrance into transformative experiences amidst their otherwise busy lives. And who knows — perhaps also to allow savoring of the essence and partaking in the beauty of existence in the most refined ways affordable by the embodied spirit in a human form?

The significance of mythology is in its relevance to our mundane reality, which is severely deprived of sacredness. Its narrative is a reflection of the innermost processes taking place within ourselves right here, right now, with a poetic metaphor to reinforce the ageless subtlety of its transmission to that of our modern age. We live in a time when our senses are at once over- stimulated by artificially ignited desires and numbed by the constant exposure to the virtual reality. This in turn influences the quality of our perception — whether we are aware of it or not. Yet, what if the senses here are the portals leading to the direct experience of the wonder of the Self beholding Its own splendor? Yet to re-cognize that, requires a degree of clarity and a degree of refinement of perception. Whence doesn’t matter how many laws we’ve managed to unlock, and how advanced is the technology at our fingertips — for unless we restore the sanctity to the way we experience reality, we might be swaying at the edge of the abyss. Hence the quest. Hence the need for transcendence.

There are as many paths as there are people — or so some say, and though there is some truth to that, when it comes to the matter of Self-realization, we could identify the five main types in which our psyche — through a profoundly intelligent network of neurotransmitters — reflects the fivefold structure of creation. At the subtle level of creation, is where our senses gain their provenance and their power as the expressive potentiality of the five great elements with which nature ceaselessly creates countless phenomena. This phenomenon has been cognized and carefully observed since time immemorial, and — in certain cultures — grouped into systems delineated to align the individual quest for unity in the most appropriate of ways, and in accord with one’s dominant nature. It comes as no surprise that there are certain yogas whose aims may differ somewhat in their emphasis, yet as long as these methodologies lead to unity, these yogas fulfil our aspirations perfectly. These major pathways which emphasize certain predominant aspects of our being — the physiological, the psychological, the emotional, the intellectual and the mechanical — are the ways to realize the Self, and have given birth to the sciences known in the Indian Subcontinent as Hatha-Yoga, Karma-Yoga, Bhakti-Yoga, Jnana-Yoga, and Raja- or Dhyana-Yoga respectively.

This understanding, known to all scholars of Indian Philosophy, and by now a part of the New Age lexicon, is of practical use in as much as it maps certain terrains of our psyche, while giving us greater insights into the actual process of liberation. Needless to say that these ways (i.e., yogas) — that reflect the five channels through which creative impulses flow down to the sensory perception — are not mutually exclusive; they do overlap, crisscross and confluence in their sphere of influence, especially at advanced phases of this process.

Once acquainted with the map, let us explore the territory. Perhaps we could find some hidden — yet filled with beauty — trails which could lead us to the summit of our unique path of Self-realization. And in the myriad of ways to rediscover our essential nature, the Way of Beauty is perhaps the most mysterious. Yet before we go on any further, let us contemplate the term itself, for “beauty” has as many connotations as the language would have it, which some would find incompatible — if not conflicting in their use. With that commonly used line, “Beauty lies in the eye of the beholder,” we run into an inevitable contradiction in our attempt to qualify the meaning of that word. Yet no matter how common that saying is, the line reflects the poignancy of our perceptual ability to contemplate beauty, precisely because seeing (i.e., perceiving) beauty is an act of self-recognition in its most dynamic of ways.

The sense of beauty here is not an aesthetic concept or a sentimental feeling, nor is it acquired through practiced taste, but a powerful wave within Consciousness, which recognizes Its own inherently present sense of harmony (i.e., as integrity) prior to anything formed… and simultaneously as a reflection of Its own magnificence, in a state of perpetual outpouring of Its creative impulses through the myriad of forms and phenomena. Although some spiritual traditions dismiss creativity as nothing but volitional activity — therefore causal (i.e., karmic) in its nature — if we are open to another possibility we might uncover the universal artist in us, and the very reason behind our existence.

Acute sensitivity to beauty is a mark of refinement in itself. It is an ability to perceive the underlying oneness of all creation through perpetually falling into that space where the subject-object ridden rupture is reconciled — even if temporarily. This sensitivity towards the harmony of the underlying structure beneath formation, soothes the heart and stupefies the mind of its entanglement in the dual structure of the brain, giving one the direct and palpable taste of unity amidst diversity. This, when cultured enough and brought to the level of one- pointed recognition, culminates in a state of aesthetic rapture — be it a cathartic experience available through highest art or the most mundane of encounters in nature — and it’s nothing less than the soul tasting the flavor of its own nature as peace. That experience is not limited to artists, for recognition of beauty both in nature and in a work of art is open to anyone who undergoes that unifying feeling evoked by partaking in the act of re-cognition. That constant recognition recreates and reinforces the flavor present in experiencing beauty in any form.

The essence of that blissful state can only be savored through direct experiencing, while the dynamics of that experience have been elaborated through the concept of rasa (i.e., Sanskrit — juice, essence, flavor) which affords deeper insights into the richness of emotional responses, and a variety of mental states. Developed in the Kashmir Valley into an art in its own right by the 10th century sage Abhinavagupta, this practical philosophy is also known as the artist’s way with shanta rasa as the highest flavor. The Tasting of Peace is considered by some to be India’s greatest gift to humanity, in as far as the value of aesthetic experience is recognized to be the raison d’être of Consciousness enacting Its cosmic drama in a human form.

An artist, advaita tantra master and founder of the Flowing Wakefulness Fellowship, Igor Kufayev inspires seekers of truth to recognize the fullest potential present in human birth, and has been serving as a conduit of transmission for awakening for over a decade.