Exquisite Risk: John of the Cross and the Transformational Power of Captivity 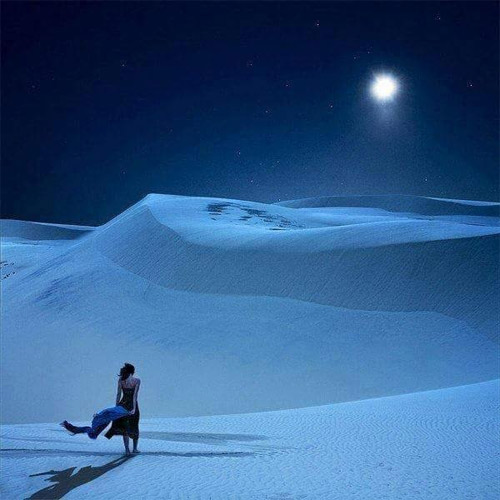 On a dark night Inflamed by love-longing— O, exquisite risk!— Undetected, I slipped away, My house, at last, grown still. —St. John of the Cross

Sometimes it is in our prisons that we find our freedom. In 1577, when St. John of the Cross was thirty-five years old, he was abducted by his own monastic brothers and incarcerated for nine months in a monastery in Toledo, Spain. It was there, as he languished, that the caterpillar of his old self dissolved and the butterfly of his authentic being grew its wings.

Secure in the darkness, I climbed the secret ladder in disguise— O, exquisite risk!— Concealed by the darkness, My house, at last, grown still.

John was a contemplative and a poet. He was undoubtedly an introvert. But he was also a revolutionary. After six years of his engaged leadership in Teresa of Ávila’s efforts to reform the Carmelite order and return it to its roots in desert spirituality, a contingent of Carmelite monks, opposed to the reform, broke into John’s dwelling in the middle of the night, dragged him away, and locked him up. His prison cell, a stone room barely large enough for his body, had formerly been a latrine. His single robe rotted from his body in the fetid heat of summer, and in winter he shivered in the rag that remained. Several times a week, the brothers brought him out to be flogged while they enjoyed their midday meal. Otherwise, he sat in the darkness, tracking the stars through the single small window, high up in the wall of his cell.

“Have you heard?” one monk would say to another in a stage whisper outside the locked door of John’s cell. “The Reform has been crushed.” Or “Teresa is dead.” Sometimes they would direct their comments to the prisoner: “You have been forgotten, Hermano. Renounce la Madre and her wickedness. She doesn’t care about you anyway.” John did not believe them, and he did not forsake his mentor. At least, he did his best not to believe them.

Doubt began to infiltrate his psyche and, though he clung to the life-raft of faith, it began to disintegrate in his hands and he drifted into despair. Like Jonah in the belly of the fierce fish (an analogy John later evoked when he wrote the commentary to Dark Night of the Soul), the imprisoned friar found himself suspended in the void. He was unable to move toward any kind of hopeful future, or backward to the innocent idealism that had led to his being swallowed up in this terrible emptiness.

It was painful enough for him to wonder if God had given up on him, but the true agony descended when he began to find himself giving up on God. At last, he simply ran out of energy and let himself down into the arms of radical unknowingness—which is where the transmutation of the lead of his agony began to unfold into the gold of mystical poetry. It was poetry that saved him.

Not at first, and not all at once, but little by little. Even as John cried out to a Beloved whose presence he could no longer detect and whose existence made no sense, his longing began to take the shape of words, and the words formed themselves into stanzas. He repeated these poems, again and again, until they were seared into his heart and fixed in his mind.

Where have you hidden away, Beloved, and left me grieving? Why would you hurt me, abandon me, Fleeing like a deer? I rushed after you, But my cries only drifted in the empty air.

Like the Bride in the Scripture he loved best—the Song of Songs—John went “tracking the sandal-mark” of his Beloved through the streets and plazas of his ravaged heart and, finding no trace of the One who “wounded his soul and set it on fire,” converted his yearning into sublime love-language. It is the fruit of that alchemy that sustained the poet in his imprisonment and has continued to feed the rest of us for five centuries.

That sweet night: a secret. Nobody saw me; I did not see a thing. No other light, no other guide Than the one burning in my heart.

This light led the way More clearly than the risen sun To where he was waiting for me —the one I knew so intimately— In a place where no one could find us.

Finally, a sympathetic guard slipped sheets of parchment, a quill, and ink into John’s cell so that he could write down the poems he spent his days reciting. That same Brother probably looked the other way when, one night, after the time it takes for a fertilized egg to ripen into a baby and enter the world, John fashioned a robe from strips of the cloth that covered his pallet, tossed it over the ledge of his high window, and hoisted himself out of hell. He scaled the outer wall, crept across the courtyard, and scrambled over the monastery walls. Legend has it that a black dog was waiting for him—a shadow against the darkness—and led him to one of Teresa’s convents in Toledo, where the Sisters swept him into safety and nursed him back to health.

A deep quietude settled on John’s soul as he sat in the convent garden in the mornings with the sun on his face, and as he climbed the hill to embrace the night sky he so loved. From this peace arose a wondrous joy, and from that ecstasy, one of the greatest poems in the canon of mystical literature bubbled forth like water from an artesian well: Songs of the Soul. From this sensual love poem, at the behest of the Sisters, came one of the most important teachings on the spiritual life ever articulated: the prose commentary known as the Dark Night of the Soul.

This is the teaching that saved my life when I was thrown into a prison of my own.

Radical loss can be a prison, and grief can feel like a life sentence. Toward the end of 2001, on the very day that my first book came out—a new translation of Dark Night of the Soul—my fourteen-year-old daughter, Jenny, was killed in a car accident. I heard the prison gate clang shut as I was plunged into a bondage of the heart so violent that I could not imagine ever being set free to live again among the human family. I could not imagine tasting the essence of a ripe pear, appreciating the beauty of the sunrise after another sleepless winter night, or caring about the fragrance of an infant’s hair.

But John of the Cross had taught me just enough to know that my only task was to rest in the Mystery and stop trying to solve the problem of death. My highest calling was to relinquish my attachment to feeling the presence of the Holy One so that the Holy One could do her work in me. Years of contemplative practice had taught me just enough to know not to believe everything I think, or even to expect my practice to save me. Like my spiritual brother John, I closed my eyes and composed silent love poems to a God in whom I no longer believed.

“If only the souls this happens to,” says John, referring to the spiritual crisis known as a dark night of the soul, “could just be quiet, setting aside all concern about accomplishing any task—interior or exterior—and quit troubling themselves about accomplishing anything! Soon, within that very stillness and release, they would begin to subtly taste that interior nourishment, a nourishment so delicate that, if they were purposely to try, they could never taste it.”5

And so I did that. I sat in the center of the conflagration of my heart and watched (with a mixture of self-compassion and mild curiosity) while the flames consumed who I thought I was. Into this wreckage began to seep the “subtle sweetness” of which John spoke. I experienced the breath of my Beloved on my eyelids, the warmth of his hand in my hand. In my unfathomable brokenness, I began to discover my hidden wholeness. My captivity became my emancipation. It was not dramatic; it was subtle, almost imperceptible, but I began to recognize it as a gift of grace, and I said “yes,” and I said “thank you.”

I lost myself. Forgot myself. I lay my face against the Beloved’s face. Everything fell away and I left myself behind. Abandoning my cares Among the lilies, forgotten.

Not only do we have a tendency to miss the chance to engage our experiences of incarceration as monastic opportunities; the reverse is also true: we resist emancipation. John refers to the Israelites as they crossed the wilderness from captivity in Egypt to freedom in the Promised Land. Every morning, when they awoke, the ground was covered with manna from heaven. Every morsel contained the flavor that each wayfarer most loved. And yet, what did the former slaves spend their days craving? “The meats and onions they ate in Egypt.” The food of bondage. We get attached to our inner Pharaohs, as Jewish wisdom teaches us in the Passover liturgy. We settle into the comfortable misery of the familiar prison cells into which we have sentenced ourselves and refuse to embrace the Holy Wildness of spiritual liberation.

The great mystics of all traditions teach us that the spiritual life is not really about consolation; it is about annihilation. It is about allowing the small self, which suffers from the illusion of separation from God, to burn in the flames of transformation so that the True Self may emerge. “In this way,” John writes, “God makes the soul die to all that is not inherently of God. When the soul is stripped bare of her old skin, God clothes her afresh. Like the eagle, her youth is revitalized. She is clothed in newness of being.”

Our prisons take many forms. Some of us struggle with the very real circumstances of physical incarceration. Many of us suffer from profound losses; not only the death of loved ones, but also serious health diagnoses, or loss of a job, career, or community. We may grapple with chronic mental illness, addiction, or the addictive behaviors of loved ones. Embracing our imprisonment as a chance for a direct encounter with the Sacred is counter-intuitive, but it may be the very blessing we most need for our journey home. Stripped of all sensory and conceptual attachments, freed of our own opinions on the matter, these dark nights of our souls dismantle the obstacles that stand between ourselves and our Beloved. Our only task is to say “yes,” no matter how tentatively; to say “thank you,” no matter how quietly.

Mirabai Starr is the author of a new translation of Dark Night of the Soul, by St. John of the Cross (Riverhead Books, 2002) and The Interior Castle, by St. Teresa of Avila (Riverhead Books, 2003). She teaches Philosophy and World Religions at the University of New Mexico-Taos.