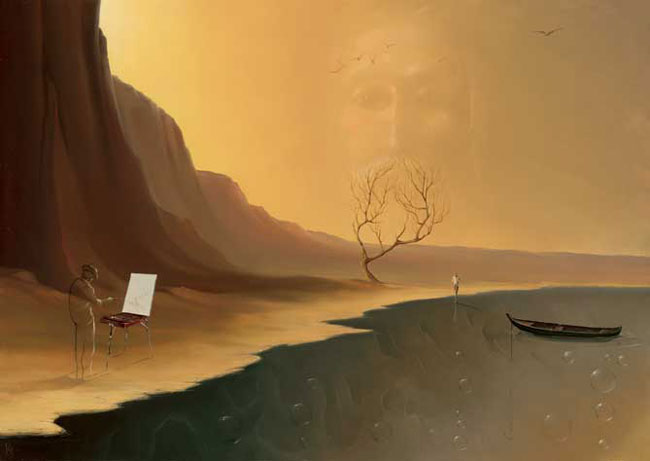 One of the main tenets of quantum physics is that particles, such as electrons and photons, can act like both a particle and a wave. In addition, a particle’s choice for which way it behaves depends upon how it is measured at the end of its journey.

Australian researchers recently confirmed this wave-particle duality by carrying out John Wheeler’s classic delayed-choice thought experiment. Their results confirm that, for quantum particles at least, reality doesn’t exist until it is measured, and that future events can affect the past.

“It proves that measurement is everything. At the quantum level, reality does not exist if you are not looking at it,” said study author Andrew Truscott, a professor of physics at Australian National University in a press release.

When Wheeler first proposed this thought experiment in 1978, he suggested using light beams, or photons, as the particles. The Australian team, though, used helium atoms instead. This added another layer of complexity to the experiment because, unlike photons, atoms have mass and can interact with electrical fields.

In this experiment, which was published May 25 in Nature Physics, the researchers sent a single atom down a path through a grating pattern formed by laser beams. This is similar to the solid grating used to scatter light. If the atom acted like a particle it would travel in a straight line. As a wave, though, the atom would produce the interference bands seen with light passing through double slits.

In addition, the researchers randomly added a second laser grating. They found that when this was present, the atoms created the wavelike interference pattern. When the second grating was not there, the atoms behaved like particles and traveled along a single path.

However, whether or not the second grating was added was determined only after the atom had made it through the first crossroads. The wave-like or particle-like behavior of the atom only came into existence when the researchers measured it after it had completed its journey.

This, says Truscott, shows that “a future event causes the photon to decide its past.”

Why are we here? Where did it all come from?