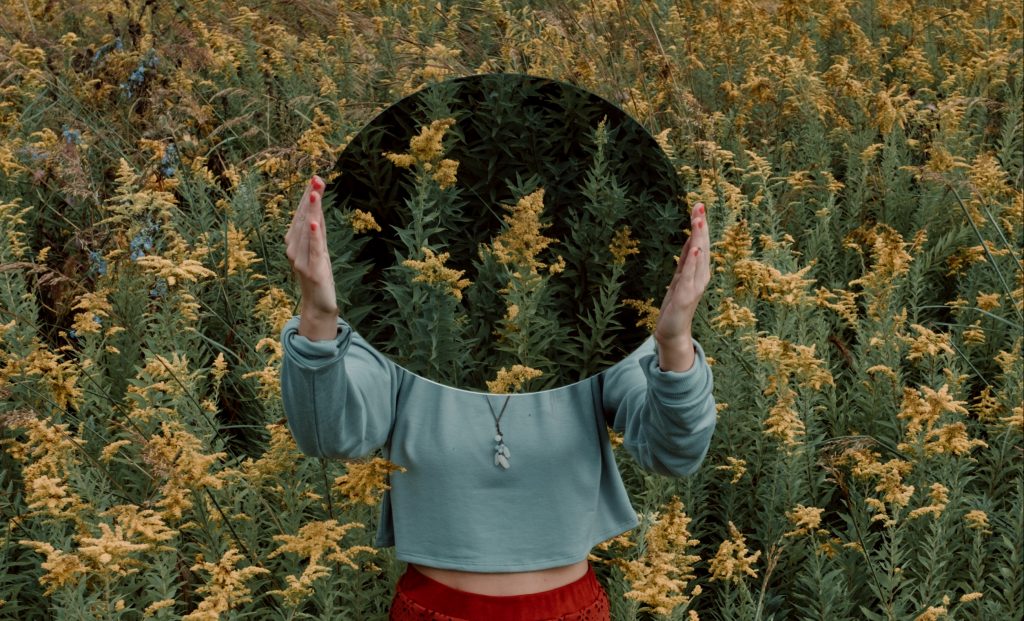 Many great masters have said “Everything is Self,” and this phrase is repeated regularly during spiritual discussions. But what does it mean? Especially when we remember there is another well-known phrase which refers to a deep realization: “There is no self.” With regards to the latter, one of the experiences regularly described by people interested in Advaita is, “There is no-one here and there is nothing happening to no-one.”

So the question would appear to be, how can everything be self, and yet at the same time there be no self?

The explanation for the apparent contradiction is a combination of different perspectives and the language used.

What occurs is that the centre of one’s identity shifts away from the thinking, emotional part of oneself and onto the awareness that is watching and experiencing whatever occurs. Suddenly it is as if “I” have disappeared. There is no-one here but the awareness. There is clearly some-one or some-thing remaining to have the recognition that there is no-one here, but it’s no longer the person that was here. In fact it’s not a person at all. Just awareness, being, or presence.

That addresses the “There’s no-one here” aspect, but not the “There is nothing happening.”

The latter comes into play because, without the identification and emotional attachment to being separate and to the physical environment itself, one’s perception changes from being a physical body in a physical environment to being the awareness that is looking at a scene. And since “everything is one,” the scene is no longer just the regularly accepted mass of individual physical objects (though one must still act as if it is, since the laws of physics still apply), but more a collection of shapes and colors with which one interacts, not unlike wearing a virtual reality headset.

So now the physical environment is no longer just a concoction of random and unconnected objects, but more a simulation: a projection, dream, maya, or illusion. And it is being observed and experienced by an awareness which seems to have no attributes, and certainly none relating to the previous emotional personality.

Thus we have the explanation behind the description, “There’s no-one here, and there is nothing happening to no-one.” The awareness is simply looking onto, and interacting with a three dimensional pictorial scene.

That still does not explain the saying, “Everything is Self,” which continues to appear to be a contradiction - perhaps even more-so, given what we have just described.

The explanation behind this begins with the term “Higher Self.” This is used to point to the being or awareness behind it all, and is what one connects with as one explores and progresses along the spiritual path. It is what remains when the so called lower self, the emotional thinking personality, has fallen away or given up, leaving a sense of being nothing. This Higher Self is the some-one or some-thing that remains when the person has gone.

For many, this shift of perception can be a sudden event. Having identified with the lower self for so long - a self that provided their sense of identity and what they called “I” -  referring to the remaining awareness as any sort of “self” can appear nonsensical. For them, “I am not here! I am no more!”

For others, particularly those who practiced holding onto conscious awareness as a means of spiritual development, what remains when the lower emotional self gives up is “I am. I am the awareness, I AM the Higher Self.”

But (and it’s a big but) though the emotional self may have given up, it has not disappeared totally. Residue of it remains, and since everything is one, this emotional attachment - previously far more willful, and responsible for all the thinking and worrying, and for taking awareness out of the moment - is the very energy creating the appearance of the physical environment, and all the circumstances of one’s everyday life.

So, we have the awareness, often called the Higher Self, looking onto the screen of awareness within its own being, watching and interacting with images created by its emotional lower self. And these two apparent selves merge into one single experience and self expression. The observer and the observed, the dreamer and the dream, become one. “I am This. There is no other!”

And, yes, “Everything is Self.”