Everyone Thinks (It's Me)

Within this celestial, fractal reality there is the illusion of separation – the duality that arises in the mind. We are born into the world as one and we have no idea of ‘me’, the separate self, for some time until it is gradually instilled upon us by the environment and our developing mind. Thoughts, memories, and sensations are assigned to a “person” and a pattern of identification emerges. We hear our name over and over, your toy truck and my toy truck. The hamster wheel starts turning. The brain starts seeking to strengthen this machine – to feed it, to compete, to seek and understand, to avoid failure, etc. And over time, we’ve bought into this illusion until it has become a virtually ubiquitous feature of our culture, and one that has been wreaking havoc throughout human history in varying forms and degrees.

To suggest we are all one might seem like a sappy, hippie cliche, but it is the bedrock of non-duality, most major spiritual traditions, and (more recently) the scientific world. And yet, everyone thinks it’s me. I am me and you are you, two separate, heterogeneous worlds that occasionally interact; this identification and attachment to the body-mind complex is heavily entrenched and continuous for most.

Making matters worse, many aspects of our society actively encourage this false identification for a whole slew of financial, political, and social reasons. You’ve got to get ahead. You can’t say that. You need to be better looking. You are not enough. Because it seems to be separate from the rest of existence, the ‘me’ – by its very nature – is anxious, inadequate, and afraid at its core. This makes it particularly vulnerable to manipulation, a fact that has not escaped those who hold power. This fear is perpetuated and maneuvered carefully to keep the status quo intact. However, this manipulation can work both ways.

The practice of meditation involves a gradual dissolving of this illusion. The ‘me’ ceases to be personal and returns to its true state – universal. There is no longer me and you, there’s just I, playing itself out in the house of a thousand mirrors. And this is not just some etheric-sounding claptrap, it is borne out by quantum physics, thermodynamics, as well as basic neuroscience involving the nature of the default mode network (DMN) in the brain. 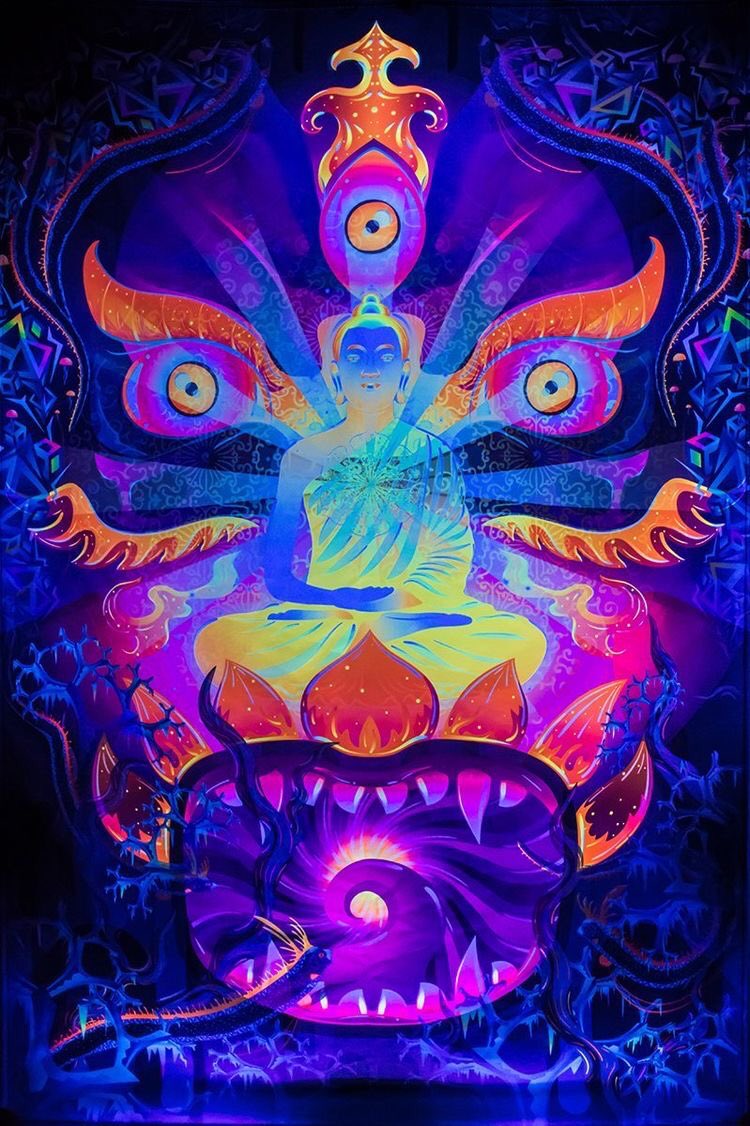 ‘Self and other’ is a major aspect of neural activity going on in the brain regions of the DMN, and meditation (as well as psilocybin and other psychedelics) have repeatedly shown in studies to reduce this activity – permanently, in the case of meditation.

Thoughts and feelings of love and connection with “the rest of the world” increase, thoughts and feelings of loneliness or depression decrease. The separate self, which was formed in the mind, gradually dissolves. This also necessarily extends to other mental concepts that involve the ‘me’, such as spacetime and free will. Who is there to choose? What is it that is supposedly enduring through space and time? Is “mine” actually different than “yours”, or is it a single, infinite substrate apparently having separate experiences for the fun of it? The answer to these questions can be realized through the practice of meditation and self-inquiry. So, what is meditation? By providing a few different definitions across the spiritual spectrum, the effort here is to demonstrate that this is not anything new or even confined to one particular religion or culture. The messengers change, the message is and was the same.

“There is only one meditation – the rigorous refusal to harbor thoughts.”
– Nisargadatta

“Just remain in the center, watching. And then forget that you are there.”
– Lao Tzu

“You can only stop the flow of thoughts by refusing to have any interest in it.”
– Ramana Maharshi

All of these quotes boil down to the same process, becoming a witness to our thinking instead of an active participant.  In so doing, the identification and attachment with the ‘me’ is diminished and eventually broken. The The Lao Tzu instructions are perfectly fitting – just remain in the center, watching. Then forget that you are there. The first part, remaining in the center watching, is “your” doing – the practice of meditation that Ramana and Nisargadatta describe above.

The second part, the forgetting you are there, happens on its own as a result of the practice. The enlightenment. The doer dissipates, the subject-object duality collapses. This process necessarily creates an agony, a crucifixion essentially. The ego (another term for the separate self or ‘me’) has quite a lot of inertia and cunning to it, and will fight bitterly to survive. There is a friction put in motion as the self writhes and agonizes and starves, alternating with the ascending bliss of “enlightenment”, “god”, “brahman” – whatsoever term feels encouraging enough to get you to just sit down in the damn chair and be quiet for awhile. But by and by, with this gradual discontinuation of feeding the self, spaces begin to emerge in what was assumed to be a solid, continuous entity.

The ‘me’, along with all of its dramas and triumphs and tragedies, are seen as a movie projected on a screen. A great non-seriousness and peace arises, the universal witness enjoying a particular slice of cosmic cinema for a little while. To reiterate, while non-duality and meditation may seem radical or nonsensical in some ways, it is really just a different attempt at bringing the main tenets of religion and spirituality into a coherent and even scientific practice. The talent of the messenger lies in their ability to communicate or point towards that which cannot be said. And as humanity continues to barrel closer and progress through its own ruination and rebirth – which is really just a larger scale version of what the individual goes through in meditation – the knowledge and practice of this process becomes more and more vital. Today we find ourselves at the early stages of a monumental paradigm shift. We have exhausted the illusion of separation to its very limits and cannot go any further into this darkness.

The road back from the edge and returning to the light is an arduous one, but it is the inevitable path that is laid out before us. Meditation represents the journey back home – the relative dissolving into the absolute, love overcoming the power of fear.

“..they suggest to ordinary people that you can bypass the fire and enter into the light. But you cannot bypass the fire. And there is no way into the light except through surrender – of self, ecstacy, love. It is as difficult now as it ever was, and the requirements are what they’ve always been.”
– Adi Da For

For more in-depth content on the meditation process as well as the science behind it visit jeffnirenberg.com.

There are still several unanswered questions surrounding the relationship between trauma and Highly Sensitive People.

Meditating the World through Compassion

Compassion is the ability, by Awareness, to recognize and acknowledge only itself everywhere.

Sounds of SAND – Ep. 9 – The Universe in Ecstatic Motion