First published in May 2017 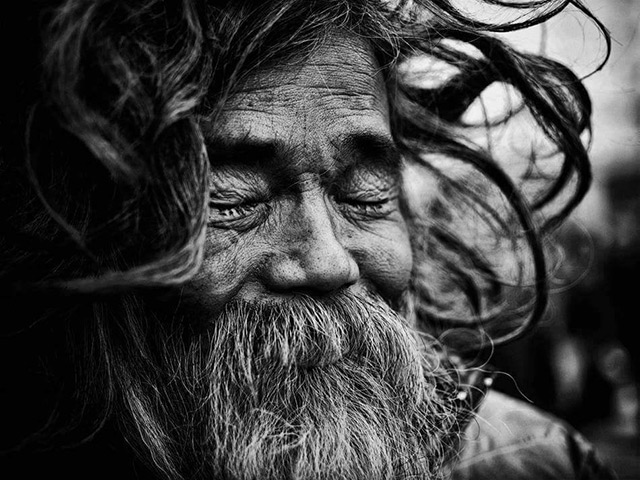 In recent years scientists have been exploring the effects that stress and emotions have on our cells — in particular, on our chromosomes and mitochondrial DNA.

What they have found is that our emotions can shape our physical reality at the molecular level. This may have a number of effects on our health and aging.

Research shows that people with depression are at an increased risk of developing aging-related conditions. Scientists suspect this may be due to effects at the molecular level, such as shortening of the telomeres or changes in the number of copies of mitochondrial DNA.

Telomeres are stretches of DNA at the ends of chromosomes that keep the chromosomes from fraying or sticking to each other — kind of like the plastic tips on shoelaces.

This helps protect our genetic information. Every time a cell divides, telomeres get shorter. This shortening is associated with aging, as well as cancer and an increased risk of death.

Mitochondria are structures inside cells that convert energy from food into a form that the cells can use. They also play a role in the self-destruction of cells, known as apoptosis, which is a way for the body to get rid of aging cells.

A recent study in Molecular Psychiatry [http://www.nature.com/mp/journal/vaop/ncurrent/full/mp201748a.html] by a team led by researchers from The Netherlands examined how depression could change the telomeres and mitochondria. The study followed almost 1,000 people over a 10-year period.

Researchers found that people with higher depressive symptoms had, on average, shorter telomeres in their white blood cells. However, when people’s depression worsened over the course of the study, their telomeres did not necessarily shorten to the same degree.

This is in contrast to a 2014 study [https://www.ncbi.nlm.nih.gov/pubmed/24419039] in the same journal that found that telomeres shortened over time in people with depression and anxiety. In this study, telomere shortening was also increased in men who tended to internalize their emotions.

The Dutch researchers suggest that by the time someone is diagnosed clinically with depression, they may have already experienced some early adversity in their life. This could explain why their telomeres don’t shorten as the depression worsens — the damage has already been done.

Another possibility is that there is a “third factor” that plays a role in the development of depression and the shortening of telomeres. This could be inflammation, say the researchers, which has been linked to depression in other studies. Genetic differences might also be involved.

This study, though, did not find a connection between symptoms of depression and the number of mitochondrial DNA. However, a 2015 large-scale study [https://www.ncbi.nlm.nih.gov/pubmed/25913401] in Current Biology did. Conflicts between the results of different studies, say the Dutch researchers, may be due to how depression is diagnosed in the study and whether people reported the symptoms themselves.

The Current Biology study included DNA samples taken from almost 12,000 women. This group of researchers found that both telomere length and the amount of mitochondrial DNA were associated with adverse life events.

These molecular changes, though, depended on whether women had depression. The changes didn’t occur in women who had experienced stressful life events, such as sexual abuse during childhood, but had never had major depression.

To rule out that depression was not just happening alongside the molecular changes — rather than causing it — researchers did another experiment in mice. The mice were subjected to a stressful event five days a week for four weeks. Stress increased the amount of mitochondrial DNA and decreased the telomere length in mice, which matches what they saw in people.

However, when mice were allowed to recover, the molecular changes were partially reversible. The authors write that adversity in life can affect both the amount of mitochondrial DNA and the telomere length. But whether these molecular changes linger may depend on many factors, such as a person’s susceptibility to depression.

The authors also emphasize that they don’t think the molecular changes cause depression, nor are they risk factors for it. The connection between stress, mitochondrial DNA and telomere length depends upon the presence of major depression.

More research is needed to better understand how depression affects the physical reality inside our cells. This research, though, reminds us to view our emotions with the same respect as our food — as something that can shape our own existence.

The Minotaur Dances the Masculine Back into the Milky Way

An excerpt from the new book "The Flowering Wand: Rewilding the Sacred Masculine"

“Definitely these galaxies are a big deal, but it remains to be seen how exciting they will look in the context of a few months’ progress with JWST,” Carnall says. The best is yet to come.