Does the Brain Filter out a Wider Awareness? ~ Marjorie Woollacott 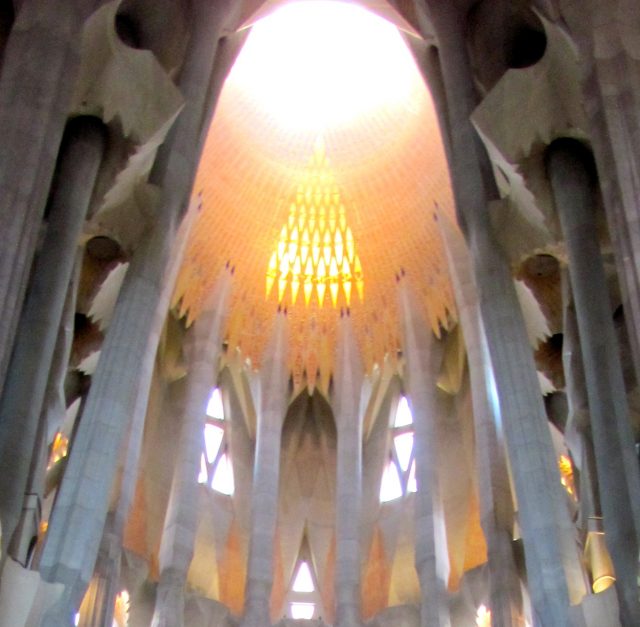 The human brain has amazing capacities. It contains billions of neurons, allowing it to process vast quantities of information so that we can function effectively. But can we have too much information? Yes, and, in fact, filtering information is one of the brain’s most important functions. Brain filtering is an adaptive strategy and ensures that only the information relevant to our goals is allowed into our consciousness. This keeps us from being flooded with irrelevancies that might distract us.

To introduce brain filtering to my neuroscience students, I show them a video of two teams throwing a ball back and forth, and instruct them to track how many times each team gets the ball. After the students give their answers, I ask if they noticed anything unusual during the video. Typically, they say no. I then tell them a man in a gorilla costume walked across the court during the play. When they watch the video again, they see the gorilla. This is a classical case of the brain filtering out information (the gorilla) irrelevant to the task (counting).

Filtering of information through the attentional pathways of our brain was brought to wide acceptance in the 1950s through the work of psychologist Donald Broadbent. There is still debate regarding where in the brain this filtering takes place, but it is known that the two sides of the brain filter information differently. The left controls information important for language abilities and goal-directed actions. The right controls a broader visual-spatial attention that allows us to take in new experiences on the boundaries of our awareness.

In her book, My Stroke of Insight, neuroanatomist Jill Bolte Taylor describes changes in her attention following a stroke to the left side of her brain. Immediately after the stroke, she found it exhausting to focus on what someone was saying. Once she allowed herself to rest in the experience of her right brain, however, she was only aware of the present moment. She says:

In this altered state of being, my mind was no longer preoccupied with the billions of details that my brain routinely used to define and conduct my life…. As my consciousness slipped into a state of peaceful grace, I felt ethereal.

Taylor says that the greatest benefit she received from the experience was an understanding that a “deep internal peace is accessible to anyone at any time.” Taylor’s experience is similar to that reported by many meditators and suggests that reducing the activity of attentional areas in the left side of the brain diminishes one filter on our awareness—and, thus, allows us to experience an expanded consciousness.

Many people’s experiences of this wider awareness have been published over the years. During near-death experiences, for instance, subjects have described perceiving their awareness leave their body and observe details of the attempts being made to resuscitate them. People also report moments when they are aware of something happening to someone many miles away. When they come back to their normal consciousness, these people sometimes ask, “Was it real? Or was it a hallucination?” Is it possible that in these moments the normal filtering mechanisms of the brain are reduced and this reduction allows the experience of expanded consciousness? Perhaps the brain’s filtering mechanisms screen out more than just sensory information.

Current research offers additional information on attentional processing and supports Taylor’s experience that the left side of the brain may selectively filter and, thus, limit access to this broader awareness. Research also shows that training can expand the way we perceive the world. Long-term meditation training, for instance, increases right hemisphere activity, and opens our awareness to a vaster field. Another brain area that is highly activated in meditators and that actually grows larger with meditative practice, is the anterior cingulate cortex (ACC). The ACC is also active during such practices as hypnosis and energy healing, allowing a more expanded consciousness to modulate the activity of the brain and body.

Is it possible that reducing the dominance of the left hemisphere and modulating the activity in the ACC might minimize the brain’s filter? Could minimizing the filter explain the mystical experiences of meditators and the “paranormal” phenomena reported during near-death experiences? This might indicate that there actually is an expanded level of consciousness that is accessible to our awareness. Is it also possible that, in addition to filtering out certain sensory information, the brain also blocks our awareness of this expanded level of consciousness?

William James, considered the father of psychology, made a bold proposal about this function of the brain at the turn of the 19th century, saying that the brain filters our access to a vast consciousness, which extends beyond the limits of neural activity. James proposed that the brain acts as a partial barrier and gives us only the surface of what is possible for us to perceive. The process James described so many years ago is, of course, the filter theory, and he said that what the brain filters out is consciousness itself—a supremely expanded consciousness. Not surprisingly, scientists during James’ time were polarized in their views about the proposal that a vast consciousness is filtered from our awareness by our own brain.

This skepticism persists, despite growing evidence that there are certain circumstances that allow us to experience this expanded consciousness. Research studies indicate that these experiences occur when the brain is inactive or minimally active, as occurs in near-death experiences, energy healing, or deep meditative states. At such times, the filter becomes thinner, and we can experience the expanded consciousness that is usually blocked. If these studies are valid, and I believe they are, we are faced with the paradoxical effects of the filtering process of the brain. The brain’s amazing capacity to filter sensory information is critical to forming coherent perceptions of the world. However, one consequence of this amazing capacity is to limit our direct access to the vast consciousness of which we are a part.

This article first appeared on The Huffington Post, Science Section, Used with Permission, 2016