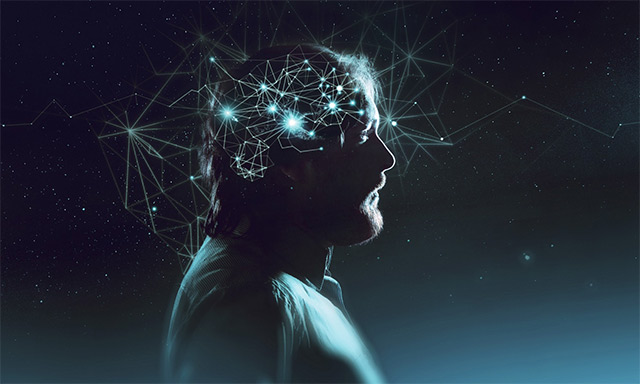 Quantum mechanics is known for its strangeness, from cats being dead and alive at the same time, to particles affecting other ones across vast distances. But as odd as those phenomena seem, there’s one implication of quantum mechanics that may “out-strange” all the others.

“Experiments indicate that the everyday world we perceive does not exist until observed,” writes scientist Bernardo Kastrup and colleagues earlier this year on Scientific American, adding that this suggests “a primary role for mind in nature.”

Observation has long been important for understanding quantum phenomena, including for one of its earliest tests—the double-slit experiment, first described by English physicist Thomas Young to members of the Royal Society in London in November 1803.

In this experiment, individual particles of light (or matter) are beamed at an opaque barrier with two slits. On the other side of the barrier is a photographic plate to record the arrival of the photons. You might expect them to form two spots on the plate coinciding with each of the slits.

What happens, though, is the photons create interference fringes—alternating bright and dark bands—like the kind you see when two sets of waves overlap. According to quantum mechanics, what passes through the slits is not particles, but wave functions—mathematic equations that describe the quantum state of a system.

This phenomenon led physicist Werner Heisenberg to write in 1958, “The idea of an objective real world whose smallest parts exist objectively in the same sense as stones or trees exist, independently of whether or not we observe them ... is impossible.”

For Kastrup and his colleagues, these types of measurements can only be performed by a conscious observer. They write that inanimate objects like a particle detector can’t truly measure a particle. With the double-slit experiment, “the output of the detectors only becomes known when it is consciously observed by a person,” writes Kastrup. Extending this to all of reality, he argues that a “transpersonal mind” underlies the material world.

Not everyone agrees. In a Scientific American article from earlier this month, author Anil Ananthaswamy writes that double-slit experiments don’t necessarily support the existence of a transpersonal mind or the need for a conscious observer to collapse a wave function.

Ananthaswamy does accept, however, that a measurement is needed for this collapse to occur, but he adds that quantum mechanics is unclear about the nature of that measurement. When experiments produce an interference pattern, the results simply support the need for “an ill-defined process called measurement. That’s all,” he writes.

He also points out that there are other ways to interpret the double-slit experiment that don’t require a conscious observer. One is the de Broglie-Bohm theory, also known as the pilot-wave model. In this theory, the photon (a particle) always has a definite position. But it’s riding a pilot wave that goes through both slits to produce the interference patterns.

Other theories provide reasons for the collapse of the wave function that have nothing to do with a conscious observer. One of these collapse theories  argues that as the number of particles in a system increases, the likelihood of collapse also increases. Another theory suggests that objects with greater mass are more likely to collapse.

Experimenters are trying to test these theories, such as by sending larger and larger molecules through double slits in order to find the collapse threshold. Other researchers are working on putting one of the slits in a quantum superposition—being in two locations at once—in order to see how the mass of the slit affects its collapse.

Again, none of these theories require the presence of a conscious observer, suggests Ananthaswamy. He writes that in spite of these experiments, it’s too early to ”make any claims about the nature of reality.” This is especially true given that scientists have yet to agree on the nature of consciousness, let alone whether its observational powers are needed for quantum phenomenon to occur.