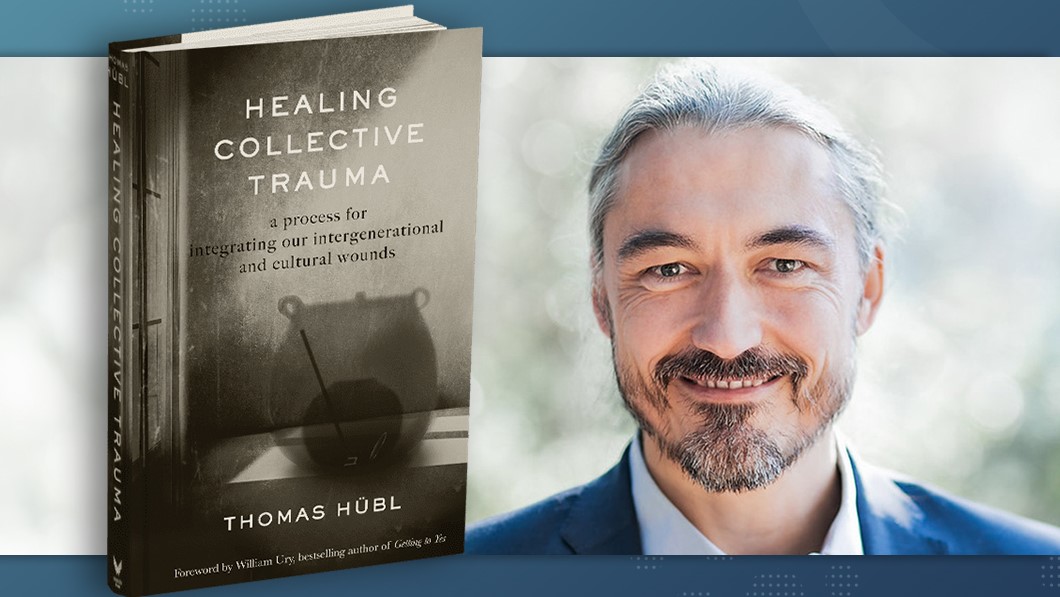 From a mystic’s (or Jungian’s) perspective, every experience or emotion from the past that remains unacknowledged, unprocessed, or denied is stored in the realm of the unconscious, or shadow. These experiences have not been integrated by the psyche or spirit, and so they will—indeed, they must—surface again and again in new but familiar forms. What we think of as destiny is in fact the unintegrated past. And the fragmented, unintegrated past appears always as a false future of repetition, a preprogrammed path along which every individual and every culture sets out until the contents of that past have been brought into the light of consciousness, reconciled and healed. This mystical wisdom reveals itself in the study of history and psychology, and undergirds philosopher George Santayana’s words, “Those who cannot remember the past are condemned to repeat it.”

We may choose to understand these repetitions of shadow content as karma, a Sanskrit word originally meaning “effect” or “fate” (i.e., destiny).

Or we may recognize them in light of our contemporary understanding as trauma—specifically as retraumatization, the unconscious act of repeating the conditions of earlier traumas upon self and others.

Everything that resides in my unconscious inevitably flows into and blends with yours and everyone else’s. All together, they form the collective shadow, which may be visualized as a series of dark subterranean lakes, flowing deep beneath our everyday awareness. The dark waters of the collective shadow become waystations for the energetic residue of unresolved conflicts, multigenerational suffering, and all manner of unhealed trauma. They harbor the unacknowledged hatred of one nation for another, the suppressed terror echoing within a racial group or gender, and the unexpressed outrage felt by a tribe or religious faction.

Psychic energy that is held in the shadow remains out of sight until it becomes activated by external conditions and an accumulation of energetic momentum within the social field. Once activated, the dark contents of the shadow surface like a Loch Ness monster, cresting in the form of patterns of human behavior and consequence, from recurring toxic relationship patterns to poisonous social histories. These repetitions are the silent summoning of our unhealed injuries and unexamined failures. Freud termed the tendency to repeat the painful past Wiederholungszwang, or “repetition compulsion,” theorizing that unconscious retraumatization is an attempt to find conscious resolution to the original trauma. Whether surfacing as histories of poverty, family violence, or addiction or on the social scale as ethnic hatreds, war, or social collapse, repetition compulsion is an ancient undercurrent in human affairs—one that can be healed.

While our will is our own, our choices are inevitably bound and restricted by karma, by trauma, by what we conceive of as “the past”—all that we have denied, disowned, dissociated, and suppressed. The unconscious denial of any experience freezes some portion of our available energy in shadow, thereby restricting our freedom and movement. With every denial or suppression of the past, we create our destiny, which is the repetition of suffering.

Still, as the great spiritual myths reveal, the hero discovers that by acknowledging and repairing the folly of his past, by integrating all he has been, he may become truly free—and more of what he truly is.

The Future Can Rewrite the Past

In both philosophy and quantum physics there is a theory referred to as retrocausality, which posits that certain, perhaps very special, effects may in fact precede their causes. While retrocausality remains hotly debated in both fields, new support continues to emerge. In 2017, the esteemed Royal Society published a paper by physicists Matthew S. Leifer and Matthew F. Pusey titled “Is a Time Symmetric Interpretation of Quantum Theory Possible without Retrocausality?” and presenting theoretical support for retrocausality.

If proven, the theory of retrocausality could mean that influences from the present or future are able to act on, and thereby change, the past. From the mystical perspective, this is an essential principle of grace and is always true. The future indeed has the power to rewrite the past. In fact, when we integrate shadow or trauma, we’re utilizing this principle because healing past energy creates a forward ripple effect. This releases light and energy that was previously held in shadow, offering greater movement and freedom of will in the present.

The retrocausality principle is at the heart of the work I facilitate around trauma healing for both individuals and groups, whether they’re the members of a family, organization, or community of practice anywhere in the world.

There is still some essence of truth in German zoologist and evolutionist Ernst Haeckel’s words, “Ontogeny recapitulates phylogeny.” Put very simply, the origin and developmental stages of a single organism across its life span (ontogeny) looks a lot like the changes that occurred in its ancestors as a whole throughout time (phylogeny). We are meant to develop, to evolve, as all life develops and evolves, and along a similar trajectory—fundamentally, consciously, systemically, mutually. As we awaken in consciousness, we create room for the light of inspiration and innovation to fill and pour through us. This activates flow states, unimpeded currents of pure evolutionary energy. This emergent, creative, and spontaneous stream of light and information is the essence of the authentic future, that which is original and nonrepeating.

As our karmic past is cleared, as trauma is healed and integrated, the genuine future can arrive to meet us. When we greet it from a place of presence and attunement, the world catches fire. Suddenly everything changes, yet nothing is lost. Like Paul on the road to Damascus, where before we were blind, now we see. We recognize new vistas.

We tend to see our world in three dimensions, but physicists tell us there are many more. To attempt to “see” multidimensionally, imagine a hologram. A holographic image is a photographic recording of a light field, appearing visually as a 3D object. While a photograph itself is merely a 2D representation, it can be projected in such a way that it is experienced as a higher dimension (i.e., 3D). Now imagine that you are a being who resides somewhere in, say, the fifth or sixth dimension, so that you are able to see and observe your own dimension, as well as every lower plane that it incorporates—just as we can see and recognize the first through the third dimensions. From your new point of view, you’d likely have a very different perspective on time, which is the fourth dimension. Time appears quite linear to us from our vantage down in 3D, where we commonly assume the past is always behind us, and the future is always before us (and never the twain shall meet). But from a higher dimensional perspective, we might recognize how it is that effects can precede their causes, and thus, how the future can change the past.