“The sense of deep time brings a deep peace with it, a detachment from the timescale, the urgencies, of daily life… a profound sense of being at home, a sort of companionship with the earth.”
–Oliver Sacks 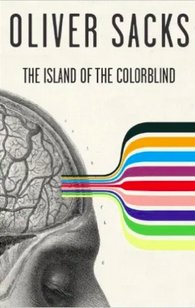 “When we have learned how to listen to trees,” Hermann Hesse wrote in contemplating what our arboreal companions can teach us about belonging and life, “then the brevity and the quickness and the childlike hastiness of our thoughts achieve an incomparable joy.”

Nearly a century later Oliver Sacks (July 9, 1933–August 30, 2015) — another titan of insight at the nexus of nature and human nature — explored how trees root us in deep time and absolute presence. In his superb 1997 book The Island of the Colorblind (public library), Sacks recounts to Micronesia on a journey “not part of any program or agenda, not intended to prove or disprove any thesis, but simply to observe.”

Wandering the rain forest of Rota in a state of reverence, Sacks echoes Thoreau’s ideas about nature as a form of prayer and writes:

"I find myself walking softly on the rich undergrowth beneath the trees, not wanting to crack a twig, to crush or disturb anything in the least — for there is such a sense of stillness and peace that the wrong sort of movement, even one’s very presence, might be felt as an intrusion… The beauty of the forest is extraordinary — but “beauty” is too simple a word, for being here is not just an esthetic experience, but one steeped with mystery, and awe."

Sacks traces this sense of awe in nature to his most formative memories. He felt it first as a child, lying beneath the ferns — a lifelong love of his; he felt it again upon entering the iconic Kew Gardens as a young man — a place he found to be not only of botanical fascination but endowed with “an element of the mystical, the religious too.” More than a century after the great nature writer Richard Jefferies — a compatriot of Sacks’s and a peer in the small group of writers who enchant the reader with the science of the natural world — considered how nature’s beauty dissolves the boundary between us and the rest of the natural world, Sacks considers the smallness of the word beauty in holding this expansive sense of awe in nature:

"The primeval, the sublime, are much better words here — for they indicate realms remote from the moral or the human, realms which force us to gaze into immense vistas of space and time, where the beginnings and originations of all things lie hidden. Now, as I wandered in the cycad forest on Rota, it seemed as if my senses were actually enlarging, as if a new sense, a time sense, was opening within me, something which might allow me to appreciate millennia or eons as directly as I had experienced seconds or minutes."

He finds a parallel of this awe-induced fathoming of deep time in the mating rituals of horseshoe crabs near his home on City Island, New York — something he would later revisit in his sublime memoir. Every June for the past 400 million years, the horseshoe crabs emerge from the water, mate, deposit their eggs onto the sandy shores, then quietly return to the sea in which life began on the primordial Earth. In sharing a beach and a moment in time with these “rugged models, great survivors which have endured,” Sacks finds the same sublime consolation found in an ancient forest — a sense of deep time and an awareness of the interconnectedness of life consonant with the pioneering naturalist John Muir’s insistence that “when we try to pick out anything by itself, we find it hitched to everything else in the universe.” Standing amid the rainforest — a place governed by the beauty of interrelation — Sacks reflects:

"The sense of deep time brings a deep peace with it, a detachment from the timescale, the urgencies, of daily life. Seeing these volcanic islands and coral atolls, and wandering, above all, through this cycad forest on Rota, has given me an intimate feeling of the antiquity of the earth, and the slow, continuous processes by which different forms of life evolve and come into being. Standing here in the jungle, I feel part of a larger, calmer identity; I feel a profound sense of being at home, a sort of companionship with the earth."

Complement this particular fragment of the thoroughly fantastic Island of the Colorblind (public library) — which also gave us Sacks’s wisdom on evolving our notions of normalcy and treating the chronically ill with dignity — with Walt Whitman, a poet beloved by Sacks, on the wisdom of trees, then revisit Sacks on narrative as the pillar of identity, the three essential elements of creativity, the paradoxical power of music, and his stirring meditation on what makes for a life fully lived.

Originally posted on The Marginalian

Photo by Daniele Franchi on Unsplash