Dark Side of the Moon - Spiritual Teaching & Identity 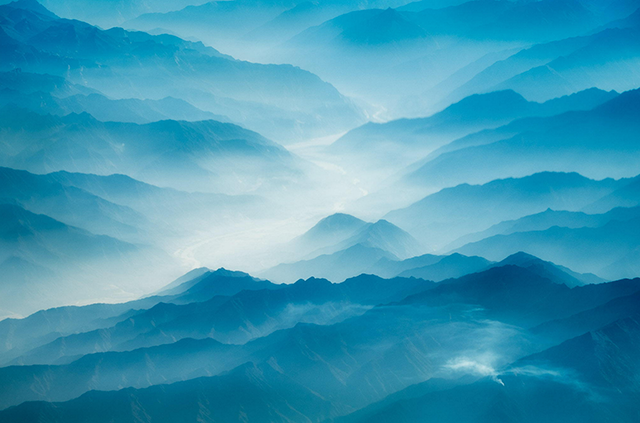 A popular misconception around spiritual teachers is that their work is complete: they are free, happy and at peace and there is no longer a need to suffer. The spiritual seeker may be driven by the fantasy of this attainment. In fact, the celebration of freedom within the whole gets displaced by an agenda to be free from the whole.

Yet despite the proliferation of awakening experiences and of spiritual, nondual teachings, life doesn’t end with personal awakening. The awakening out of the illusory nature of the separate identity might be a landmark in self-liberation, but it’s not an endpoint in the dance of individuality within unity.

Awakening involves the breakdown of a structure of identity. In this, part of the fallacy of identification is realized, as the light at source of all identity shines through the breakage. Yet, just as the body continues to move through its seasons and the electricity bill still needs to be paid, so does the process of identification continue.

Awakening doesn’t mean freedom from identification, any more than it means the instant evaporation of the physical body. After awakening, identification simply has the possibility to become more fluid, less grasping, less likely to get caught in ideas, wants, needs, pretense and “self”-defense. Identification happens in each moment of perception. When a teacher and student look at each other with innocence, the teacher becomes the student and the student becomes the teacher. If instead, teachers look at their reflection in the eyes of the student, or vice-versa, they get stuck in a form of narcissism.

If identity is fluid, when we look at a flower, we become the flower, in all its bristling, perfect imperfection. There is nothing between us and the flower. We don’t stay the “human” looking at the “flower”. The flower absorbs our consciousness and the “I” is revealed as inseparable from the “I” of the flower. This is what we could call natural identification: we don’t get stuck in it. Fluidity comes with the ease to move outward towards all things, and back to the transient identity of a separate form in a separate body. “It’s totally OK to pick things up and experience them,” says spiritual teacher Russel Williams. “But you also need to be able to put them down again, in their place.”

Problems with identity and identification occur when fluidity is lost, when we get attached to a form of identity that becomes fixed and recreated by the imagination in order to satisfy some personal agenda, such as a need for safety; a desire to escape pain or responsibility; a fear of rejection; or an ambition to become superior to the whole. Often, these causes of attachment are rooted in unconscious forms of trauma: an unbearable sense of division from the whole.

“It is not enough to wash a veneer of ‘Oh well, everything is equally an expression of Awareness and therefore nothing matters’ over our beliefs and feelings,” writes Rupert Spira. “This kind of superficial thinking is one of the safer refuges for the apparently separate self in those that have added a veneer of spirituality to their persona.” 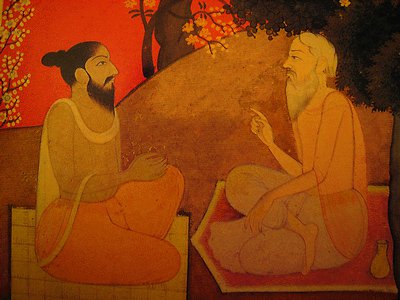 The spiritual teacher and psychologist John Welwood has named this illusion the “spiritual bypass”: “I think there is basically one wound,” he told Tami Simon of Sounds True, “…that is the wound around love and being disconnected from love, and that is the ultimate wound.”

“I’ve seen a lot of people using spiritual bypass to get away from themselves,” says Dr. Gabor Mate. “so that the so-called spiritual seeking itself, or the seeking of transcendental experience, and the self definition as a spiritual seeker, can be a way of avoiding contact with their truer selves, even though it’s being done in the name of contact with their truer selves.” This psycho-spiritual formula of the “seeker”, could be equally applied to the psychology of the “finder”.

As part of the human family in its current state, we are all, to some degree, formed by and living out the trauma of disconnection and a resulting addiction to the belief in a separate self. This plays in our process of self-realization long after an awakening experience, irrespective of whether we are student or teacher; speaker or listener, writer or reader.

At source and from a deeper level of reality, there is no student and there is no teacher. Teacher-student is a transient duality of co-dependent forms, ultimately arising to meet the needs of the whole. Identification with the form of teacher or student is part of the fluidity of identification. Yet, as with all identification, it can get complicated, or even harmful, when that fluidity is lost. Illusion is born with the fixation of life in an idea of what we believe it is “supposed” to be.

I Am the Universe (and you’re not)

At the root of the trauma of the separate self is an apparent split in consciousness itself, between the one that sees, and the form that wants to be seen. The sensation of being seen (and affirmed in positive attributes) is critical to an infant form to remain in unity.  Yet, the craving birthed from the lack of this affirmation from the outside can continue throughout physical life.

At its root, there can be an inner narcissist that demands a constant supply of affirmation in order to maintain the illusion of the superior separate self. Although Narcissistic Personality Disorder (NPD) is officially a mental disease (even winning reduced sentences for murder), every human harbors the potential for narcissistic pathology to some degree.

After awakening, (after forms of identity and personality are recognized as temporal and relative), the temptation to re-identify to the form of spiritual teacher can be strong. Yet it is a form that of itself is riddled with narcissistic temptation when deeper trauma begins to emerge. With a kind of whiplash from the separate self, the urge to identify and entangle with the new image and status of the separate, enlightened individual can be overpowering.

Narcissistic traits include: amorality (spiritually disguised as nondual wisdom – being beyond good and bad, right and wrong); exaggerated feelings of self-importance (the urgent significance of the spiritual message, and the messenger); excessive need for admiration (an insatiable hunger for more students or disciples); a lack of empathy (the claim to be free of suffering, and an implicit judgement on those who are not); grandiosity (a sense of entitlement and expectation of special treatment); exploitation of others for personal gain (the three traps of sex, money and power); jealousy of others (and a preoccupation with jealousy of others towards themselves); and difficulty to take responsibility (the whole world is an illusion). 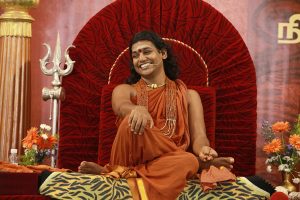 Cult leaders typically have seven to eight pathological narcissistic traits. According to cult expert Bob Pardon: “Religion is tailor-made for their fantasies. What better manifestation than to be like God?” Yet between the purity of the Buddha and the horrors of Charles Manson, there are infinite shades of grey.

After awakening, there is a passion to bring the same liberation from false identification to others. The brave ones express that passion and begin to teach, directly out of their own experience. In this, there is a dedication of service to the needs of the whole. It can have a tremendous beauty, within a collective emergence of consciousness from beyond the restraints of form. Its power is found precisely through the sheer diversity of forms of spiritual teachings and teachers.

Perhaps the same psychology is arising both in spiritual teaching and science. “Individuality is only possible if it unfolds from wholeness,” said the great physicist David Bohm. “Ego-centeredness is not individuality at all.”

“The body-mind is like a room. It is there, but I need not live in it all the time.”  —Nisargadatta Maharaj

The Ego and the Universe

Alan Watts on Becoming Who You Really Are