Consciousness isn't a Mystery—Matter is.

Previously published in May 2015 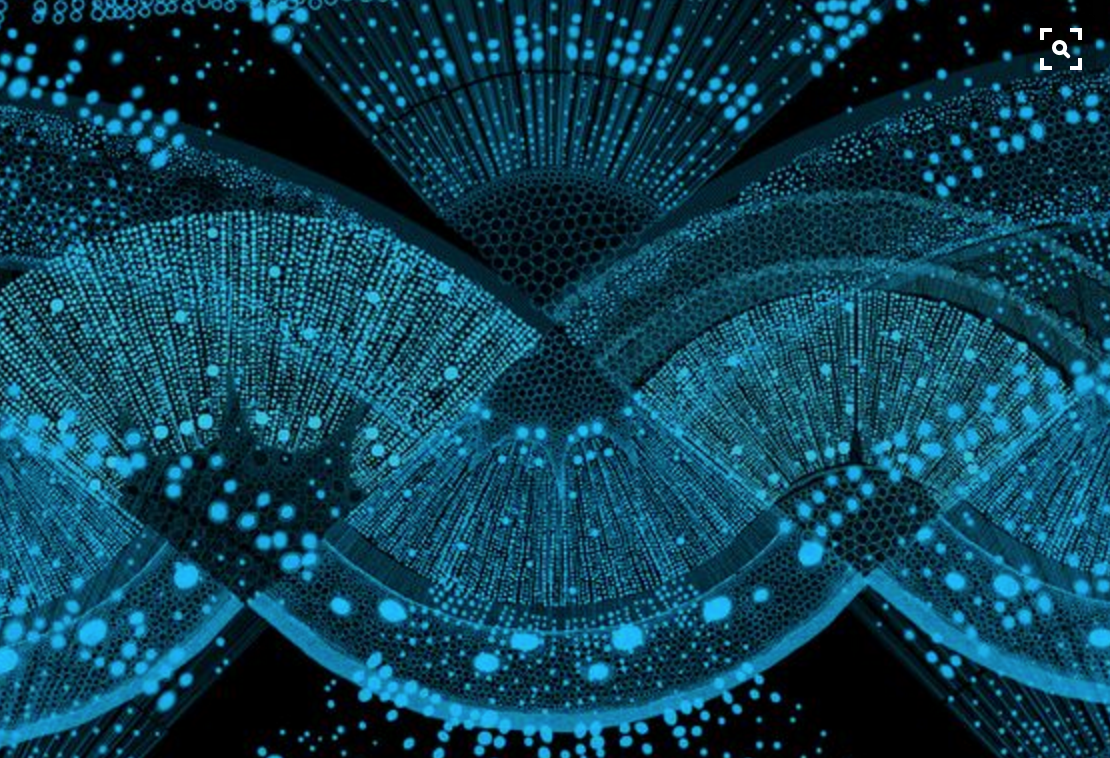 It is precisely science that makes the key point shine most brightly: the point that there is a fundamental respect in which ultimate intrinsic nature of the stuff of the universe is unknown to us — except insofar as it is consciousness.

I find this odd because we know exactly what consciousness is — where by “consciousness” I mean what most people mean in this debate: experience of any kind whatever. It’s the most familiar thing there is, whether it’s experience of emotion, pain, understanding what someone is saying, seeing, hearing, touching, tasting or feeling. It is in fact the only thing in the universe whose ultimate intrinsic nature we can claim to know. It is utterly unmysterious.

I think Russell is right: Human conscious experience is wholly a matter of physical goings-on in the body and in particular the brain. But why does he say that we know nothing about the intrinsic quality of physical events except when these are mental events we directly experience? Isn’t he exaggerating? I don’t think so, and I’ll try to explain. First, though, I need to try to reply to those (they’re probably philosophers) who doubt that we really know what conscious experience is.

The reply is simple. We know what conscious experience is because the having is the knowing: Having conscious experience is knowing what it is. You don’t have to think about it (it’s really much better not to). You just have to have it. It’s true that people can make all sorts of mistakes about what is going on when they have experience, but none of them threaten the fundamental sense in which we know exactly what experience is just in having it.

“Yes, but what is it?” At this point philosophers like to give examples: smelling garlic, experiencing pain, orgasm. Russell mentions “feeling the coldness of a frog” (a live frog), while Locke in 1689 considers the taste of pineapple. If someone continues to ask what it is, one good reply (although Wittgenstein disapproved of it) is “you know what it is like from your own case.” Ned Block replies by adapting the response Louis Armstrong reportedly gave to someone who asked him what jazz was: “If you gotta ask, you ain’t never going to know.” 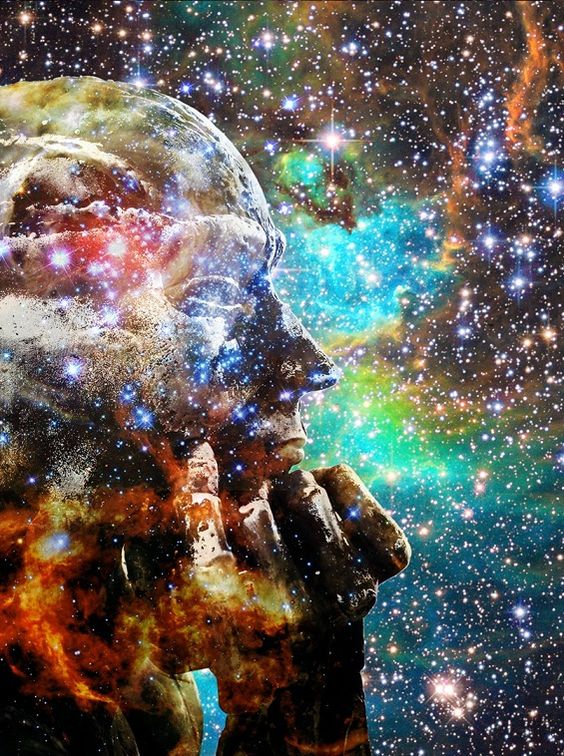 So we all know what consciousness is. Once we’re clear on this we can try to go further, for consciousness does of course raise a hard problem. The problem arises from the fact that we accept that consciousness is wholly a matter of physical goings-on, but can’t see how this can be so. We examine the brain in ever greater detail, using increasingly powerful techniques like fMRI, and we observe extraordinarily complex neuroelectrochemical goings-on, but we can’t even begin to understand how these goings-on can be (or give rise to) conscious experiences.

The German philosopher Gottfried Wilhelm Leibniz made the point vividly in 1714. Perception or consciousness, he wrote, is “inexplicable on mechanical principles, i.e. by shapes and movements. If we imagine a machine whose structure makes it think, sense, and be conscious, we can conceive of it being enlarged in such a way that we can go inside it like a mill” — think of the 1966 movie “Fantastic Voyage,” or imagine the ultimate brain scanner. Leibniz continued, “Suppose we do: visiting its insides, we will never find anything but parts pushing each other — never anything that could explain a conscious state.”

It’s true that modern physics and neurophysiology have greatly complicated our picture of the brain, but Leibniz’s basic point remains untouched.

His mistake is to go further, and conclude that physical goings-on can’t possibly be conscious goings-on. Many make the same mistake today — the Very Large Mistake (as Winnie-the-Pooh might put it) of thinking that we know enough about the nature of physical stuff to know that conscious experience can’t be physical. We don’t. We don’t know the intrinsic nature of physical stuff, except — Russell again — insofar as we know it simply through having a conscious experience.

We find this idea extremely difficult because we’re so very deeply committed to the belief that we know more about the physical than we do, and (in particular) know enough to know that consciousness can’t be physical. We don’t see that the hard problem is not what consciousness is, it’s what matter is — what the physical is.

We may think that physics is sorting this out, and it’s true that physics is magnificent. It tells us a great many facts about the mathematically describable structure of physical reality, facts that it expresses with numbers and equations (e = mc2, the inverse-square law of gravitational attraction, the periodic table and so on) and that we can use to build amazing devices. True, but it doesn’t tell us anything at all about the intrinsic nature of the stuff that fleshes out this structure. Physics is silent — perfectly and forever silent — on this question.

This point was a commonplace one 100 years ago, but it has gotten lost in the recent discussion of consciousness. Stephen Hawking makes it dramatically in his book “A Brief History of Time.” Physics, he says, is “just a set of rules and equations.” The question is what “breathes fire into the equations and makes a universe for them to describe?” What is the fundamental stuff of physical reality, the stuff that is structured in the way physics reveals? The answer, again, is that we don’t know — except insofar as this stuff takes the form of conscious experience.

We can say that it is energy that breathes fire into the equations, using the word “energy” as Heisenberg does when he says, for example, that “all particles are made of the same substance: energy,” but the fundamental question arises again — “What is the intrinsic nature of this energy, this energy-stuff?” And the answer, again, is that we don’t know, and that physics can’t tell us; that’s just not its business. This point about the limits on what physics can tell us is rock solid, and it arises before we begin to consider any of the deep problems of understanding that arise within physics — problems with “dark matter” or “dark energy,” for example — or with reconciling quantum mechanics and general relativity theory.

Those who make the Very Large Mistake (of thinking they know enough about the nature of the physical to know that consciousness can’t be physical) tend to split into two groups. Members of the first group remain unshaken in their belief that consciousness exists, and conclude that there must be some sort of nonphysical stuff: They tend to become “dualists.” Members of the second group, passionately committed to the idea that everything is physical, make the most extraordinary move that has ever been made in the history of human thought. They deny the existence of consciousness: They become “eliminativists.”

This amazing phenomenon (the denial of the existence of consciousness) is a subject for another time. The present point — it’s worth repeating many times — is that no one has to react in either of these ways. All they have to do is grasp the fundamental respect in which we don’t know the intrinsic nature of physical stuff in spite of all that physics tells us. In particular, we don’t know anything about the physical that gives us good reason to think that consciousness can’t be wholly physical. It’s worth adding that one can fully accept this even if one is unwilling to agree with Russell that in having conscious experience we thereby know something about the intrinsic nature of physical reality.

So the hard problem is the problem of matter (physical stuff in general). If physics made any claim that couldn’t be squared with the fact that our conscious experience is brain activity, then I believe that claim would be false. But physics doesn’t do any such thing. It’s not the physics picture of matter that’s the problem; it’s the ordinary everyday picture of matter. It’s ironic that the people who are most likely to doubt or deny the existence of consciousness (on the ground that everything is physical, and that consciousness can’t possibly be physical) are also those who are most insistent on the primacy of science, because it is precisely science that makes the key point shine most brightly: the point that there is a fundamental respect in which ultimate intrinsic nature of the stuff of the universe is unknown to us — except insofar as it is consciousness.

This article was originally published in Opinion Page of www.nytimes.com

Galen Strawson is a professor of philosophy at the University of Texas at Austin, and the author, most recently, of “Locke on Personal Identity: Consciousness and Concernment.”